So, You Want To... Have a Conversation

Get together with friends at one of these hangouts 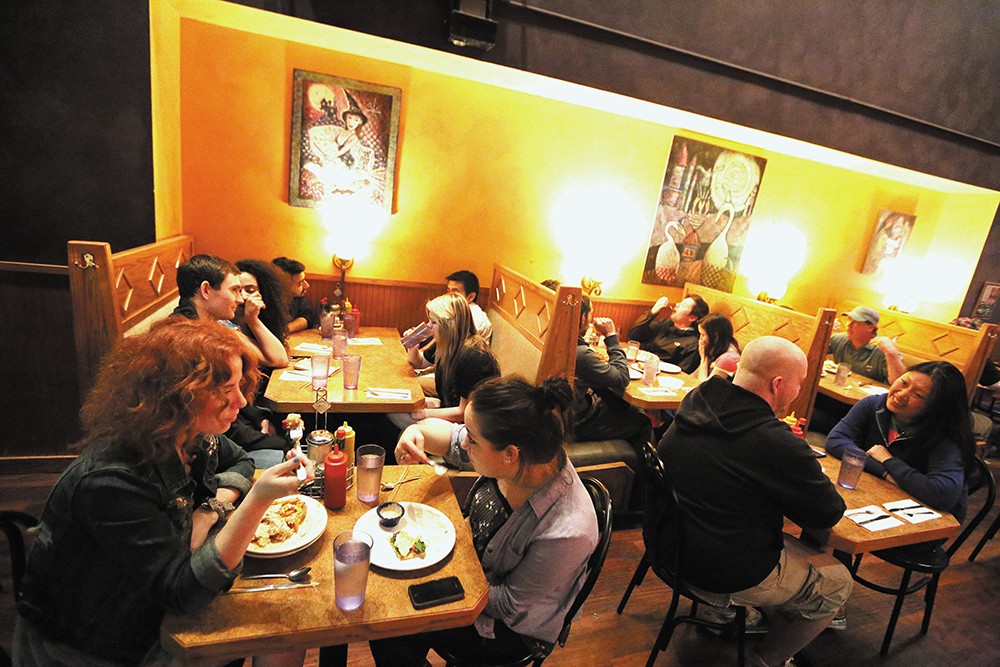 It's a common problem: You've got a date, but you need to find a place where you can actually hear the person across the table from you when they speak. Sometimes sports bars are too loud and dance clubs too chaotic, and you just want a spot where you can just get a couple of drinks, some food and catch up. Here are a handful of options.

The Satellite Diner has been a downtown destination for two decades, earning a following for its late night hours, all-day breakfast and full bar. The food is also delicious, and affordably priced. You may have to wait awhile for a table during peak dining hours (this can be especially difficult after the bars close on a weekend), but if you can snag one of the comfortable booths or sidle up to the counter in the meantime, it's a prime hangout spot with conversation-starting atmosphere. 425 W. Sprague, Spokane • 624-3952

Garageland started as a record store and bar, then became a restaurant/bar with a record store attached, and now it's simply a restaurant and bar. But in all of its incarnations, it's earned a reputation as one of the coziest downtown hangouts. With its retro furniture and art, its main seating area feels like a bunch of different (and all equally quirky) living rooms converged, and there's also a corner with a vintage sofa and armchairs. And if the conversation needs a jumpstart, you and your date can indulge in the arcade games and pool table in the back of the place. 230 W. Riverside Ave., Spokane • 315-8324

A must-stop shop for beer fans, Coeur d'Alene's the Filling Station is a gastropub with a whopping 55 taps. Their rotating beer list leans heavily toward Pacific Northwest breweries, including suds from the likes of Spokane's Iron Goat Brewing, MickDuff's Brewing Company of Sandpoint and Boise Brewing. The food menu not only includes appetizers and bar snacks, but also burgers, taco, brisket and staples like shepherd's pie. The Filling Station likens itself to the sitcom bar Cheers on its website, so perhaps you can become a future regular. 501 Sherman Ave., Coeur d'Alene • 208-665-4681

Browne's Addition regulars are no doubt familiar with El Que, the tiny taqueria that's often the last place left open after everything else in the neighborhood has closed down. It's a narrow but cozy space that gets a lot of its interior light from the tabletop candles, with a long wraparound bar and a couple corner tables that offers privacy for conversation. The place also boasts a wide selection of infused tequilas and a menu of delicious tacos. When the weather gets warmer, they also have a roomy patio where you can camp out for a few hours. 141 S. Cannon St., Spokane • 624-5412

The original print version of this article was headlined "So, You Want To... HAVE A CONVERSATION"