Umphrey's McGee brings flexibility to the Hive in Sandpoint 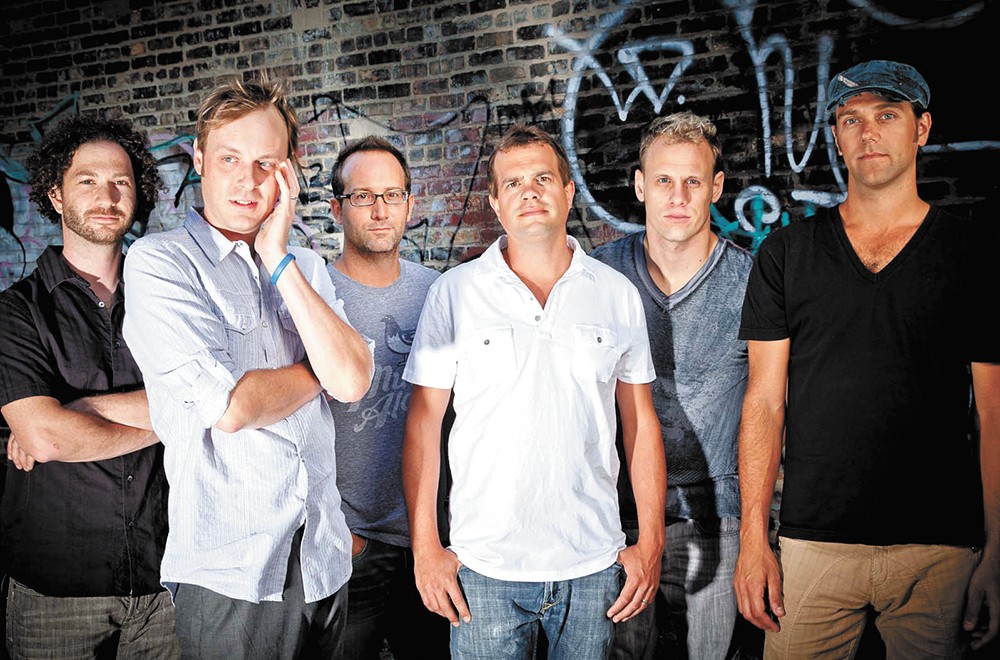 About a third to half of Umphrey's McGee shows are improvised.

The six members of Umphrey's McGee

are stoked to play the Hive in Sandpoint next Thursday, for a couple of reasons.

First, the venue is owned by Jeff Grady, a friend of the band who's been trying to get Umphrey's to his spot for a while now, says keyboardist Joel Cummins.

"I've got to say, we're really happy we took him up on it, because the show is almost sold out," Cummins says. "It's a nice thing whenever you play a market for the first time and you can go into a sold-out show."

Secondly, Umphrey's first venture into Sandpoint gives the band a chance to stretch its setlist-building skills a bit. With around 190 original tunes in the live rotation, according to Cummins, and a third to half of each set dedicated to improvisation, Umphrey's McGee has unparalleled flexibility when it comes to song selection.

Take that flexibility, put it in front of new ears in a new town, almost a year removed from an album release (and associated promotional considerations), and pretty much anything is fair game.

"It's a really wide, diverse palette that we can choose from, (and) we tend to use the songs more for launching points for improvisation," Cummins says. "We still play a lot of the composed material, but we're always trying to surprise the fans and (incorporate) improvisation... in different places that might catch somebody off guard."

Such is the luxury of being in a prolific band with a solid lineup that has put in countless hours together — both in studios and on stages — for nearly two decades. Formed at the University of Notre Dame in 1997, Umphrey's McGee started out delivering Midwest colleges and house parties a free-wheeling blend of classic pop-rock and prog that owed more to King Crimson and the Beatles than the Grateful Dead. Since, the band has embraced concert taping and the vast power of the Internet on its way to becoming one of the heavier staples of the national jam-band scene.

But that's live. In studio, Umphrey's McGee is coming off a couple of relatively concise efforts: 2014's lean, rock-focused Similar Skin and 2015's The London Session, for which the band recorded 10 tracks in one day at London's legendary Abbey Road Studios. For the former, Umphrey's challenged itself to trim the fat of its live persona. For the latter, it had no choice but to be laser-focused, given the time constraints.

"We're always trying to really get at the essence of a song and trying to deliver the definitive version of whatever that is. That's the goal in the studio," Cummins says. "Live, it's kind of the opposite. We've found over the years that the more successful shows are the wilder ones where we just... let things happen naturally and explore space." ♦