While nothing in show business is a sure thing, this had all the makings of a potential hit.

An appealing and increasingly famous stand-up comic with some real acting chops in the lead role. A killer supporting cast of up-and-comers and familiar famous faces. Backing from Gary Sanchez Productions, the company founded by Will Ferrell and Adam McKay.

For Spokane native Scott Moran, who co-created Robbie with comedian Rory Scovel (along with Stuart Jenkins and Anthony King), the show was the next natural step in a career that started with a move to Seattle decades ago after graduating from Lewis & Clark High School and taking a few classes at Spokane Falls Community College. After years of doing stand-up comedy, then moving behind the camera as a director, the 43-year-old Moran and Scovel figured they'd found the perfect showcase for a goofball Southern character Scovel had been playing around with among friends.

Comedy Central agreed, outbidding two other networks for Robbie and ordering up eight episodes the team filmed in Atlanta last year. The plan was to premiere the show in January or February on cable networks across the country.

But, as we all know, plans are folly these days.

The CBS takeover of Comedy Central parent company Viacom last year sent the network into some inner turmoil, Moran tells the Inlander from his Los Angeles home, and Robbie found itself caught in the chaos. With little to no fanfare, Comedy Central decided to air the pilot in early May, then immediately released the entire series online as the network's first-ever binge-oriented release, available free on YouTube and Comedy Central's website and app. While neither Moran nor Scovel love the lack of network promotion, they're embracing the approach of putting the entire series out at once in hopes of finding an audience.

"I actually love that it's on YouTube, because everyone can see it," Moran says. "If the comments on the show are good, I know it's going to spread. It's already growing."

"I think the way the show came out, being on YouTube as opposed to coming out every week, works because our show is very digestible," Scovel adds, noting that the show's light tone and ongoing stories and characters might have been hard for viewers to remember if they had to wait a week between episodes. "There's a part of me that's really grateful that the show is out there and people can see it," but "there's also a part of me who wishes there was support."

Moran's path to becoming a semi-regular creative partner of South Carolina native Scovel started back as he made his way through Jefferson Elementary, Sacajawea Middle School and LC. While he says "nobody in my life influenced me to go out and watch, like, French films," Moran was educating himself on comedy via DVDs of movies like Rushmore. The Wes Anderson classic was a gateway drug to a passion for both film and comedy. He took a few film classes at SFCC, and then Comedy Central (of all places) inspired him to pursue a life in entertainment.

"What really got me out of Spokane and to do something else with my life was, Comedy Central was airing these Andy Kaufman documentaries," Moran says, musing on the manic comic's bizarre characters and guerilla confrontations with audience members. "It really clicked with me that, 'You can just do anything you want. He's proving it to me right now.' Whatever that did to my brain, it got me to Seattle."

Before long, he'd taken the stage as a stand-up, formed a crew of like-minded comics and hosted a weekly show at the music venue Chop Suey. It was there he met Scovel, touring early in his comedy career.

"You get to know people and you do some shows. It's like sitting at a new table at lunch in high school," Scovel says of arriving in the Pacific Northwest and meeting Moran and other Northwest comics. "He was very easy to talk to and super-accommodating to me in Seattle. He became one of those guys I'd reach out to when I was in the area."

They ended up being roommates in New York, and while Scovel's stand-up career blossomed, Moran says after about five years "it wasn't really clicking" for him on stage. He turned his attention to directing short documentaries about comedians, which turned into 26 episodes of a show called Modern Comedian that got him a deal with PBS and a manager in Bob Odenkirk's wife, Naomi.

Scovel eventually moved to Los Angeles, where there were more opportunities in film and TV as his career blew up, and Moran followed a few years later. Since their early days as friends, Moran has filmed Scovel's stand-up sets, and in 2015 when Scovel was ready to make his first "real" stand-up special, Moran directed it. He also directed Scovel's followup special, Rory Scovel Tries Stand-Up For The First Time, which they sold to Netflix in 2017.

Moran calls that Netflix special "a huge career landmark for both of us," and a real signifier that they worked well together and should keep doing that. 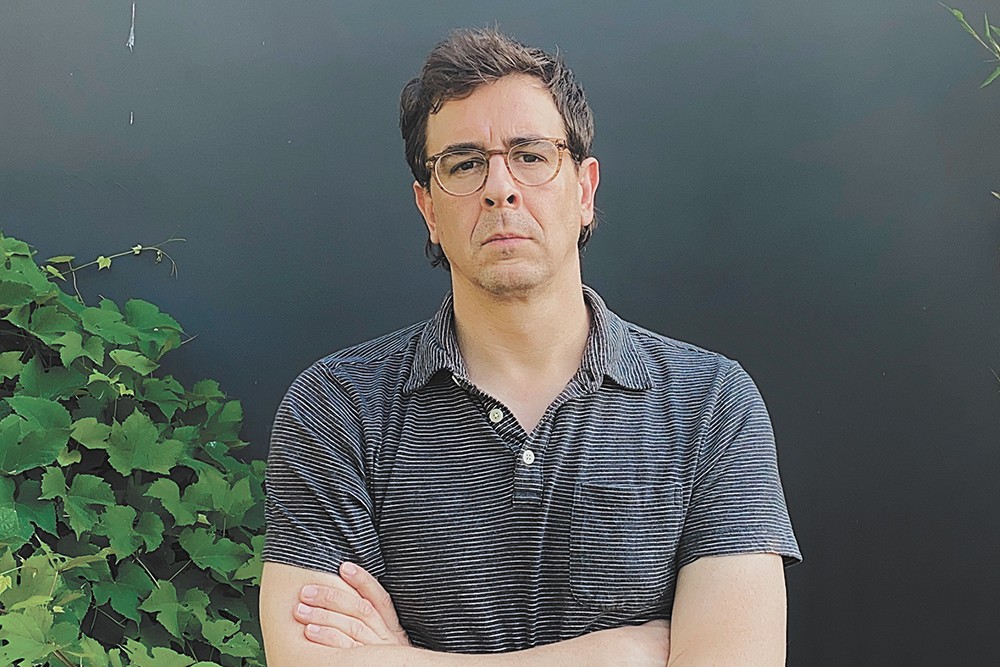 Robbie revolves around Scovel's title character, a buffoonish man-child who works at an ice cream shop and coaches a church-league kids basketball team, forever living in the shadow of his coaching-legend father. In the first episode, Robbie finds out he's the father to an adolescent son with his black ex-girlfriend, and the series spins out in a style of humor that's both sweet and salty as Robbie navigates new fatherhood, his father's legacy and relationships with co-workers, his team's parents and a ditzy-but-loving girlfriend. Between slapstick-y laughs around internet celebrity chickens and KKK-founded ice cream shops are some real poignant moments and thoughtful points made on issues like race and class.

Scovel's natural charm makes Robbie likable even as the character is, Moran says, "a guy who thinks he knows everything, but he's really a dum-dum, a guy who gets in his own way." And the supporting cast boasts a chemistry that serves the show incredibly well; it includes Sasheer Zamata as Robbie's ex-girlfriend Ava, Mary Holland as his scene-stealing girlfriend (of sorts) Janie and Beau Bridges as Robbie's dad.

Scovel says the beginnings of the Robbie character go back more than a decade.

He started playing around with this "Southern guy character" off stage with his friends like Moran, and eventually started doing whole stand-up sets in character because "it was so fun and easy to do that character." Turning that character into a TV show is something he gives Moran "almost all the credit for being the idea spark."

"Like so many things in art, you sometimes need a friend from the outside to see what needs to be done," Scovel says. "It needs that ignition. Scott was that ignition."

Moran and Scovel made some clips of the character to pitch TV networks, and ultimately picked Comedy Central because, Moran says, "it made the most sense." Whether that decision ultimately proves wise remains to be seen.

For now, both Moran and Scovel are in pandemic lockdown in Los Angeles, still working together despite social distancing — Moran is helping Scovel set up his own YouTube channel while they're stuck at home. ♦

The original print version of this article was headlined "Meet Robbie"