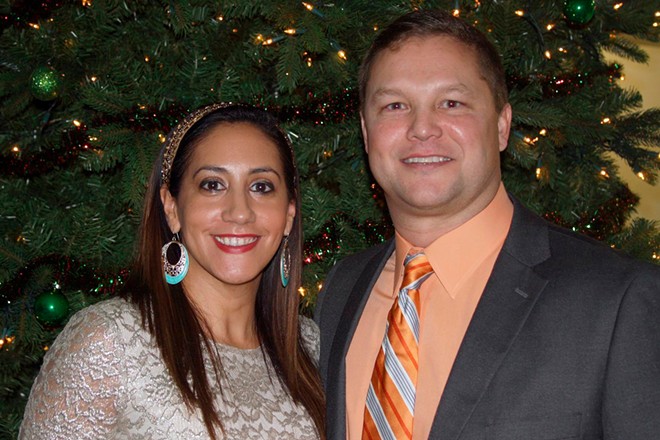 Five years ago, several families whose loved ones had apparently died in traumatic ways asked the Spokane County medical examiners to change their rulings as to how their relatives died.

In one case, 20-year-old Kala Williams' body had been found cut in half and loosely buried in plastic bags and a sleeping bag, but then-Spokane County Medical Examiner Dr. John Howard ruled the cause and manner of her death as "undetermined."

Multiple times over the years since her body was found in 2012, police detectives and family members requested that Howard rule her death a homicide due to the state of her body, which had signs of multiple defensive wounds and evidence of a sexual assault that provided DNA of a possible suspect. Her neck had a towel knotted around it, and her remains had been covered in bleach.

But even after the man whose DNA was found on Williams' body, Robert G. Davis, was sentenced to prison for breaking into a Coeur d'Alene woman's house and choking her until she passed out as he sexually assaulted her, Howard did not change the ruling as to the likely cause of her death.

In another case, Brenda Thurman was shot by her husband, a veteran who had been a reserve deputy in a neighboring county and who claimed he accidentally shot her while cleaning her gun. Thurman's death was ruled an accident by then-Medical Examiner Dr. Sally Aiken, who worked in the top forensic role in the county at the same time as Howard.

Previously, law enforcement and prosecutors said that several death rulings had hindered or prevented them from looking to charge suspects. In 2017, the Inlander wrote a lengthy story looking at several of the cases that family members had called into question. Now, with Dr. Veena Singh in the top role as the county's medical examiner, at least six cases have come under review at the request of family and law enforcement, and at least two families now have new rulings in their cases.

In the Williams and Thurman cases, Singh has now changed the manner of death to "homicide."

In Williams’ case, Spokane Police have already taken that information and forwarded first-degree murder charges to the prosecutor’s office to review and decide if they want to pursue a case against Davis, according to a police department spokeswoman.

Singh is also reviewing four other cases that won't be discussed until a decision is made, says Spokane County spokesman Jared Webley.

The new determinations may also lead to new charges in other cases, while in some, they may just offer verification of what family members felt they already knew had happened.

In the case of Brenda Thurman's death, the new ruling of "homicide," issued on May 19, won't lead to new charges against her husband, Dwayne Thurman, who was already found guilty of manslaughter by a jury.

The Thurmans were at their home in 2016 when Dwayne Thurman said he was cleaning his wife's Glock handgun and it accidentally went off, striking her in the chest. She was taken to the hospital but died as a result of the gunshot.

Dwayne Thurman was sentenced to five years in prison in 2018 and is currently no longer behind bars as he's going through the Washington State Department of Corrections' graduated reentry program. According to DOC, his "earned release date" from supervision is Sept. 1 of this year.

Brenda Thurman's daughter, Gabrielle Corriette, tells the Inlander that she asked for a case review once she learned the county had a new medical examiner. When the incident happened, she told police to arrest Dwayne Thurman right away, and she tells the Inlander that she felt that police and then-Medical Examiner Aiken both pointed to each other's information as the reason the death was investigated as an accident.

"The last [medical examiner] said the reason we put accident on the death certificate is because the police said it was an accident. The police then told me that the reason they were investigating it as an accident is because the medical examiner put it on there," Corriette says. "Now Dwayne is out of jail. Both agencies are blaming each other. They both failed to do their jobs."

Testing done on the gun before Dwayne Thurman's trial found that the weapon was operating properly.

That information, which hadn't been available at the time of the autopsy, is part of what Singh points to in her letter issuing the new determination of homicide. She specifically notes that homicide is the term used whenever someone's "death is the result of a harmful volitional act committed by another person ... even if there was no intent to kill."

Spokane County Prosecutor Larry Haskell tells the Inlander by email that "a jury has already found that Mr. Thurman caused the death of Brenda Thurman with criminal negligence. Therefore, double jeopardy, as contained within the federal and state constitutions, bar further prosecution in that matter."

With Kala Williams' death now ruled a homicide, and police forwarding murder charges this week, prosecutors could look to charge a suspect in her death.

In the Williams case, the Spokane Police Department asked Singh to review the findings in her 2012 death, prompting Singh's new determination on May 18 that Williams' cause of death was "homicide by unspecified means."

When emailed on June 3, Haskell wrote to the Inlander that he had “not yet received any further charging requests from SPD nor information from the ME’s office as of this time.”

But this week, Spokane Police sent first-degree murder charges to Haskell for consideration, says Julie Humphreys, SPD spokeswoman. Haskell’s office will now do an analysis to determine if they will formally charge Davis with murder.

One of the things guiding Singh's review in Williams' case was an academic article published in the American Journal of Forensic Medicine and Pathology in 2021 regarding "homicide by unspecified means." In that article, the authors suggest the designation is appropriate even in cases where drugs may have been found in someone's system, but other context in the case strongly suggests homicide or homicidal violence. Other examples listed included two victims who had cocaine in their systems but were found with the remains of several other victims of a multiple murderer.

Back when Williams' death was first determined, Howard told the Spokesman-Review that because methamphetamine was present in her toxicology report, he couldn't rule out an overdose. But the other evidence in her case left detectives and relatives reeling for years over the lack of charges.

Washington state determined in 2018 that Howard and Aiken had followed the standards of care in 14 autopsies that families issued formal complaints about. The state agency tasked with overseeing medical care in the state didn't have the power to alter any findings as to cause and manner of death and found the doctors did their jobs properly.


In at least one of the cases the Inlander highlighted in 2017, the Spokane medical examiner's office had conducted the autopsy, but because Cindy Lou Zeppenfeld Bergan's remains were found in Idaho, the ultimate call for her cause and manner of death fell to Kootenai County Coroner Dr. Warren Keene. Spokane's medical examiner conducts autopsies for about a dozen other counties that don't have a forensic pathologist on staff to do that work, but coroners make the legal call in the end.

Bergan's remains were found wrapped in plastic and duct tape and dumped where hunters later found her. She had filed a protective order against a former partner shortly before she went missing.

Because of details in the autopsy, Keene initially ruled her death due to "natural causes."

In 2017, Bergan's daughter Heather Ostby told the Inlander that finding that Bergan died of natural causes was absurd when the other evidence was taken into account.

"It's one thing to have a murder, and it's another to not have accountability. That is secondary trauma."

Keene later submitted another coroner's report requesting Bergan's death be updated, maintaining that the cause was due to medical issues, but changing the manner of death to "undetermined."

In Idaho, death records may only be updated once, so even if Bergan's relatives were to request another review by Keene now, he says he would not be able to update the cause or manner of death again without further action from a court.

"That's where we're very careful to move forward with the investigation so the death certificate can be as accurate as possible," Keene says.

Dr. Suzan Marshall, who helped gather the group of 14 complaints after questioning the determination in her own husband's death, says it's frustrating that families who are victimized have to spend their own money and resources to get proper rulings.

"It's just so disheartening when you have to do the job your taxes are paying someone to do, and you're a victim. It's cruel," Marshall says. "I don't think people understand families get destroyed over it. ... It's one thing to have a murder, and it's another to not have accountability. That is secondary trauma."

Marshall still wants a different determination in her husband John Marshall's death in 2016. He went missing while running, and his death was ruled an accident caused by drowning after his body was found next to the Spokane River. She's questioned that determination from both a legal and scientific standpoint and has spent years gathering documents in his and others' cases.

Marshall now works as a private certified medicolegal death investigator, and she says she helped some people ask for the new reviews. She says she understands how rulings are sometimes made with very little time to dedicate to each case, but she emphasizes the importance of looking at all of the details.

"It's interesting how complicated some of these cases are," Marshall says. "But [medical examiners] have to do one or two autopsies a day and keep going. That's why they need to be reviewed." ♦

The original print version of this article was headlined "Upon Review: Homicide"