If your journey to Africa includes a stop on a street corner, you’re probably in for a wild ride. 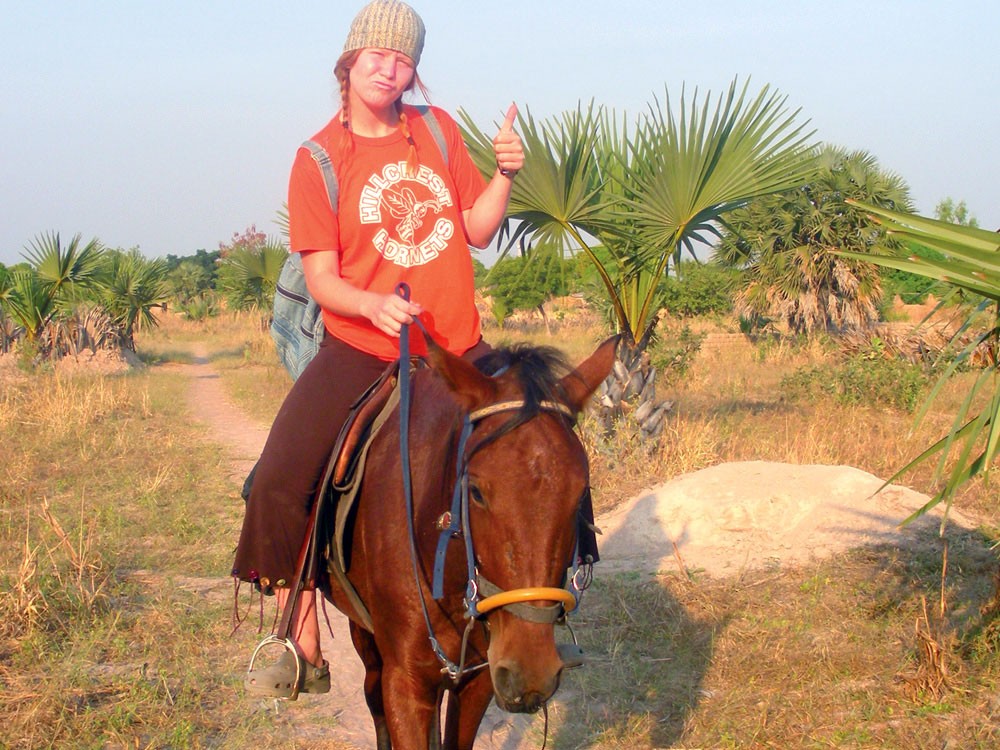 Scenes from the first trip Emily Wilens took to Chad

It wasn’t terribly clever, as panhandling signs go. In a crowded field where you need to be pithy, scrawling “GOING TO CHAD AFRICA TO VOLUNTEER AT HOSPITAL. (4 MONTHS) ANYTHING HELPS” on a three-foot sign seems a little too … straightforward.

Still, it worked. Emily Wilkens, a 24-year-old fresh-faced graduate from Walla Walla University, collected $100.82 in two hours on the corner of Freya and Second. It’s a far cry from the $2,500 she needed for a plane ticket, but it’s not her only source of funding. She’s also been sewing shirts and selling them on her “Liberation=Joy” website, as well as soliciting donations.

Besides, as she yelled to the folks who threw change at her over a lane of traffic, “Anything helps!”

This isn’t Wilkens’ first time in Africa. A few years ago, she traveled to Chad and volunteered at the Béré Adventist Hospital. Her stories from that trip range from heartwarming to heart-rending. While it’s tempting to describe her journey as a “safari” or an “adventure,” as she points out, there’s nothing very adventurous about it: This is just how these people live.

That’s not to say the obstacles they face are insurmountable. Samedi, the father of the family she stayed with, started working at the hospital in 1979 as a janitor. He worked his way up to nurse, then surgical assistant, and now operates on the surgery table with other people assisting him. With his skills, he no longer has to stay in the rural village; he could easily ply his trade in the capital city. Still, he stays at Béré Adventist.

“I remember one time, I showed up for a night shift and nobody else showed up. I was, like, ‘I can’t do this. I’m not even a nurse,’” Wilkens says, laughing at the recollection. “I went back to my family and said, ‘Samedi, nobody’s at the hospital.’ He’s, like, ‘I’ll come work with you, Emily.’” But as tends to be the case with impoverished nations, there are plenty of darker stories. Wilkens shares the story of one girl who was brought into the hospital unconscious, in desperate need of a blood transfusion. The girl’s father was tested and found to be a match.

“The father’s listening, and he says, ‘I don’t want to give,’” Wilkens says. “And the staff asked, ‘Why? Is it a religious thing? Are you afraid of needles?’ He says, ‘No, I just don’t want to give.’” After testing other friends and relatives, the father was still the only viable candidate, but still he refused. Wilkens realized she was also a match, and so told one of the local nurses she’d be willing to give. The nurse wouldn’t let her.

“He said, ‘Emily, we can’t. This father has no reason not to give blood. If we give blood this time, then they will start expecting that the volunteers will give blood and they won’t have to,’” she recalls. “To me, that was really, really hard. I have a chance to save this little girl’s life if she gets blood. If she goes home, she’s going to die.”

The nurse told her by saving this one girl, 10 more children would die because other parents wouldn’t be willing to give their blood. The explanation helped, but didn’t really ease her mind.

“Really, I don’t think it was right that day that I couldn’t give blood and the girl went home,” she says. “She’s going to die because of her father, and I have an easy ability to save her.”

Having raised all the money she needed to, Wilkens is already back in Chad. It’s hardly glamorous. The hospital gets electricity for only four or five hours every day, and when it shuts off at midnight, she does rounds under the light of a headlamp. But when asked why she chose to travel all the way to Africa to help, her answer is simple.

“A lot of it, for me, has to do with where your passion lies,” she says. “My passion is in Africa. It’s a project that’s close to my heart.”

But there are people out on the street asking for money all the time — why did passers-by believe her? She thinks it might have something to do with her request being unique, but it sounds like there’s something more: A thread connecting everyone whose money helped put her on the plane.

“Some of the people I had no idea who they were, but most of them were people that knew me,” she says. “I was like, ‘Man, the money is amazing, I’m going to put it to good use, but they believe in this place. They believe good can be done over there.’” Witnessing the lengths to which she’ll go — and how hard she’ll work just to be able to suffer through 14-hour shifts and misery and squalor — makes it easy to see why people are willing to give. It’s easy to see why strangers believe in the effervescent young woman standing on a street corner and asking for money to go to Africa.

“A lot of this stuff — the panhandling, the T-shirt business — is giving people an opportunity to give and invest,” she says. As one of her mantras goes: “You do what you can, where you can, when you can.”