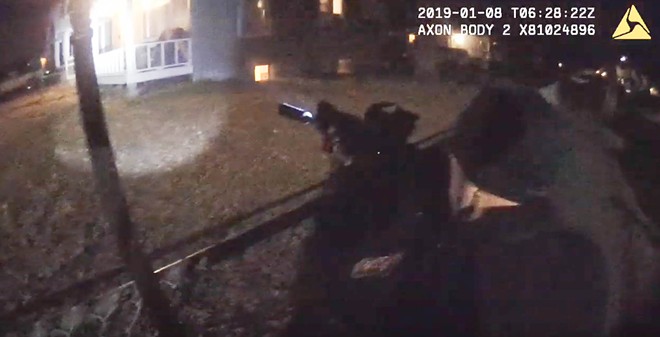 The study, which was published in Police Quarterly last December, ran an experiment on 306 active officers from 18 different law enforcement agencies by putting them through an interactive training simulator. Some officers were randomly provided information from a simulated dispatcher that the suspect appeared to be holding a gun, while others were told that the suspect might be holding a cellphone. All of the test subjects were randomly assigned video scenarios where the suspect either pulled a cellphone or firearm out of their pocket.

The findings suggest that police officers choose whether or not to use deadly force based on information they've received previously and often act in accordance with their existing perception of a situation, says Paul Taylor, the author of the study and an associate professor at the University of Colorado Denver who focuses on policing. The study also undermines the notion that officers can objectively evaluate dynamic situations, he says.

The study notes that the concept of "confirmation bias" may help explain the results.

"Confirmation holds that, in the face of uncertainty, people tend to cling to their initial interpretation of an unfolding event, even when presented with better data, and may selectively pick from the emerging information only that which confirms their initial understanding," the study reads. "When dispatched to a distant call, an officer's initial understanding of the incident will be formed almost entirely by the information received from dispatch."

Taylor says that the officers who participated in the study seemed largely unaware of the impact of the information they'd received from dispatch in their decision-making.

"When I talked to officers after they participated in the study, they often said that the reason that they did or didn't shoot was because of the motion of bringing an object out of a pocket," Taylor says. "None of them brought up the dispatch information."

"The idea is that information is a lens through which they interpret the behavior that they see," he adds. "Our tendency is to see information that confirms what we believe is already happening."