Trust us, being doused in (fake) bodily fluids and blasted with metal can be really fun 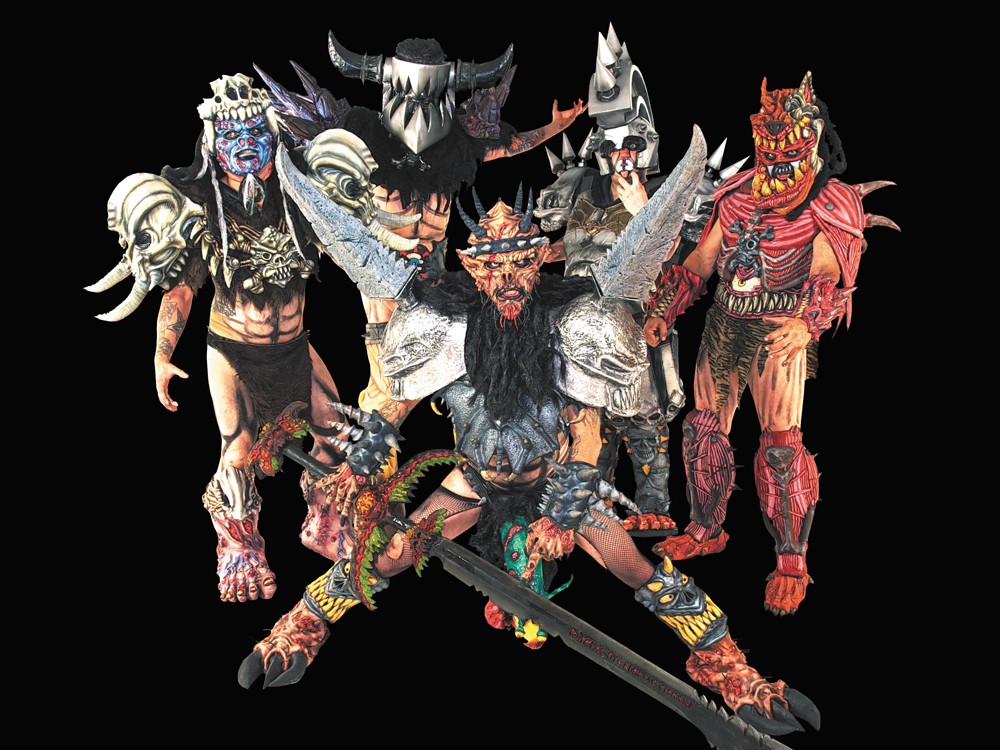 On Nov. 8, the Knitting Factory will find itself on the receiving end of heavy metal’s biggest money shot. That’s right, you gaggle of freaks, Gwar is bringing their notorious live show to send Spokane into fits.

If you haven’t seen Gwar live, just imagine the pits of hell opening up to reveal that instead of the eternal damnation, fire and brimstone that America’s religious leaders promised, Hades is actually at the confluence of the wet dreams of the world’s best prosthetic costume designers and stand-up comedians, existing for no other reason than to make people’s blood boil.

Their show is something everyone must experience in their lifetime, but it’s an event that comes with a few things you should have a heads-up about. Thus, we present a quick and easy guide to surviving a Gwar gig.

1. Leave Your Favorite Clothes at Home

Don’t even think of wearing any item of clothing that you ever want to wear again, unless you’re into explaining fake blood and liquefied poop stains to your friends and family. Maybe you’re a scenester who only attends shows to be seen and heard. Maybe you spent time doing your hair and makeup. Maybe you have plans after the show. Maybe you are a chest-puffer who wears rare or vintage band T-shirts. To all of the above: just don’t. Stand near the back. We’ll save you a spot.

2. Leave the Political Correctness at Home

Nothing is sacred at a Gwar show. So if you can’t cope with the sight of your favorite politician getting his brains blown out, the abusive treatment of humanity from fetus to grave — pretty much anything that rewinds every ounce of social progress made in the last 250 years — you should stay home and watch Dancing With the Stars.

Have you seen the stage costume of Gwar frontcreature Oderus Urungus (aka Dave Brockie)? Yep, that is a cuttlefish-shaped strap-on penis. Did you know that Gwar’s latex costumes can’t really be washed? So they’re not cleaned. Ever. If you have robust olfactory abilities and/or value your sense of smell, there should still be some space for you at the back of the room. Plus, the sightlines are better.

4. Something to be Aware Of

Almost exactly one year ago this week, guitarist Cory Smoot, who had been portraying the comedy rockers’ Flattus Maximus character since 2002, passed away while on tour due to coronary disease. Even motherf---ing universe destroyers like Gwar have hearts and this tour will be their first since the retirement of the Flattus Maximus character. It may sound sappy considering all their simulated raping, pillaging and murdering, but come on out and warmly welcome Pustulus Maximus (Brent Purgason) before he and his motley crew enslave the human race.

We’re going to assume that if you’re even considering a Gwar show as part of your entertainment docket, you already know what you’re getting into and/or have a screw loose to begin with. Get your giggle on knowing that you can’t not have a good time when Gwar is in town.