Is this the zero- calorie sweetener we’ve been waiting for? 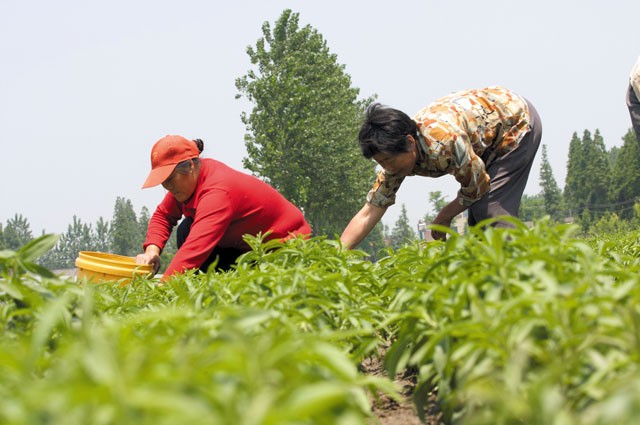 Stevia is a natural crop that’s been used in South America for centuries.

Stevia is sweeter than sugar. It’s all-natural — a plant, just like sugar cane. But unlike sugar, stevia sweeteners are calorie-free.

Don’t go throwing out your Splenda stash, though. Stevia hasn’t proven itself tastier — or less controversial — than other sweeteners on the market. Yet.

It’s been less than a year since Reb A, a derivative of stevia, became a legal food ingredient in the United States. The Food and Drug Administration approved Reb A as “Generally Regarded As Safe” in December 2008.

Stevia has been widely used in South America for centuries, both as a sweetener and an herbal remedy. It gained popularity in Japan in the ’70s, when artificial sweeteners began to be linked to cancer.

But Hong Kong and Singapore have barred its use, and it is still illegal in the European Union. Some of the safety concerns cited by the European Commission’s Scientific Committee on Food include “questionable chronic toxicity and carcinogenicity studies, and possible effects on the male reproductive system that could affect fertility” — linked to the stevia-derived substance stevioside.

A 2006 World Health Organization study of two derivatives of the stevia plant — Reb A (the substance approved for food use in the U.S.) and stevioside (which raised “questions of concern” in the EU study) — found them both to be harmless to humans. Stevia proponents argue that these more recent findings, plus the lifted ban in the U.S., will all but nullify the European Commission’s argument, which was made in 1999.

France legalized stevia as a food ingredient this year, a cause for celebration at the first Stevia World Europe conference to be held this month, where steps toward deregulation of stevia use in the EU will be a main topic of conversation.

Chris Imes, owner of Lorien Herbs & Natural Foods in Spokane, says it’s the little guys who brought stevia to the nation’s attention. “Through grassroots efforts of the natural foods industry, we got it back on the market,” she says. Lorien has sold stevia as a supplement and a tea leaf (both of which she says were legal) for decades, since long before it was banned in the early ’90s.

“It’s kind of a political thing, what went on with stevia,” Imes says. She believes its illegal status had more to do with lobbying by artificial sweetener manufacturers, for whom stevia sweeteners posed competition, than with any risks associated with consuming the plant.

From big-name soda companies to small natural foods companies the race is on to figure out how to make it taste just right.

Since last year, PepsiCo and Coca Cola Company have led the scramble to innovate with the natural sweetener. PepsiCo co-owns one brand of the sweetener, PureVia, and uses it in Sobe Lifewater.

Natural foods companies are, naturally, exploring its uses as well. More than a hundred new products containing Reb A hit the American market in the first eight months of this year. And they’re not limited to low-calorie beverages — stevia is also marketed as a homeopathic medicine, claiming to remedy everything from heartburn to tension to diabetes.

Proving stevia’s safety is just one obstacle food developers face. They must also convince the public to try it — a public increasingly suspicious of sugar imposters.

Perhaps that aftertaste contributed to findings that 62 percent of people surveyed for a September report by the market research firm Mintel had no interest in trying stevia, while 11 percent said they believed it to be unsafe and will avoid it.

“If someone tries a stevia-sweetened drink with an off-putting aftertaste, it’s logical to assume that person will be a tough sell for stevia products in the future,” Mintel senior analyst David Browne says.  Consumers may resist the concept in general, even though products coming from different manufacturers may vary greatly in flavor.

For now, the companies competing to get an edge in the Reb A market need one another, both to increase stevia’s visibility and to avoid such negative first experiences. “Step one is for manufacturers to get the word out,” Browne says.

In Spokane, Huckleberry’s, Fresh Abundance, Lorien and other natural foods stores carry Reb A supplements and sweeteners. Lorien also carries bulk tea leaves and stevia cookbooks. (Hint: If you want to taste the sweetener without buying a whole box, try it in your coffee at Huckleberry’s.)

More widely available products like Glacéau VitaminWater10 also contain Reb A — although you wouldn’t know it unless you read the ingredient list.

Truvia, a product of Coca Cola Company and Cargill food manufacturers, is trying to carve out its niche as the tabletop Reb A sweetener. If marketers have their way, it will soon appear in diners everywhere, stuffed in alongside sugar packets and the pastel pink, blue and yellow artificial sweetener packets.

Erika Prins is an intern with The Inlander.
More