Take the Money and Run

A controversial company closed less than a year after arriving — so why did GSI use $150,000 of state money to woo it? 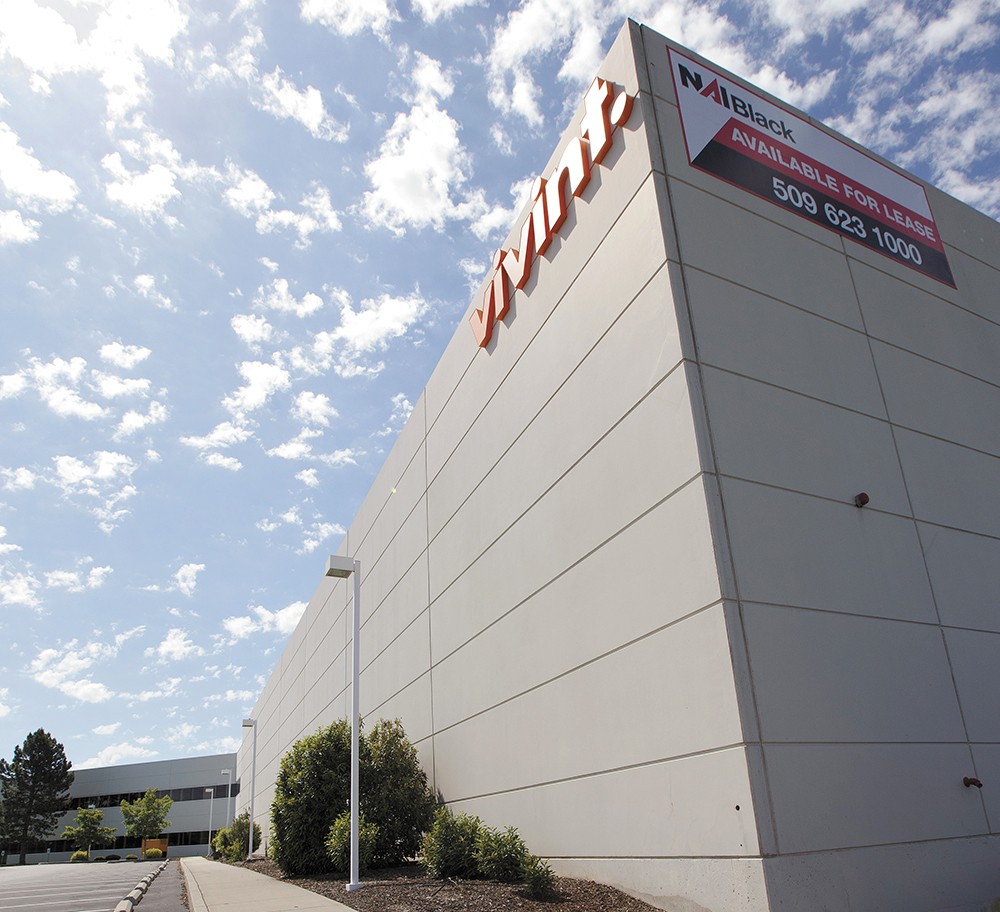 After all, the alarm-turned-home-automation company was the fourth-fastest-growing firm in Utah. It had just been purchased for $2.1 billion by a behemoth of a private equity firm and was looking to expand.

"We just thought they were a great company," Smith says. "We thought their corporate philosophy made a lot of sense."

For nine months, GSI pursued Vivint. It set up numerous meetings, negotiated with landlords and finally pulled out a last-resort incentive: $150,000 from the Governor's Economic Development Strategic Reserve Fund.

It worked. On June 6, 2013, festooned with a bright-orange Vivint banner that said "We Have An Orange Crush," GSI made an announcement: A Vivint call center was coming to Liberty Lake, ramping up to 400 well-paying jobs in 18 months. The predicted annual economic impact would be more than $62 million.

But Vivint had another side that GSI and other local boosters hadn't fully investigated. Three days earlier, Nebraska's attorney general came to an agreement with Vivint, barring its employees from making a whole host of false claims about its alarm systems, contractual details and competitors.

Ultimately, the jobs Vivint brought — far less than 400 — turned out to be fleeting. Last week, citing "reallocation of resources," Vivint announced that the Liberty Lake call center would close June 27.

"They told us it's all about economics," says Robin Toth, GSI's VP of economic development. "They looked like they're retrenching back into Utah, with a new call center there."

Vivint's controversial past and its departure from Liberty Lake don't appear to be directly connected. But both issues touch upon the same theme: Who are we trying to lure to Spokane, and how?

Big companies frequently get special incentives from public funds. "In the economic development industry, we would be [the only] one of 50 states if we didn't do that," Toth says. Any debate is over the size and recipient of the incentive.

"Within the last year, I had a site selector who came to us who wanted $1 million from the county, $500,000 from the city, a waiver of all B&O [taxes], and a waiver of 10 years of property taxes," says Toth. "That conversation didn't last very long."

The Strategic Reserve Fund is just one incentive, meant to be used only as a last resort in a larger package. Inspired by a similar fund in Oregon, Avista CEO Scott Morris lobbied hard for its creation, believing the state needed a broader, more flexible economic development tool.

It's illegal for Washington state to give public money directly to private businesses. Instead, the Strategic Reserve Fund channels unclaimed lottery-winning money through groups like GSI to help recruit, retain or expand companies.

Mary Trimarco, an associate director at the state Department of Commerce, which operates the fund, says it's been extremely successful, bringing in far more revenue than it costs. Commerce estimates it's generated $2 billion in total private investment during its lifetime.

During the past six years, GSI has used the fund to channel $1 million of state funding to seven companies. It helped woo Caterpillar, expand Pyrotek and most recently bring in Exotic Metals Forming Company, an aerospace manufacturer.

Some count Vivint among the successes. "We were better off for them to have been there," Liberty Lake mayor Steve Peterson says. "You had 150 jobs that we wouldn't have had otherwise."

Vivint wasn't the first incentive-backed call center to fizzle. In 2008, the ICT Group received $340,000 of Strategic Reserve Funds for a call center in Spokane Valley. After several rounds of layoffs, ICT shuttered that center last year. But Vivint's local demise was sudden.

"People lost their jobs," says Trimarco. "Our biggest issue is, where do these employees go next?"

By the end of June 2013, Vivint had spent its $150,000 incentive within the span of a month. The list of expenses, submitted to GSI for reimbursement, included moving costs, car rental, $94,000 for computers, $1,000 airline tickets, hotel reservations at the premiere Lake Tower at the Coeur d'Alene Resort, more than $11,000 in catering for two job fairs and a $900 bill from Twigs Bistro.

It may have to repay some of that money. The state required GSI to include "repayment provisions in the event job creation or investment goals are not met" in its deal with Vivint. Trimarco says repayment of Vivint's incentive is being pursued.

"As this is the first time one of our clients has not met their [Strategic Reserve Fund] obligations, we are trying to resolve it with the company," Toth says.

When Diligence is Due

Before recruiting Vivint, GSI didn't look at the Better Business Bureau's record. It didn't check for litigation or attorney general settlements. Toth and Smith had heard anecdotes about Vivint's door-to-door sale tactics, but thought none of it warranted intense investigation.

"It didn't alarm me and I didn't do any deep research into it," says Smith. After all, Vivint was under new management, and with any big company, some customers are bound to complain. Instead, GSI focused on vetting Vivint's financial viability and found it to be very strong.

"It took two seconds online to figure out this company had an unsavory past," says former KXLY TV anchor Colleen O'Brien. She reported on Vivint's past the same day as GSI's recruitment announcement. "How did you not do this? Are you just this hungry for these large corporations?"

It was only after O'Brien's story that GSI asked Vivint management about the controversy. "They recognized it had been a problem and they told us the steps they were taking," Smith says. "So what more can they do?"

While Vivint hasn't faced recent state sanctions, its troubles continue. Complaints still stream into the Washington state AG's office, and in the past 12 months, BBB has handled an even higher number of Vivint complaints.

"We have an ongoing partnership with the BBB," Vivint spokeswoman Jenna Cason says. "We've resolved all of those complaints. Vivint prides itself on a 100 percent resolution rate." (Currently, Vivint is unrated by the BBB.) She blames Vivint's size and rapid growth for the increasing number of complaints.

Other GSI success stories have turned sour: GSI nominated its recruitment of Blue Ray Technologies, also predicted to bring 400 jobs to the area, as the "Economic Development Deal of the Year." The founder's history of bankruptcy, debt and state sanction were a matter of public record. In the years since, it's weathered lawsuits, additional state sanctions, and most recently an FBI investigation for fraud.

"That was a long time ago," Toth says, noting that Blue Ray didn't get special state incentives. "You can Google anybody now and get information. We are more cautious."

Toth says GSI still doesn't specifically look into litigation when recruiting companies. But after talking with the BBB, GSI has made at least one change. A new section called "Business Controversy Research" now appears on GSI's internal assessments of companies interested in Spokane. There, GSI employees can list BBB's ranking, recent complaints and current alerts.

"The bigger companies, you know, I think we'll take a more serious look, definitely partner with the Better Business Bureau and see if there's a history of complaints," Toth says. "Lesson learned." ♦