Whether or not they supported the minimum wage hike, local businesses and nonprofits are scrambling to pay for it

By Daniel Walters and Raven Haynes

Sarah Philp
Jennifer Davis, owner of the Scoop ice cream shop, says she'll probably be taking on more shifts so her business can afford the $1.53 minimum-wage hike approved by voters in November.

Even before the new year hit, Rockwood Bakery posted an explanation at its register,

bordered in clip-art Christmas lights, explaining why prices across the board were going up by 8 to 10 percent.

"We have not raised our prices for three years, so we appreciate your understanding and wish it was not a necessity," the sign reads. But Initiative 1433, passed by the voters in November, boosted the minimum wage from $9.47 to $11 an hour. By 2020, it will rise to $13.50. Combine that with the city of Spokane's new sick-leave mandate, and it's costing the Rockwood Bakery — with its baristas and cooks and dishwashers — $55,000 extra a year in labor costs.

Lizzie Cullen, the bakery's manager, says most customers have been understanding. But not everyone's happy.

"There were definitely quite a few of our older groups who came in who were a little disgruntled: 'I can't believe you did this,'" Cullen says.

Across the city, businesses have put up similar explanations, apologizing to customers for the increase in prices. Every customer who comes through the Java Hut gets a flyer with a similar explanation about the increase in prices. Another notice is posted on the door. "Thank you for your understanding and your continued support of all small businesses in Spokane," the notice reads.

Daycares like Chapel Children's Center in Colbert, north of Spokane, sent home "Dear Parents" letters explaining why their prices were going up.

"Please understand that we do realize how this affects our families," the letter explains. But to keep their "heads above water with the new wage increase," upping their rates was necessary.

Some business owners voted for the minimum wage increase. Some voted against it. Ever since I-1433 passed, businesses and nonprofits with minimum-wage workers have been crunching the numbers, trying to solve a high-stakes math problem: Do they raise prices? Take less profit? Lay off workers or cut jobs or hours or services? Or do they just hope that business booms enough to pay for the increase? 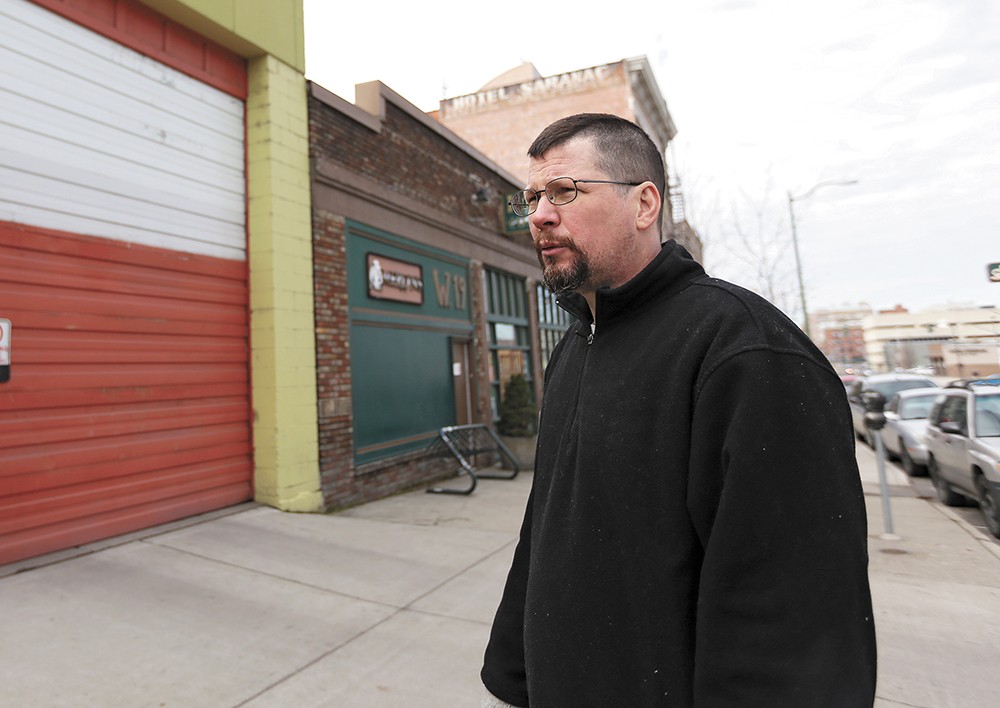 Young Kwak
John Waite, owner of Merlyn's and Auntie's Bookstore, is counting on increased sales to make up for the cost of paying his employees more.

Jennifer Davis, owner of the South Hill ice cream shop The Scoop, calculates that she would need to sell two or three hundred more twin scoops of ice cream to pay for the wage increase under her normal staffing levels. So for now, she says she'll take on more shifts herself instead of hiring more workers. Eventually, she may have to raise prices as well.

"It's all pretty scary," Davis says. "We will be white-knuckling it."

The same sort of apprehension hit Colleen Freeman, owner of the Satellite Diner.

"Holy crap, what am I gonna do?" Freeman recalls saying to herself. "I'd be out of business by August at this point if I didn't change. I'd be completely broke."

She increased some items on her new menu by about $1 as a result. She says even her employees hate it, feeling that higher prices will hurt business, and everyone will ultimately suffer.

"None of my employees are happy," Freeman says. In particular, she says, the hike irritated the veteran employees who were already making $13 or $14 an hour, and won't be seeing any raises.

Sage Wilson, spokesman for the Seattle-based worker advocacy group Working Washington, says he gets how this can be a scary time for businesses.

"[But] trying to get by on $9.47 was pretty scary as well," Wilson says. Even in a place like Spokane with a low cost of living, paying for rent and utilities on a minimum wage salary can seem impossible. For many minimum wage employees, the hike has reduced the stress of living week to week.

"Getting the raise has meant a chance to exhale," Wilson says. "It's literally breathing room."

Bethany Fankhauser, a Moody Bible Institute student who works at Oil & Vinegar, says the wage increase may keep her in Spokane.

"It's really causing my fiancé and I to think we'll actually stay here for a few years," she says. "I can live and thrive and not have to worry so much about tuition costs and debt."

America Querea, owner of the Azteca Mexican restaurant downtown, says her staff was divided. The younger employees were so excited they were literally jumping up and down, she says, but the older ones were more concerned about the unintended consequences. Querea raised prices, but says she can only raise them so high before it backfires.

At Atticus, a downtown coffee shop already facing the impact of upcoming road construction, owner Andy Dinnison says the room for error has become that much narrower.

"If you were hurting before, you're really hurting now," he says. He hasn't raised prices or cut hours yet, but he says expectations for employees are going to be even higher. That's going to be tough on younger, more inexperienced employees. The situation, he says, has created "a more adversarial relationship between employers and employees."

The impact has been even more dramatic at the Davenport Collection's four hotels, where, spokesman Matt Jensen says, half of the 1,000 employees are paid minimum wage.

Facing a nearly $3 million gap, the Davenport hotels have made cuts: Peanut brittle will no longer be provided with turndown service. Customers will be asked to seat themselves more often at the restaurants. And — this is the big one — 50 employees have already been laid off. (The competing DoubleTree Hotel says they may be raising prices slightly, but will not be laying off workers or cutting services.)

Jensen, like many employers, points out that many of his minimum wage workers were making far more — as much as $28 an hour — when you take tips into account. But Washington, unlike Idaho, doesn't allow tips to be deducted from the salary. Some businesses have adapted. Vessel Coffee Roasters, which already pays employees $15 an hour, has done away with tipping entirely.

"They develop skills and confidence to achieve their independence," Alexander says.

But the hike in minimum wage, Alexander says, means Goodwill will need to slash the number of work assessments it can provide by nearly 20 percent.

The Spokane Humane Society managed to balance its books by slashing its marketing budget and nixing the idea of hiring new staff, but next year will bring an additional 50 cent minimum-wage hike. So will 2019. In 2020, businesses will be hit with another big $1.50 increase, making the final leap to $13.50.

"We made it this year," says interim director Kerry Wiltzius. "Our next move would be probably cutting staff. We're bare bones as it is... The smaller nonprofits aren't going to be able to make it."

'IT'S NEVER THAT BAD'

Wilson, the Working Washington spokesman, has seen this story before: Seattle began moving toward a $15 minimum wage in 2015, and he says businesses had the same worries businesses now have in Spokane.

But predictions that Seattle's hike would result in mass business closures or job losses proved to be wildly incorrect. A recent University of Washington study found that, while the hike had likely slowed low-wage job growth and decreased hours, the effect was so minimal as to be nearly erased by the booming Seattle economy.

Spokane doesn't have Seattle's economy, of course. But if there's one consistent story with minimum-wage hikes across the country, it's that the worst fears of opponents haven't been realized. Studies vary in their conclusion about the results of minimum-wage hikes, but none have found them catastrophic.

"Once that first emotional reaction passes by, it's never that bad," Wilson says. He points to a study finding that, after an initial plunge in fast-food worker employment following a San Jose minimum-wage increase, employment rapidly returned to normal levels. He says businesses find ways — whether by slightly reducing portion size or improving efficiency — to make the higher wages work.

And with more money to spend, low-wage workers spend some of it on local businesses. For example, Fankhauser, the Oil & Vinegar worker, says that when she goes out to eat, she plans to tip more.

That sort of consumer spending is what John Waite, owner of the Merlyn's comic book shop and Auntie's Bookstore, is counting on.

"We're not raising prices. We're not cutting hours," Waite says. "We're raising wages." He's giving the employees at Auntie's who were already making more than the minimum wage a higher raise as well.

It's a gamble: He's hoping that as more low-wage workers receive big raises, they'll plunge that money into the economy, and more people will have more money to spend on books and comics. At Merlyn's, he has to sell about $40 more in products a day to make up for the wage increase. But he believes it's worth it.