How Spokane became the first stop on two TV stars’ quest to save their show. 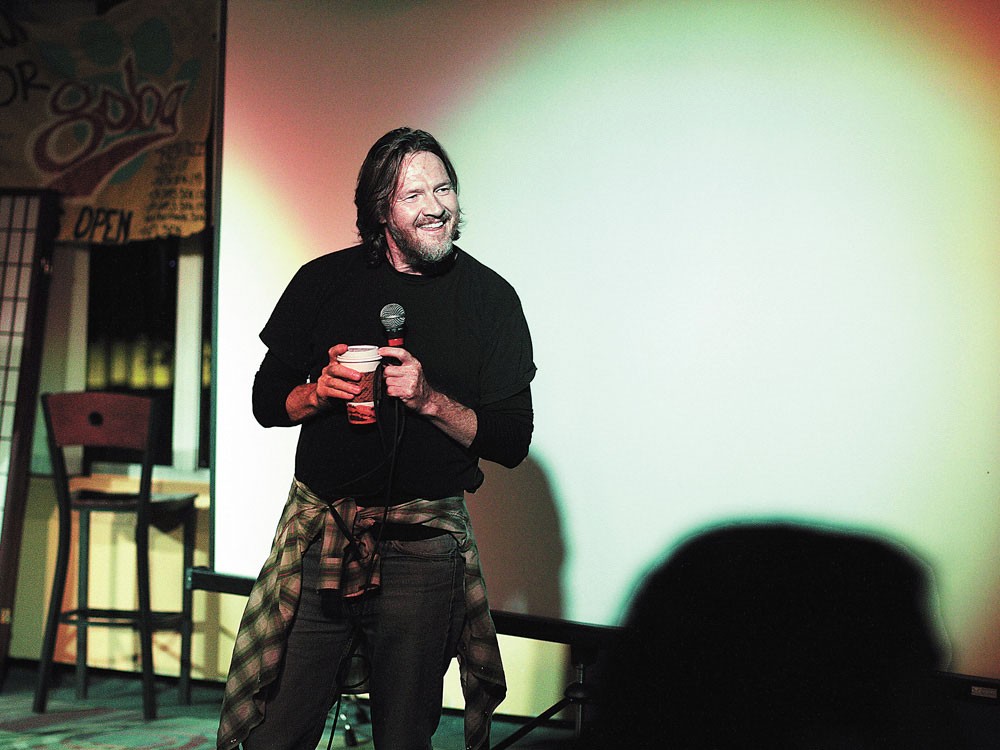 Young Kwak
Donal Logue, leading a talk about his new show at Gonzaga

Donal Logue, star of Terriers, is tired. You can see it in on his face, in his bleary eyes, in the way he rubs his hand across his brow, in the man-I-need-to-get-some-sleep absurdity of his sense of humor.

He’s a bit sick, too. He says he has shingles — it’s not contagious, don’t worry. It’s all from the massive promotion blitz, premieres, parties and countless interviews with talk-show hosts, newspapers and blogs.

Yet here he is, standing in the Crosby Student Center with co-star Michael Raymond-James, in front of a few dozen Gonzaga University students, joking and chatting with them the same way he was with Jimmy Kimmel a week earlier.

That’s how fast it happened. Tonight is Wednesday.

The Inlander received an e-mail from Logue about his idea on Tuesday.


"Look, you can do a show for eight months, where there’s creative differences, where they’re firing showrunners, where they think that nothing’s working, where they’re bickering. And all of a sudden it does unexpectedly well and people are popping champagne", Logue says. “Even if the show’s not good. And that’s the bottom line.”

But Terriers was the opposite. “We had a dream run-up to this,” Logue says. Terriers has an ideal collection of directors, writers and producers, with Oceans 11 and The Shield to their credits. Critics, including me, praised the mix of humor, easy chemistry and potential for a much darker evolution.

But when Terriers premiered, only 1.6 million people turned in to watch. Contrast that with FX’s U.S. marshal drama Justified, which received two-and-a-half times more viewers when it premiered this spring.

“[The ratings] were disappointing. There’s no other way to describe it,” Logue says.

Even before the results came out, Logue had posed the idea to executive producer Shawn Ryan of taking a road trip across the country to promote Terriers. He’d already done something similar for Tennis, Anyone...?, an independent film he starred in. Logue’s shoulder injury, which prevented him from working, made the idea even more attractive.

“Since I was 3 years old, I was looking for an excuse to get out the door at the drop of any hat,” Logue says. “I will there to be some problem … [so I can say] ‘I know how to fix it.’” Logue was in Idaho anyway to pick up his truck, so why not swing by Spokane, he figured. Screen the TV show, create some buzz and get a chance to share his passion for the actor’s craft. He contacted The Inlander for help.

And the next day, we walk into Crosby Student Center, which is already packed. Turns out they showed up for the coffeehouse musician beforehand. But some — about 60 students — stay. They watch good TV and ask good questions. Logue and Raymond-James tell them about working alongside great actors and showrunners, about the darker direction the show is going in and about how weird it is to see yourself on TV.

After the second episode finishes, a young man walks up to me. Tell them thanks, he says. He’s a young aspiring actor. It’s encouraging — inspirational, even — to meet someone who’s succeeded, he says.

Logue’s now throwing a camper on the back of that truck. He’s bringing a tent, guitars and some friends, planning on hitting up dozens of colleges in cities throughout the nation. Maybe they’ll videotape it for the Terriers DVD.

There are 13 episodes in Terrier’s first season. Three have already aired. They have 10 more weeks to woo enough new viewers to win a second season.

“This is totally rogue for Hollywood, man.” Raymond-James says. “Like a traveling f---ing circus.”

Terriers airs on FX on Wednesdays at 10 pm.

TV Time: 10 New Series to Stream Through the Holidaze