The dudes and Duds of Lodge 49, new Backstreet Boys and more you need to know

Wyatt Russell, son of Kurt and Goldie Hawn, has made a name for himself the last few years in movies like Overlord and Everybody Wants Some!!, but he might have found his sweet spot in AMC series Lodge 49, which just started streaming on Hulu. Russell plays "Dud," a snakebit (literally) surfer living the beach bum life after his dad's death when he stumbles upon a quasi-religious lodge of memorable characters who help give him a purpose. The show is a nice mix of laughs and drama, and the lovable, spacey Dud is its beating heart — a combination of Kurt Russell cool and goofball charm a la The Big Lebowski's "Dude." (DAN NAILEN) 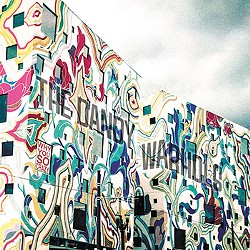 Some noteworthy new music arrives online and in stores Jan. 25. To wit:

The Dandy Warhols, Why You So Crazy? Look who's asking! Oh, it's Portland's awesome purveyors of pop-rock. Carry on.

Gris is one of the most visually and emotionally beautiful video game experiences I've ever had. Released in December, Gris is the soothing and deeply artistic journey of a lone female protagonist as she seeks to recover from some unknown trauma or overcome a personal demon. As players gracefully move through her crumbling world, platforming and solving puzzles, bright colors and natural beauty slowly begin returning to the ruins. With no in-game enemies or traditional setbacks for failing other than getting back up and trying again, Gris focuses on players experiencing its breathtaking visuals, music and story. (CHEY SCOTT)

It's no secret the Chinese government takes a no-tolerance approach to political dissent. Less known is that the Chinese state frequently forces political deviants to go on lavish vacations in order to pamper and pacify them. The practice is called bei lüyou, or "to be touristed." Several friendly — but ever watchful — policeman will accompany the given dissident. As Jianying Zha, the Chinese-American journalist writes: the practice is illustrative of how the "Chinese police state can be at once harsh and accommodating, insidious and absurd." Check out his story "China's Bizarre Program to Keep Activists in Check" on newyorker.com. (JOSH KELETY)

If you're about to watch Netflix's Fyre Festival documentary, Fyre: The Greatest Party That Never Happened, be warned: You may vomit your guts out. I was barfing in my mouth every time I heard the word "influencer," or heard someone involved describe co-founder and fraudster Billy McFarland as a "great entrepreneur." The whole thing is a depressing commentary on the facade of social media and marketing, a facade that can convince thousands of people to spend thousands of dollars on a music festival because some models promoted it on Instagram. It's fascinating, even if it's also sickening. (WILSON CRISCIONE)