TED TALK
Ted Danson would be an American TV legend even if he'd never made another series after Cheers. But after some years in the unfunny wilderness (sorry, Becker fans), the man is on a late-career hot streak thanks to memorable roles in The Good Place, Curb Your Enthusiasm and Bored to Death. His latest, Mr. Mayor, comes from the brains behind 30 Rock (Tina Fey and Robert Carlock) and premiered this month on NBC (it's also streaming on Hulu). So far, it's shown potential for greatness with jokes rooted in celebrity culture, city politics and SoCal superficiality. Danson is at the center as a businessman-turned-neophyte politician, and Holly Hunter is pretty great as a city-level Bernie Sanders. (DAN NAILEN)

BATTLE(SHIP) OF WITS
Steven Soderbergh has been making mostly charming, low-key efforts since ending his self-imposed "retirement" a few years back, and his latest, Let Them All Talk (HBO Max), is a predictably breezy romp with a surprisingly sobering coda. Shot in an improvisatory style aboard an actual voyage of the Queen Mary 2 ocean liner, it follows a revered novelist (Meryl Streep) on a cruise with two of her oldest pals (Candice Bergen and Dianne Wiest), both of whom have conflicted feelings about their friend's career. The film isn't a major work in any of these legends' filmographies, and yet they're all terrific in it, and it ends up having a lot to say about aging, forgiveness and artistic license. (NATHAN WEINBENDER)

MONEY WELL SPENT
Buying music and merch from your favorite band via Bandcamp.com was already a great way to support artists and indie labels because the site pays them a far better percentage of the sales than typical online outlets. Since the pandemic started, Bandcamp has done even better for artists, waiving its share of the sales revenue completely on the first Friday of each month so struggling musicians can make a little extra cash. The idea's been a smash hit, as fans generated some $40 million for artists and labels on Bandcamp Fridays since the site launched them. The better news? Since the touring industry is still locked down, Bandcamp Fridays will continue into 2021, at least until May. So consider buying some tunes Feb. 5. (DAN NAILEN)

SPACE RACE
The fifth season of The Expanse (Wednesdays on Amazon Prime) is already halfway through, easily becoming the series' tensest and most action-packed storyline so far. Now that the Ring Gate — a portal to distant planetary systems — has been opened, Earth, Mars and the (asteroid) Belt are racing to explore and claim these new, resource-rich lands. Splinter factions from the Belt, meanwhile, have united as one under a charismatic and manipulative leader who's more than willing to use violence and force to demand the Belt get first dibs on everything inside the gates, considering the "Inners'" centuries-long oppression of Belters. In the show's own lingo, "throwing rocks" is not off the table. (CHEY SCOTT) 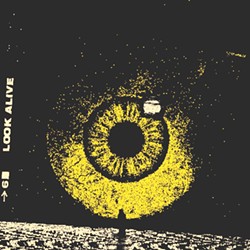 ANI DIFRANCO, Revolutionary Love. Ani's ascended to "I always want to hear what she's up to" status in my book.