COLORFUL DAYS AHEAD
Enter the Inlander offices and one of the first things you see is a big ol' Ric Gendron painting, a bright burst of life and music. Gendron is a member of the Arrow Lakes Band of the Confederated Tribes of the Colville and Confederated Tribes of the Umatilla, and his work veers between incisive looks at contemporary Native life and passionate explorations of Gendron's love of music. There's a new GoFundMe campaign designed to help Gendron produce a second book of his art (his 2012 book Rattlebone is a gem) and promote his work beyond the Inland Northwest. Fans and art lovers can check that out at gofundme.com/f/help-native-artist-ric-gendrons-artistic-outreach. (DAN NAILEN)

CRAZY STUPID LOVE
I'd need more than a mere blurb to dig into the plot of the genre-bending new film Happily, but let's say it's a Jordan Peele-esque allegory about the nature of marriage and fidelity that involves a group of friends, an isolated house, a roomful of guns, a bunch of buried secrets, two vials of truth serum and one very inconvenient corpse. It's... weird. The movie's final act may be seriously underbaked, but it's tantalizingly mysterious for most of its runtime, and its cast includes Joel McHale, Stephen Root, Natalie Morales, Paul Scheer, Jon Daly and other comic ringers. Give it a try: It's now available as a digital rental. (NATHAN WEINBENDER)

MAGIC ON THE GO
More than three years after its PC beta launch, Magic: The Gathering Arena has gone mobile. The digital platform for the 28-year-old collectible card game was released for iOS and Android in March, allowing players to sling spells with friends (and foes) on the go. I've already spent many an evening curled up on the couch playing on an iPad, a cozier experience that I prefer over additional hours at a desk. MTG Arena is completely free, and a cool new set called Strixhaven, themed around a school of wizardry, comes out in mid-April. (CHEY SCOTT) 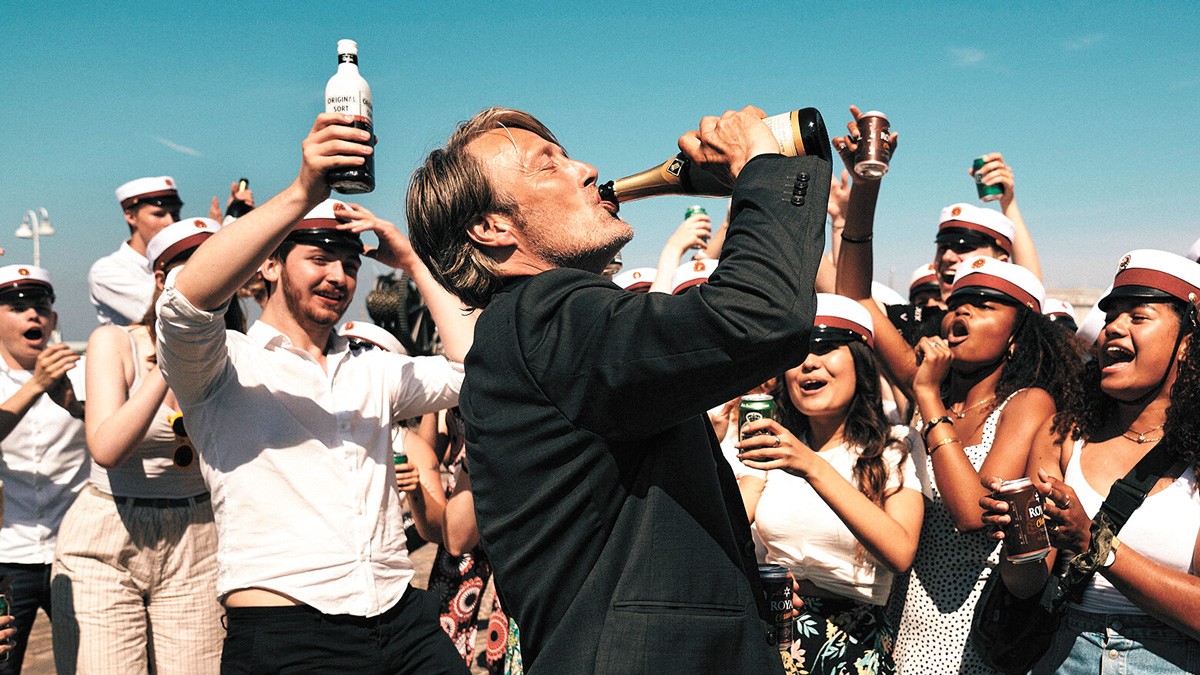 I'LL HAVE ANOTHER
As any joyous drinker knows, something profound and wonderful and life-affirming and ... all that shit, all that heartfelt, a-little-too-honest stuff comes pouring out when a good bottle is cracked open. Why can't it be this way always? It's a question four middle-aged Danish men ponder in Thomas Vinterberg's 2020 film Another Round, which has earned Vinterberg an Oscar nom for directing and for best international feature film, starring a mesmerizing Mads Mikkelsen. This film is at once funny and dark and wild-eyed and silly and unbelievable and heartbreaking — like an epic night on the town. Stream it on Hulu before the Oscars on April 25. (JACOB H. FRIES)

ERIC CHURCH, Heart. Savvy announcing a massive tour right before releasing a new EP. He'll be in Spokane next April.

GRETA VAN FLEET, The Battle At Garden's Gate. Watched the vid for "Heat Above," and I gotta admit, the bombast is Darkness-esque.