Bo Burnham takes us back Inside, Kids in the Hall doc is better than the reboot, and new music!

STUCK INSIDE
It was always clear that last year's Bo Burnham: Inside was a wildly impressive one-man musical comedy pandemic art feat, but the newly released THE INSIDE OUTTAKES further underscores the mania behind the creative process. The hourlong addendum (free to stream on YouTube) includes much more behind-the-scenes footage of Burnham trying to nail musical bits in maddening solitude — posing for visual bits in silence, talking to sock puppets alone, filling the screen with boxes of up to 55 simultaneous failed takes, etc. But there's also some great new comedic material that hit the cutting room floor, including darkly comedic fake YouTube ads, ditties about feeling forced to vote for Joe Biden, glamor shots of sad peanut butter sandwiches and an existential song musing on why the chicken crossed the road. It's worth going back inside for a spell. (SETH SOMMERFELD) 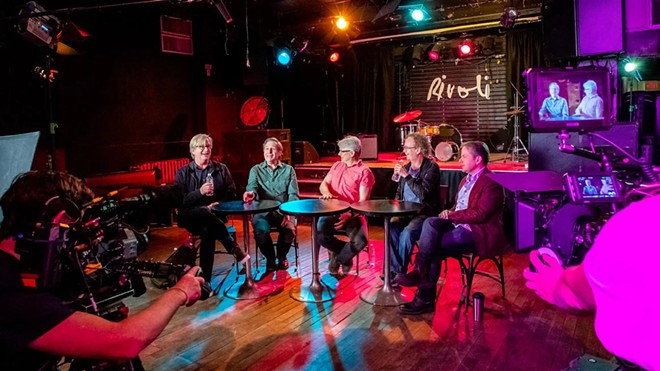 NOT FUNNY, EH
Kids in the Hall fans may find the eight-episode 2022 remake a real beauty, but for me, the Canadian comedy troupe ought to go back to their rooms. The irreverent content is socially, culturally and politically on point, and the original 1988-1995 shows garnered quite a cult following and friends recommended it highly. But even after watching several new and old episodes, I still didn't get it. By comparison, the 2022 documentary about the group, THE KIDS IN THE HALL: COMEDY PUNKS, was much more interesting (and funny in spots), but not enough to make me a convert. Both the new episodes and documentary are available on Amazon Prime. (CARRIE SCOZZARO)

JOYCE MANOR, 40 OZ. TO FRESNO. The ever-emotive punk band hollers out a fresh set of tunes ideal for mosh pit sing-alongs on its sixth full-length album.

BTS, PROOF. Want to understand the phenomenon that is K-pop super boy band BTS? This new three-disc, 48-song collection features some of their chart-topping hits, new singles, demos and more.

CARRIE UNDERWOOD, DENIM & RHINESTONES. No one would ever accuse Carrie Underwood of making rural, dirt-road country music, but the superstar turns up the glam even further on her latest LP. (SETH SOMMERFELD)