The COVID-19 shutdown killed 70 percent of Casey Duncan's potato business - but then he got an idea...

Sell 'em straight to anyone who wants to mash 'em, boil 'em, stick 'em in a stew 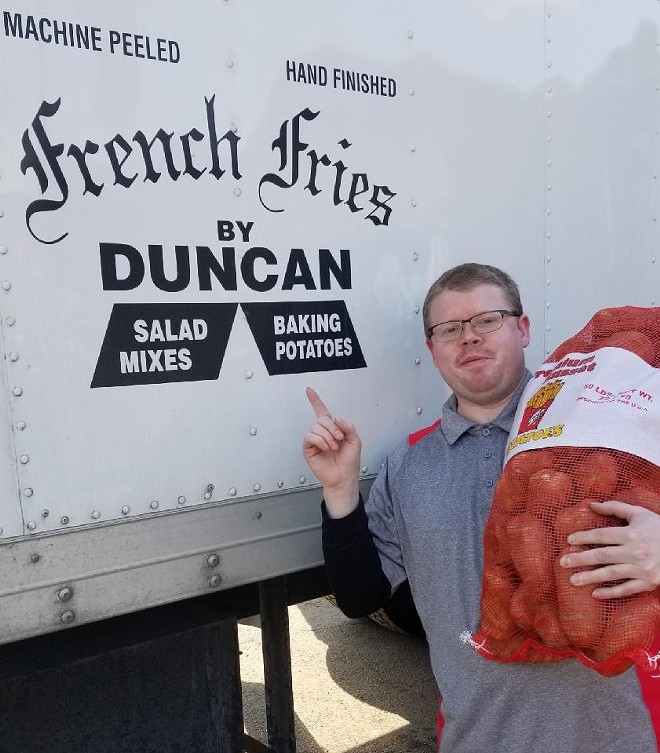 Photo Courtesy of Casey Duncan
Casey Duncan, president of Duncan Produce.
The consequences of shutting down dine-in service for every restaurant and fast-food joint in Washington state simultaneously can't be underestimated. It's not just the waiters, cooks, and cashiers who lose their jobs — it's everyone up the supply chain that supports them.

That included Duncan Produce, a family-run produce manufacturer that sells potatoes, carrots, cabbages and onions to distributors and restaurants. It's not just whole potatoes, either — they pre-slice and pre-steam hashbrowns for diners and french fries for joints like D.Lish's Hamburgers.


Normally, they'd sell about 50,000 pounds of potatoes a week. But "normally" is not an adverb that applies lately. To prevent the spread of COVID-19, Washington Gov. Jay Inslee required every dining establishment in the state to switch to take-out only.

And so for Casey Duncan, who took over Duncan Produce from his grandfather seven years ago, the loss of the vast majority of the restaurant business was a huge blow.


"My business dropped by about 70 percent," Duncan says. On Tuesday, he called his crew — about a dozen people — into the break room and gave them a version of the same coronavirus talk delivered in break rooms across the nation: We're sorry, we'll do what we can, but layoffs are coming.

He laid out a new part-time schedule, but promised him they'd still be getting paid, for at least he next three or four weeks.

"I told my crew, I’d do anything I can to make sure they have paychecks," Duncan says. "I’d even be willing to sell my personal car to keep their paychecks coming."

On Tuesday, St. Patrick's Day, he called one of the farmers who supplies him.

"I told him I wouldn't need any spuds or onions for I don't know how long," Duncan says. "He told me, 'Casey. People gotta eat.'"

And that's when the epiphany hit. Due to the spate of "panic-buying," grocery stores have struggled to keep their potatoes and onions on their shelves. So why not, perhaps, sell directly to the consumer?

The public had a crazy amount of demand. He had a crazy amount of supply. And so just like that, he changed his business model. Instead of just selling to distributors that sell to fast-food joints who cook the french fries to sell at the drive-through — he'd become a drive-through himself. Consumers could drive up and his crew — wearing gloves, of course — would sell them potatoes directly.

He put out a post on Facebook at 4 pm, laying out a deal that put Costco to shame: 50 pounds bags of Russet potatoes for only $15 each.

"Wednesday exploded. We sold a whole truckload of potatoes and most of the inventory I had on hand," Duncan says. "At that point, I decided, well, we need to keep making more hashbrowns and people are gonna buy them."

"One day we went from almost having to lay most of my crew off, to the next day telling them they have to work overtime," Duncan says. 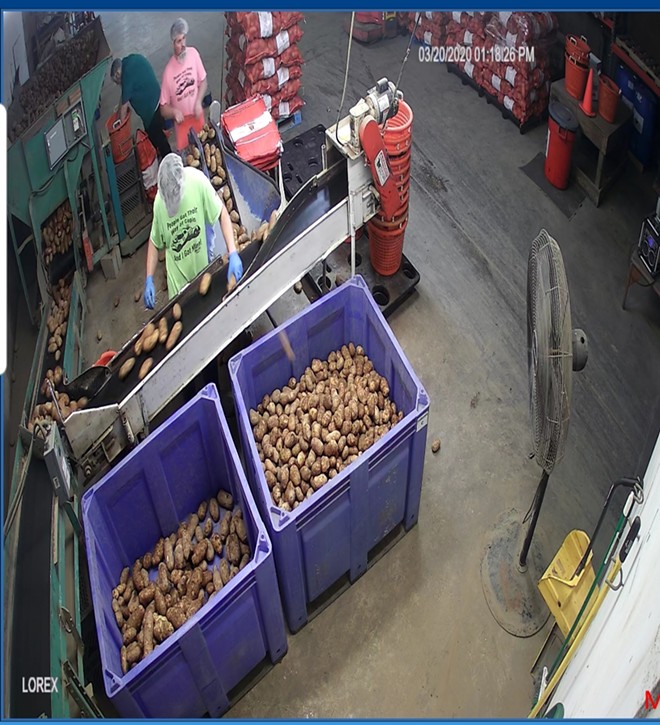 Photo Courtesy of Casey Duncan
The overhead feed of the potato assembly line at Duncan Produce.
Suddenly, he was facing a whole host of new challenges, like how to handle all the cars in his parking lots.


"Some people are taking it into nursing homes, taking it to their elderly neighbors. Some of it's going to help out for those school lunches they're going to be doing,"  Duncan says. "I have a shipment coming in tomorrow with another about 35,000 pounds of potatoes and 6,000 pounds of onions that we're gonna try to sell."

He knows this won't last, but for now, it feels good.


"It helps the community, it helps my crew, it helps my business," Duncan says. "It's a good thing all around."