The hardest working room in your home combines function and style 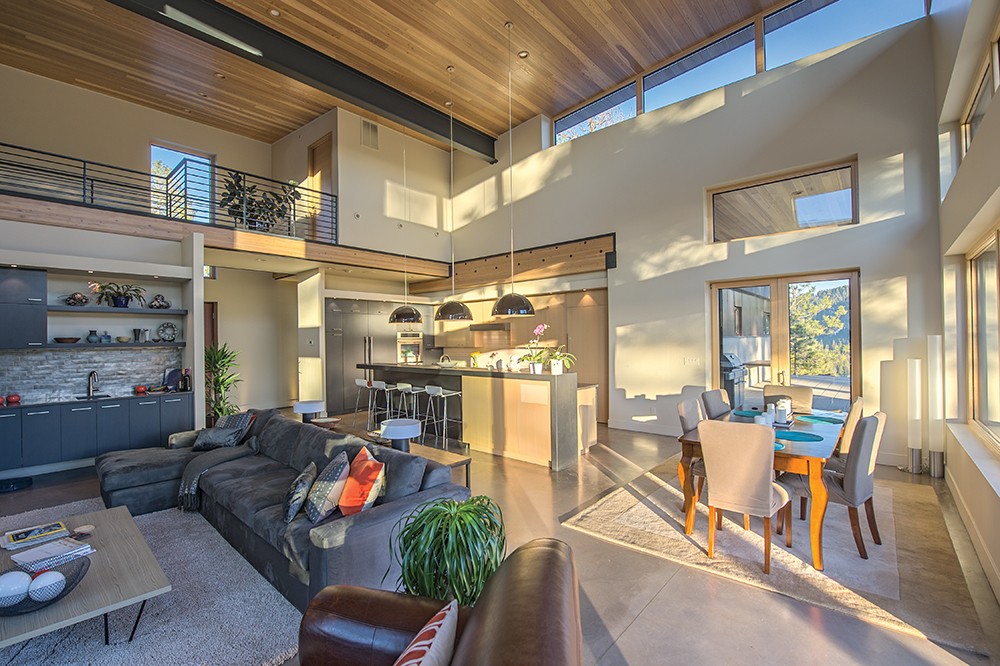 Don Hamilton Photo
Open-concept living puts the kitchen in the center of it all. This one, above Fernan Lake in Coeur d'Alene, was designed by Tammie Ladd.

The most unbelievable scenes ever shown on television may be when Caroline Ingalls, better known as Ma on Little House on the Prairie, would emerge from her tiny kitchen, with platters of fried chicken, fresh biscuits and hot coffee.

It is unbelievable that any culinary miracles happened in such a cramped and primitive kitchen.

Nowadays, kitchens serve as a food prep area, entertainment space, activity center and showcase piece. There has never been a greater need for a well-designed kitchen.

"The kitchen is still the heart of the home," says Deanna Goguen, owner and interior designer at Designology in Spokane. "Open-concept living is great for seniors who wish to age in place, young families and those who love to entertain and want to spend time with their guests while they cook."

"I call it 'dinner theater,'" says Sarah McGovern, principal and owner at Milieu, a Spokane design firm. "People gravitate to the kitchen no matter what, but they don't have to be in the way. I try to keep the audience outside of the work area."

So when it comes to whipping up meals, entertaining guests and dinner theater, what trends are hot?

"White cabinets, of course, and elements of white in every interior, regardless of style," says Tammie Ladd, principal and owner of Spokane's Tammie Ladd Design. "I've purposely tried to steer clear of just cool grey and white; I think it can come off a bit too cold and sterile. Even though I'm seeing it everywhere, I'm not convinced it will stick. I prefer a graceful balance of warm and cool elements in a palette for lasting appeal."

Lasting appeal is important, considering the average price of a kitchen remodel is $21,000, according to Home Advisor and Bankrate. Most people's pocketbooks, as well as their sanity, can only afford it once.

As hot as white is, Designology's Goguen loves color. "Purple was just named the color of the year by Pantone, and we saw it all over the Olympic skating venue," she says. "It's on runways and in home decor, so why not in kitchens where it looks best paired with shiny white surfaces?"

Goguen is in the finishing stages of designing a kitchen with navy blue cabinets in the butler's pantry. "When adding cabinets in different colors, use the same door style throughout the space for overall consistency," she says.

Whether colored, white or neutral, cabinets are one of the greatest expenses in a kitchen. Save the cost — while embracing a hot design choice — by opting for open shelving.

"Traditional upper cabinets are used less and less if the design allows, or are at least anchored by towers of cabinetry," says Ladd.

Open shelving on upper cabinets is eye catching, but if your inner slob rules, it's going to need to abdicate power, because while open shelving is popular and attractive, it is also unforgiving. You can't shove unopened mail and mismatched mugs onto open shelving, but using it in your home can create a minimalist look. 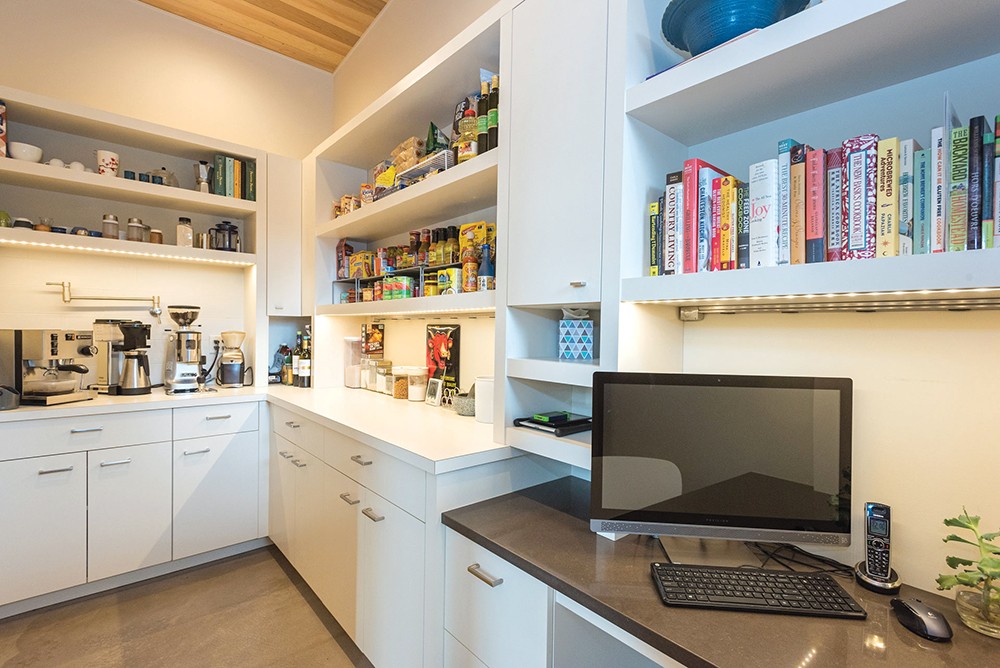 "I'm seeing more clients open to the idea of clean lines, decluttered counters and hidden prep and clean areas," adds McGovern. "I have drawn up plans for butlers' pantries that contain full-sized sinks and dishwashers, so that after-meal messes can wait in a closed off space until guests leave."

While open shelving may leave cabinets out of the picture, there are plenty of doors and drawers in the rest of the kitchen. "Brass is back, and various metals are being used in conjunction with each other in great harmony," says Ladd of some of the hottest knob and pull styles.

"I try to think of ease-of-use and comfort with pulls, not trends," adds McGovern. "It's important that your kitchen pulls don't hurt your kids' foreheads or snag your shirt as you move around. I also love to throw in something singular or repurposed to add interest."

Repurposed and reclaimed items prove what once was old, now is new. "Found pieces, or pieces designed to look like furniture, are hot right now," says Goguen. "Islands made to look like architecturally salvaged pieces are really big. Oftentimes, clients will come to me with goods they've had for some time, and we can incorporate them into the design. Other times, designers can make an island that looks like a found object by using reclaimed materials."

For anyone with stenciled grape clusters and fake ivy in your kitchen, be warned. "Any themed kitchen is passé," says Goguen. "Now, we're seeing quartz and ultracompact surfaces that outperform granite and are a lot less visually active. People are making the switch to LEDs or halogen."

But what if themed is your personal style? According to McGovern, your home should be a reflection of what you have acquired from your life experiences — not just things, but knowledge and beliefs, and a designer's job is to edit it, make it work and make it beautiful.

"We each want our home to say something about us," says Goguen. "I get to the root of what my client wants to hear their home say. Whatever they want their home to feel like — and to say — is their brand. No one else has it.''

Whether with a designer, or through your own research and personal style, it's possible to create a kitchen where food, family and fun all combine. One that would leave Caroline Ingalls saying, "Unbelievable!"

Joe Nuess Photo
"People gravitate to the kitchen no matter what, but they don't have to be in the way," says designer Sarah McGovern, who worked on this South Hill kitchen. The large island creates a functional barrier that still allows guests to interact with the cook.

• A mix of natural wood and paint

• Use of nontraditional pieces for islands

• Appliances fit more snugly than ever in cabinets, creating a sleeker kitchen look

The original print version of this article was headlined "What's Hot in the Kitchen?"

How to approach your remodeling projects like a pro

Before & After: Lacey Hert, Sarah Grant and Ali Messer share their DIY projects

The Suite Life: A thoughtfully crafted master suite offers an oasis of calm in a busy home

You're Welcome!: How to entertain with grace and style this season without busting your budget 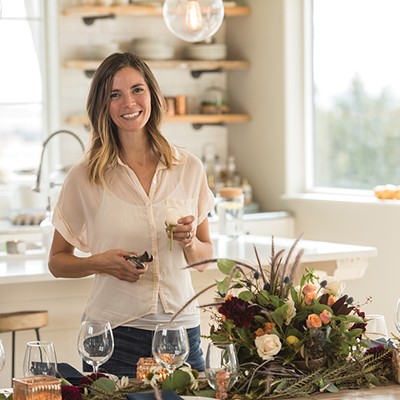 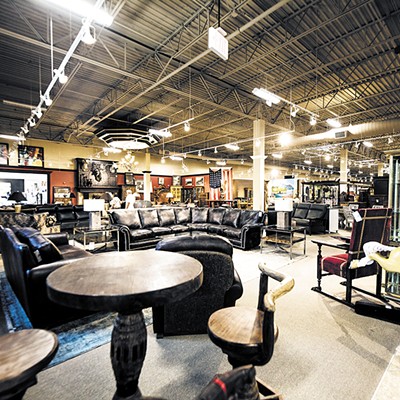