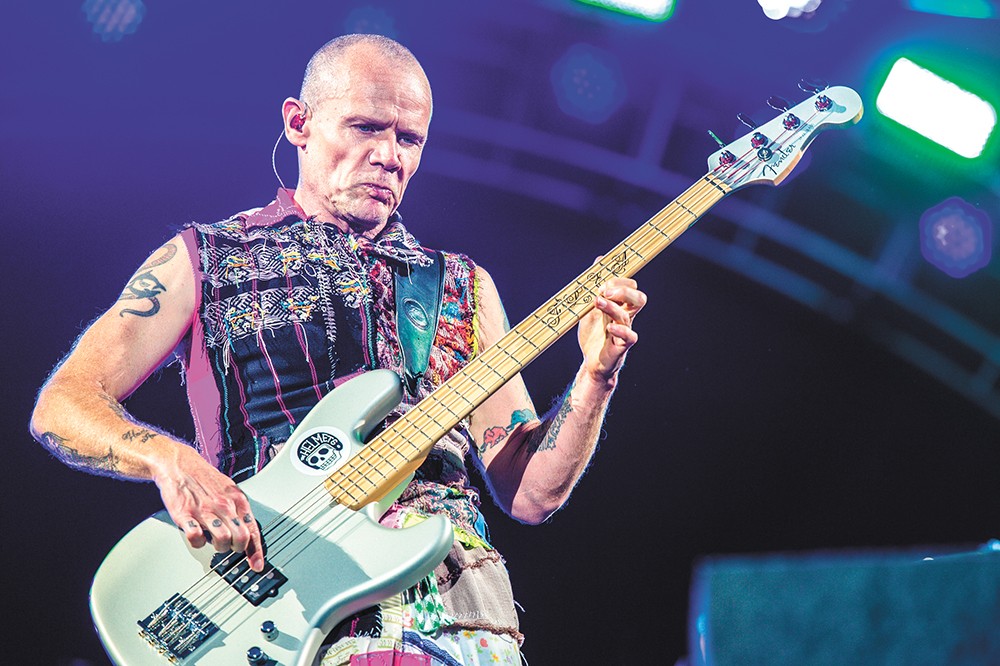 Emulation is the foundation of rock 'n' roll.

After all, music is a continuum, endlessly building upon what came before and influencing what comes after. But sometimes, when rock musicians add a new twist to an old formula and develop something truly groundbreaking, what comes after kind of, you know, sucks.

What's that? You belligerently demand examples? Alright, alright: Here are three rock legends who did something new and awesome for their time, inadvertently inspiring legions of mostly inept and annoying copycats.

Eddie Van Halen: When Van Halen's self-titled debut album dropped in 1978, rock fans everywhere were shell shocked. How, exactly, did Eddie Van Halen rip such seemingly impossible sounds out of his guitar? The world had never heard a guitar player quite so shreddin'.

Part of his secret was the two-handed tapping technique: Hammering on and pulling off notes with both hands, as opposed to the standard technique of fretting a note with one hand and picking it with the other.

Another example, you shriek? Tapping in the rock context is most famously demonstrated by the second track on Van Halen's first album: the alien-sounding, sub-two-minute demonstration of sheer technical skill, "Eruption." It's worth emphasizing that, no, Eddie didn't invent tapping — string musicians have been using the technique in one form or another for centuries — but he did introduce tapping to the world of heavy metal in a creative and explosive way, inspiring an entire generation of young musicians to lock themselves in their bedrooms and practice the shit out of their guitars.

And there's the problem. As a band, Van Halen launched the hair-metal scene of the 1980s, a period during which seemingly every band had a hard-partying, super-shredding guitarist with a perm. (Think of bands like Poison and Ratt, and retch a little.) And Van Halen's influence wasn't limited to that specific period of butt rock. To this day, it's common at local metal shows to see guitarists throw in some half-baked tapping nonsense just because — players who place technicality over musicality.

Part of the band's massive appeal was frontman Eddie Vedder's baritone singing voice, which is somewhere between Jim Morrison and Metallica's James Hetfield. (Which, yeah. Take it or leave it.) But here's what the copycats really latched onto: Vedder famously exaggerates the enunciation of vowels ("baby" becomes "bah-bay") and the ends of phrases ("again" becomes "again-ah").

These sorts of embellishments have become rock cliches, but only because damn near every alternative-rock frontman that emerged for the next 20 years seemed to adopt some variation of Vedder's vocal mannerisms, often to nauseating effect. Without Vedder paving the way, most of the homogenous, grunge-influenced, mid-2000s alt-rock that dominated the airwaves probably wouldn't have happened.

Of course, it's not Vedder's fault that so many rock vocalists chose to copy him (and suck), and there's no taking back the untold horrors inflicted upon millions of innocent eardrums. It's perfectly OK to dream about a world without Creed, Staind, Seether and Nickelback, though.

Flea: Given their enormous popularity, the Red Hot Chili Peppers have been surprisingly uninfluential. Like, how many rap/rock/funk acts over the past 30 years have felt like anything more than a bro-rock blip on the radar? For being one of the biggest bands in the world, RHCP as a group doesn't appear to have inspired many copycats, but the same can't be said specifically of their spasmodic, insanely fit and just-plain-insane bassist, Flea (real name Michael Peter Balzary).

Flea's widely recognized for having pioneered a new way of playing bass. Basically, he took the slap technique of Sly and the Family Stone's Larry Graham and cranked it up to the speed of punk rock. The style is a big part of the band's signature sound (think "Around the World" and "Higher Ground"), and it allowed Flea to create complex counter-melodies to John Frusciante's relatively simple guitar lines.

But look: From a technical standpoint, the slap-punk style is extremely difficult to master, and there's little worse than hearing an amateur bassist's sloppy, string-buzzing slaps cutting through a live mix. Unfortunately, Flea's virtuosic fretwork gave an entire generation of aspiring musicians an excuse to wank off on the bass, which is never advisable — unless you're, you know, Flea. ♦