The Cowles' paper mill tries to get around new pollution limits through a budgetary footnote. 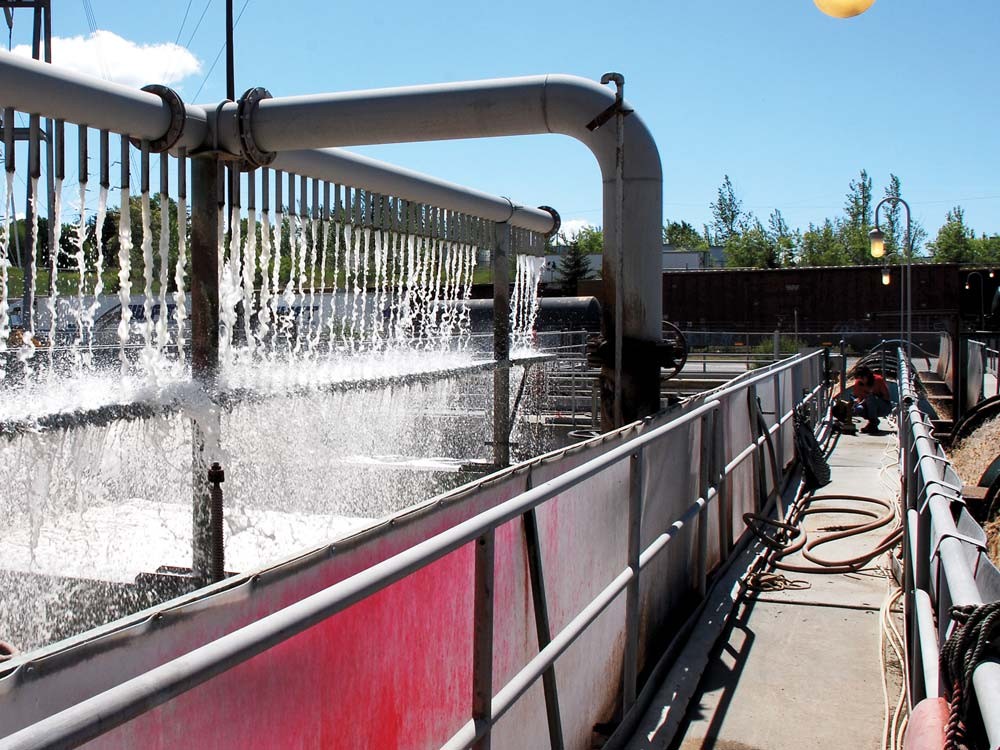 Tammy Marshall
Inland Empire Paper has invested millions into reducing pollution in wastewater piped back into the Spokane River.
people.”

The company, one of the seven permitted wastewater dischargers into the Spokane River, told Washington state legislators and representatives of local environmental groups that it intended to attach a proviso to an upcoming budget bill that would force the Department of Ecology to issue the company discharge permits for phosphorus.

“I don’t know who would support anything like that. That’s not the right approach,” says state Senate Majority Leader Lisa Brown, D-Spokane. “It was suggested to me that I do that, and I rejected that idea.”

The paper company discharges into the river a relatively small amount of phosphorus, which can lead to algae blooms and levels of dissolved oxygen fatal to fish. But it has out-sized fears of fines or other punishment from regulators if it can’t meet the new levels – reducing from 342 parts per billion to 36 ppb.

“In looking at all the options available, there was discussion of a budget proviso to assist in the process [of reaching a permit agreement]. But no proviso has been inserted into the budget,” Doug Krapas, environmental manager for Inland Empire Paper, writes in an email.

The paper company either backed off or was rebuffed. (The company is owned by Cowles Publishing Company, which also owns the Spokesman-Review and KHQ.)

“There is nothing in the House budget,” says Rep. Andy Billig, D- Spokane.

Mike Chappell, an attorney with the Gonzaga Environmental Law Clinic who works frequently with the Spokane Riverkeeper, says Krapas alerted him that the paper mill would try for a legislative solution attached to a budget bill.

The company “reached out to me to let me know. They didn’t want me to hear it through the grapevine,” Chappell says.

Chappell says he told Krapas the maneuver would likely not go over well.

“Not when we are sitting down and trying to work within the system,” Chappell says. “[While] people who have significantly more power than anybody in the environmental community [keep] working outside the system.”

But Krapas writes that the company has spent more than $9 million to reduce it’s phosphorus discharge, and is only able to reach 70 ppb. “We have not been able to identify any available technology” to reach 36 ppb, Krapas writes.

“I share his frustration,” Chappell says. “They want cost certainty and the target keeps changing.”

“I think the company takes this very seriously, and I understand they want to get something on paper that they can achieve,” Brown says.

But, she adds, “I would never use a budget proviso to send a message to a department when I can just call up Ted Sturdevant, the department head,” and air out concerns.