The State We're In

Mayor Condon to outline his vision for Spokane; plus, Baumgartner pushes community service for the unemployed 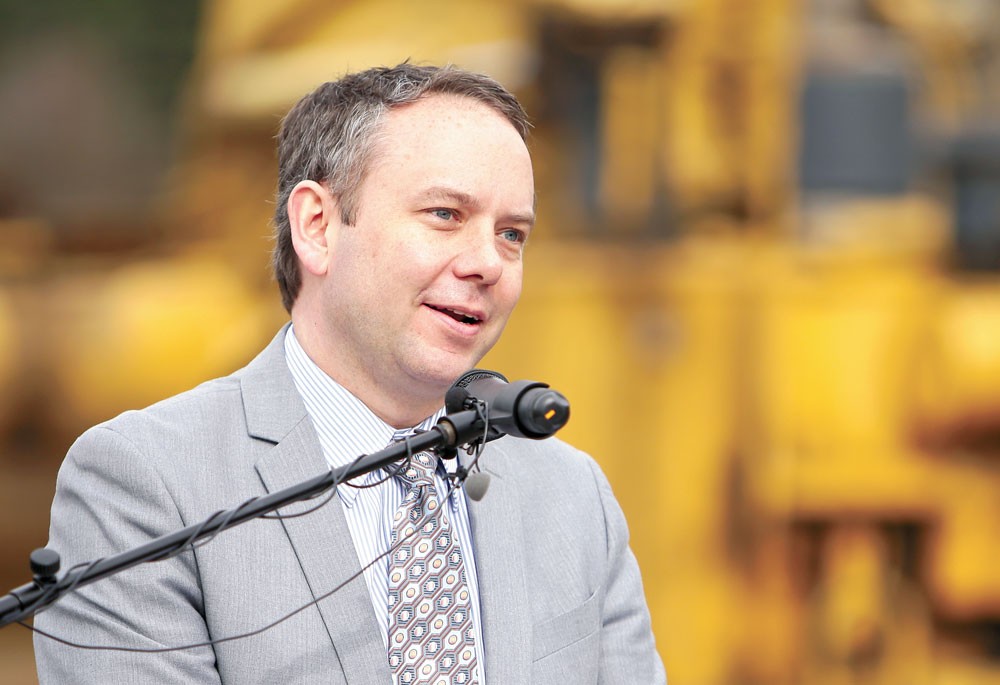 Just past the halfway mark in his term as mayor, David Condon will deliver his State of the City address three times over two days this week.

He'll give the speech to a closed student assembly at North Central High School Thursday afternoon and to the public in the school's auditorium at 6 pm Thursday. Condon will then give the speech again at Greater Spokane Incorporated Friday at 7:30 am. Registration for that event is at events.greaterspokane.org, and the cost for non-GSI-members is $55, but it will also be shown live on City Cable 5 and streamed on SpokaneCity.org.

In a press briefing Monday, Condon said he plans to outline a new "strategic plan" for the city, including ideas for improving public safety and education.

State Sen. Michael Baumgartner, R-Spokane, put forth a bill last week that Democrats in the Senate have already decried as a "cold" and "offensive" form of punishment for jobless workers: Under Senate Bill 6392, adults, ages 18 to 65, who receive unemployment benefits would be required to perform at least eight hours of community service for every four weeks of benefits received. The bill makes an exception for individuals with "justifiable cause" for failing to complete service work, which Baumgartner says would include "family or medical obligations."

"We have some folks who have been really long-term unemployed. How do you get them back in the job market, meeting people and networking and building communities at the same time?" Baumgartner says. "America is very much a place that believes in both a hand-up and a hand-out."

Baumgartner says it's not intended to punish the unemployed, as his Democratic colleagues have claimed, but rather keep them connected to the labor market.

"Community service is an honorable pursuit, but forcing someone into it simply to maintain their family's lifeline is downright cold," said Sen. Jeannie Darneille, D-Tacoma, in a statement. "This also suggests that our friends and neighbors seeking work aren't already working in their communities. That is an absolutely offensive notion."

On Wednesday night of last week, the board of trustees of Spokane Public Schools made the first decision to allow a charter school in the state of Washington.

Two California based charter schools in contention were rejected after research from the National Association of Charter School Authorizers showed the schools had tepid academic performances.

But PRIDE Prep, the brainchild of former Garry Middle School principal Brenda McDonald, got rave reviews from the experts, and the board unanimously voted to charter her school. McDonald says the school day will be two hours longer at PRIDE, will provide a laptop or tablet for every student and will require students to take additional math and science courses. It won't open until the fall of 2015, but there's a lot of work to do until then. "Right now our board is working at fundraising and our development plan," McDonald says.

Meanwhile, Idaho Superintendent of Public Instruction Tom Luna announced that he wasn't going to run for another term. Luna, whose three signature "Students Come First" reform bills were toppled by referendum in 2012, had become a very controversial figure.

In a state that bristles at state and federal control, Luna's ambitious initiatives won him some enemies. Some Idaho liberals don't like how he's pushed reforms that would have transfered power away from teacher union's to administrators and local school board members. And some conservatives haven't appreciated his stalwart support for the Common Core, the state standards being adopted nationally. By not running for re-election, he could concentrate more on his policy goals, Luna explained at a press conference Monday.