The original steampunk band will transport you to a place that never was. 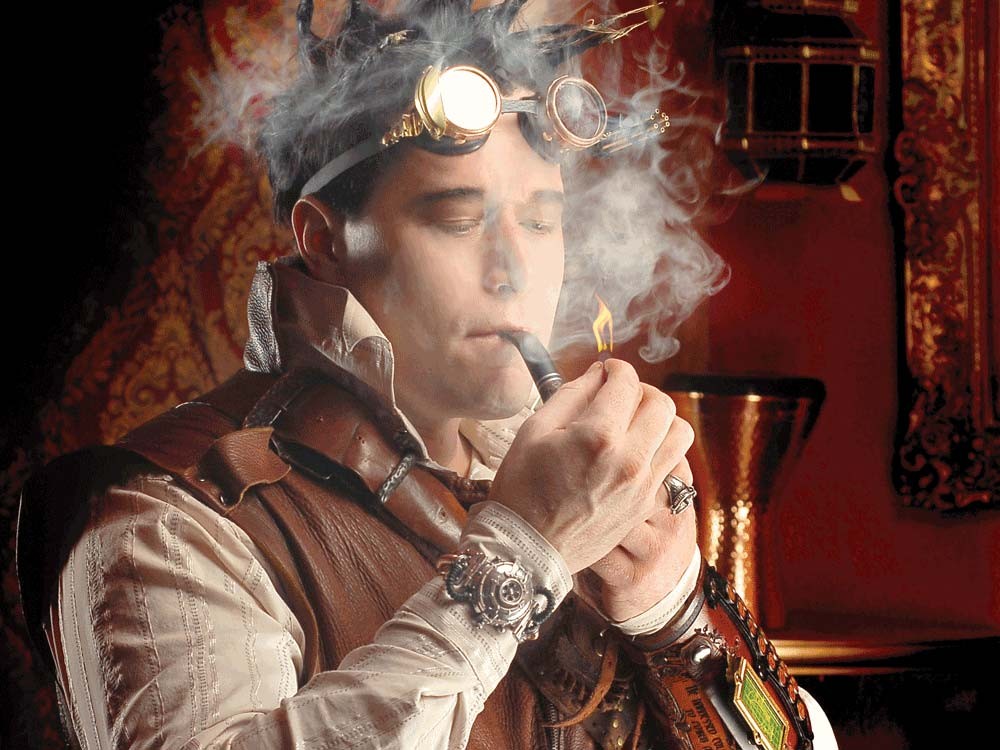 In a hazy Victorian-era city, a mechanical boy sits unfinished, abandoned by his creators. With no hope of their return, he realizes he must finish himself, because being incomplete is as good as being broken. Meanwhile, in another realm, an evil man perches in a twisted tower atop a twisted hill, only leaving to inflict misfortune upon others. He sleeps well at night — knowing that if he were truly evil, he would feel no remorse.

Both are characters played out in songs by Robert Brown. The mechanical boy is a projection of Brown himself, and his experience after his parent’s divorce; the plotting villain is a reflection of a philosophical daydream. Both are parts of the alternative world he’s created through the music of his band, Abney Park.

Brown’s world is classified as “steampunk” — a sci-fi subculture characterized by the blending of Victorian-era aesthetics and modern technology. Drawing on ideas put forth by the likes of H.G. Wells, steampunk has carried over into films like City of Lost Children. The fictional world is filled with steam-powered machinery and clunking brass gears.

Considered the first true “steampunk band,” Abney Park applies the fundamentals of the culture to music.

“We’re hybridizing this modern entity of modern rock music … by taking these vintage styles of music from all over the world and bolting them on,” says Brown. Driven by Brown’s deep voice, Abney Park makes pop music that incorporates brass and mandolin, as well as vintage recordings.

But when Brown started the band in the mid-’90s in Seattle, it was out of place.

“[We were] coming up in Seattle during the whole Kurt Cobain and Nirvana and Pearl Jam — that kind of era, people wanted nothing to do with it,” says Brown. But soon the goth world started booking him at events. “It struck a chord with them before anyone else.”

Today, years later, this is Brown’s full-time job. Abney Park has an RPG video game and a novel in the works with British publishing company Cubicle 7 Entertainment based on the band’s backstory and themed music. They headline steampunk conventions and play shows around the world.

The band’s fascination with the aesthetic goes beyond the lyrics, though. Brown has redone all of the instruments to complete the look onstage. The band dresses in classic garb and works with “circus folk” who perform acrobatics, fire-breathing and belly dancing while the band plays.