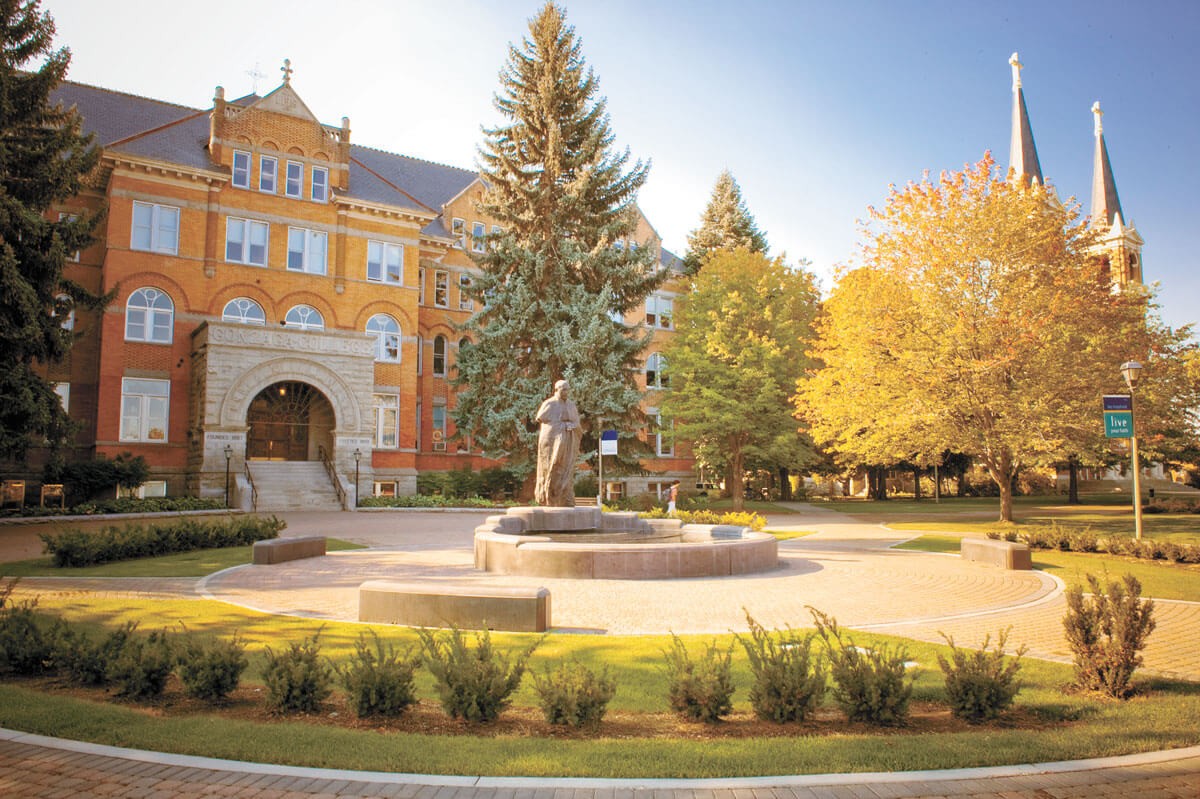 It's easy for Spokane Regional Health Officer Bob Lutz to imagine the safest way for colleges to open this fall. Build a wall around the campus. Form a bubble that blocks out COVID-19.

"Once you're on campus, you stay on campus. You don't go off. You don't interact with anybody out in the community," Lutz says.

Lutz knows that's just a fantasy. Colleges can't exist in a bubble. Students and professors will need to come on and off campus, possibly carrying the virus with them.

But the current plan among local colleges, which relies on students limiting social interactions, may also be wishful thinking, Lutz fears.

"What population has been driving our cases, not only in Spokane but across the state and the nation? 20- to 29-year-olds," Lutz says.

While schools like Washington State University and Eastern Washington University have chosen to hold most classes online, others like Gonzaga, Whitworth and University of Idaho are expecting thousands of students this fall for in-person instruction. They've listened to public health guidance and have invested in more robust testing and contact-tracing resources, but in order for their plan to work, they're putting the onus on students.

"In order for us to be successful as an institution for in-person, it's ultimately going to be up to them, and their behavior, and their choices," says Blaine Eckles, dean of students at University of Idaho. "My job is to work with adults ... and for adults, it comes down to having conversations about responsible decision-making and taking ownership for our actions."

Can colleges get the message across in a way public health experts haven't? Lutz hopes so, but he remains skeptical.

In June, Gov. Jay Inslee released a plan to "restart higher education" that included certain social distancing protocols. The final decision on opening campuses, however, was largely left to individual institutions and their local health districts. As Eastern Washington University decided early on it would plan for an online model in the fall, for instance, Whitworth knew it wanted to open campus, if at all possible, says Whitworth President Beck Taylor.

"We really believe that the kind of in-person, relational dynamic is what's best for education at Whitworth, and so we want to try to stick with that as much as possible," Taylor says.

It's an equity issue. First-generation students, along with students of color and other marginalized groups, will have a hard time succeeding without the resources and support they can get in-person, he says.

Taylor says the university has worked closely with the state Department of Health and the Spokane Regional Health District on reopening. Face masks will be required indoors, physical distancing policies will be implemented, and the university is setting aside around 80 beds for quarantining purposes. Taylor says the university has already spent more than $1 million on safety protocols and technology upgrades to provide online and in-person hybrid classes. They've also hired contact tracers, knowing positive cases are inevitable.

Testing is key. Whitworth, Gonzaga and University of Idaho will implement regular "surveillance testing" in addition to regular testing of students who have symptoms. At Whitworth, the surveillance testing will test about 4 percent of the campus every week, Taylor says, and students will participate voluntarily. He adds that Whitworth will also do more targeted testing of "higher-risk groups" along with athletes. They've contracted with Incyte Diagnostics, which should turn around test results within 48 hours, Taylor says.

University of Idaho is testing all students returning to campus first. Last week, UI found 34 positive cases out of 2,371 tests.

The protocols in place at Gonzaga and University of Idaho classrooms — including mask mandates and physical distancing measures — are similar. But a greater challenge in preventing the spread of COVID-19 lies in the dormitories. Gonzaga waived the requirement for first- and second-year students to live on campus and anticipates around 2,000 students living in its residence halls. Typically, that number is around 3,000.

"Some students by virtue of their academic program — or internships, or practicum experiences — might need to be here. There's lots of reasons why students might need to be here," Porterfield says. "We ultimately felt like, with good planning, we could provide a circumstance that was reasonably safe."

Eckles, with University of Idaho, says some residence halls are moving to single occupancy of rooms, and outside guests can't come over. At both Whitworth and Gonzaga, students may live in the same dorm, but they would be treated like a household — free to socialize with each other and maybe others who live on their floor, but unable to visit with other students.

"I'm not convinced that students wouldn't be exposed to greater risks, or at least the same risks, if they were living independently either at home or in apartments," Taylor says. "As students follow that regime and limit their social interactions outside of that group, we feel like we have a strong chance of success."

Still, a big portion of students live off campus, where there may not be the same kind of rules as on campus, and where they may be more free to socialize in large groups and bring the virus onto campus. What can colleges do about that?

"Then, it becomes a communication and culture issue," Taylor says.

It's unclear how much COVID-19 would need to spread before local colleges would switch back to remote instruction. The Spokane Regional Health District could order Gonzaga and Whitworth to close, but Taylor says whenever he asks what benchmarks would trigger a shutdown, he's told it depends on a variety of factors.

Eckles says President Scott Green will be looking at "a multitude of data points" and getting feedback from public health experts. To prevent a shutdown, they've begun informational campaigns to change student behavior, including the "Healthy Vandal Pledge" reminding students of basic precautions preventing the spread of COVID-19. And that message, they hope, extends to off-campus activities, too.

"They want to be here in person. They don't want to jeopardize their learning experience and they want to be respectful to our community," Eckles says.

Taylor says Whitworth is developing a messaging campaign to remind students and faculty their decision-making will impact whether Whitworth can maintain in-person learning. He's optimistic they will "understand the gravity" of the issue, but admits it will be "very difficult."

Gonzaga's Porterfield says the university will likewise take an educational approach when students aren't following the rules. Universities have processes to address off-campus behavior, and that could apply to having a party and exposing others to COVID-19.

"It's not appropriate for students to be having mass gatherings and parties off-campus — some would argue it's never appropriate, but certainly not appropriate during a pandemic," Porterfield says. "I believe our students are going to be responsible."

He knows there will be some violators. And with COVID-19, it doesn't take much before there's an outbreak.

"It's going to be a major challenge, because it only takes one mistake early that can really result in a serious outbreak," Porterfield says. "And so, of course, we're concerned about it."

Maybe university administrators can impart the importance of leadership and responsibility and the importance of social distancing on students. Maybe there's a world where enough students take it to heart, and colleges can stay open. That's what Lutz, the health officer, is rooting for.

"But I think you're going to have 10 percent, 15 percent or whatever that are going to say, 'You know what? I feel OK about this. I really want to go out and party,'" Lutz says. "And they will. And we know that's what happens. And we know what happens when they do, if they've got COVID-19." ♦

The original print version of this article was headlined "College Dreams"