In 20 years, scientists may be able to use stem cells to grow whole new teeth in your mouth 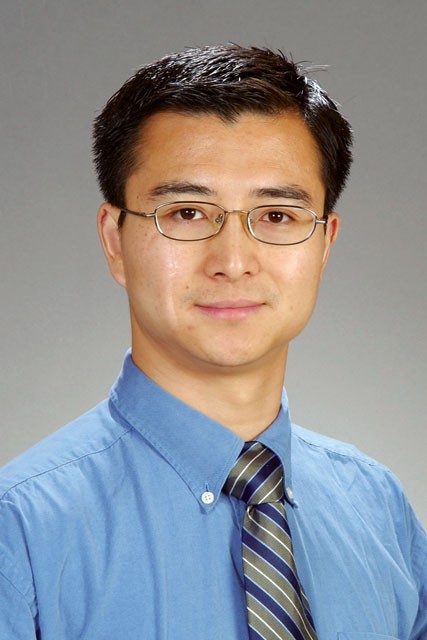 Maybe it was a bar fight. Maybe a hockey puck. Maybe it was the result of an ill-considered bet. For whatever reason, there’s a gaping, whistling hole where your two front teeth used to be. These days, an oral surgeon can help you out with an implant — a faux-tooth held in place by a titanium rod. Reports of discomfort may vary, but no one argues it’s not expensive.

But in the mouse cages of the world’s top dental researchers, the future looks different. Scientists have been able to regenerate mice teeth — at least the crowns — using stem cells.

Someday, you may go into your dentist’s office, he may apply some sort of gel to the hole where your teeth used to be, and then, a few months later, your adult teeth will actually grow back.

It’s a long way off, but that’s the area Hai Zhang and Martha Somerman, researchers at the University of Washington’s School of Dentistry, are working on.

Think of the horror stories you’ve heard about giant tumors, the kind with hair and tooth crowns floating around inside.

“That’s an example of a stem cell going beserk,” Somerman says. The right sort of stem cell can grow into almost any human material. So what if, by using certain protein triggers, the stem cells naturally in the mouth could be tricked into becoming teeth?

There’s a good reason to fight for that. The current titanium-and-amalgam method has some problems.

“Titanium is not compatible with human bone tissue,” Zhang says. While the body accepts titanium better than other metals, there’s always a small gap between the bone and the metal — a gap where dangerous bacteria can grow. And the materials can cost around $5,000 per tooth.

Achieving successful tooth regeneration, however, has numerous hurdles to leap. The first is finding the proper type of stem cells. Some stem cells have more potential than others to develop into specific tissues.

“Trial and error is part of the approach,” Zhang says. “We will identify a series of key factors and work for the top candidate.”

Second, the tooth is composed of a number of structures and materials. There’s the crown, the root and the pulp inside it. There’s enamel, dentin and cementum. All these will likely require different stem cells to develop in different ways, at different phases.

The challenge is figuring out how to use the proper protein signals to convince the human body where, how and when to grow the cells, and — just as importantly — when to cease. It’s one thing to get mice to start growing dental crowns. It’s another to get them to stop.

Simpler is the avenue Somerman’s pursuing — using stem cells to treat the ravages of periodontitis. Untreated gum inflammation can erode the bone below the tooth. Regenerating bone structure could prove easier than regenerating teeth. Bone’s simple. Anyone’s who’s broken an arm knows how bone naturally fuses back together.

The bioengineers at the University of Washington are seeking to build a sort of biological scaffold for stem cells to build bones and ligaments on — a requirement for any future teeth regeneration.

Already, something called “Bone Morphogenic Protein 2” (BMP 2), used in INFUSE brand spinal bone grafts, can turn stem cells that normally would grow into soft tissue connective cells into bone, Somerman says. In most cases, the body has a safety mechanism that will automatically shut down BMP receptors — stopping cell calcification from going too far. BMP, Somerman says, could be the perfect tool for reconstructing not just bone but dentite as well.

Countless collaborators, from Harvard, USC, and other schools, have allied with UW in their quest.

But research takes time. And cash.

“My impression is [it will take] probably 15 to 20 years to see some type of application or reality,” Zhang says. “We need money.”

Two years ago, the National Institutes of Health announced a possible project called “Tooth Regeneration,” looking for multiple research institutions to participate. Zhang spent half a year writing a 500-page proposal for the project, only to be told the “Tooth Regeneration” project had been canceled, due to lack of government funding.

Fortunately, stem cells aren’t the only possible tooth regeneration strategy. In Japan, mice have re-grown fully functional teeth after scientists implanted bioengineered tooth “germs.” Researchers are also working on a genetic approach, Zhang says. The challenge, once again, is finding the proper protein trigger to “turn on” the tooth-growing genes. Whatever the method, it’s clear: Tooth regeneration would be a dental revolution. Say goodbye to ceramic, to metal, to amalgam and plastics. Say hello to the power of biology.

“We are totally changing the dental treatment philosophy,” Zhang says.