A Doctor Who spinoff arrives in America, offering easy stereotypes of Americans. 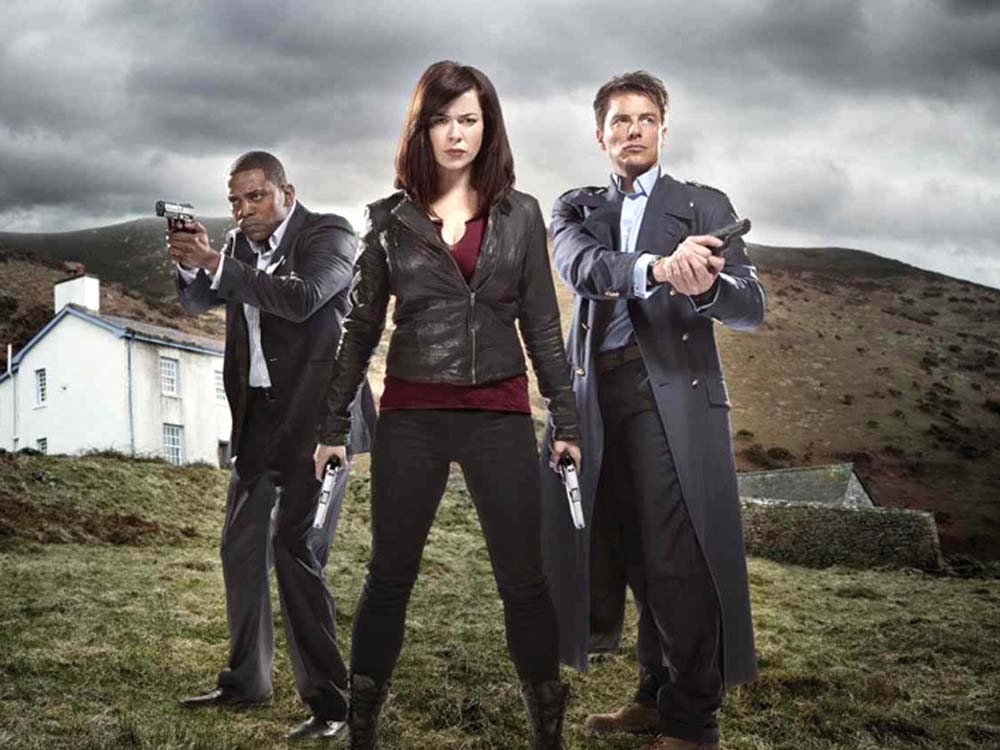 Torchwood, the British Doctor Who spinoff, has come to America. Rather than open with Jack Harkness — Torchwood’s immortal leader — or his underlings, the show starts with Mekhi Phifer, in the character of Rex Matheson, an annoyingly brash, one-dimensional CIA agent. He spends this episode running around and wagging a stern finger: “Do what I say! I’m an American!” Phifer’s character is concerned because one day, no one dies. In the whole world. People don’t die of cancer. They don’t die of old age. Matheson doesn’t die when a piece of industrial steel impales him through the heart.

The world is already overcrowded, and now no one’s dying. Someone does the math and it doesn’t look good. The event has a strange connection to the alien-fighting Torchwood Institute — which was eradicated by the British government last season — so Matheson and his partner, Esther Drummond (who is beautiful and does all the actual work), set about nosing it out.

This could make for riveting science fiction (Bill Pullman plays a wonderfully menacing pedophile released from prison after the lethal injection doesn’t take), but the camera keeps coming back to Phifer.

Rather than swooning over the implications, I spent the first episode thinking, “Why is this guy acting so damn strange?” Why is he cutting everyone off mid-sentence, why is he swerving through traffic for no reason? Why is he popping pills as he leaves the emergency room with a gaping chest wound, without any regard to what the label says? (They’re as likely to be Ex-Lax as Oxy, son.)

Then, just before the credits — as he performed extraordinary rendition on the Torchwood crew — it clicked: Mekhi Phifer isn’t playing an American. He’s playing American — the European stereotype. The guy who acts unilaterally, who flouts international law. The guy who just can’t. Be. Killed.

The other thing I can’t decide is how much I care.

Big Brother 13
Sometimes you want to check in on the old bullies from high school, because, despite being the same old assholes, they’ve gotten fat and lost teeth. It was like that for me when I tuned in to Big Brother for five minutes last week, long enough to watch a bunch of bros and busty women hang from massive stuffed bananas while being shot at with chocolate sauce. “Mmm,” I thought, “same old assholes.” (Weds at 8 pm, Thurs 9 pm, Sun 8 pm, CBS)

South Beach Tow
Miami localization of the now-standard basic cable repo-show. Wouldn’t bear comment, except it’s produced by Jennifer Lopez! More and more celebs (especially ones who can’t get acting work) are becoming producers. For these people, I have a piece of advice: If you want to resurrect your career, don’t produce any show in which you wouldn’t want to have a cameo. (Wednesdays, 10 pm, truTV)

Thundercats
I may have just had a childhood-gasm. I don’t need to explain the importance of this series reboot to anyone between the ages of 27 and, say, 35. For everyone else, imagine this: Big Cats, with mullets, who talk, fly hover crafts and carry swords. I know. Heaven. (Premieres Fri, July 29, at 8 pm on Cartoon Network)