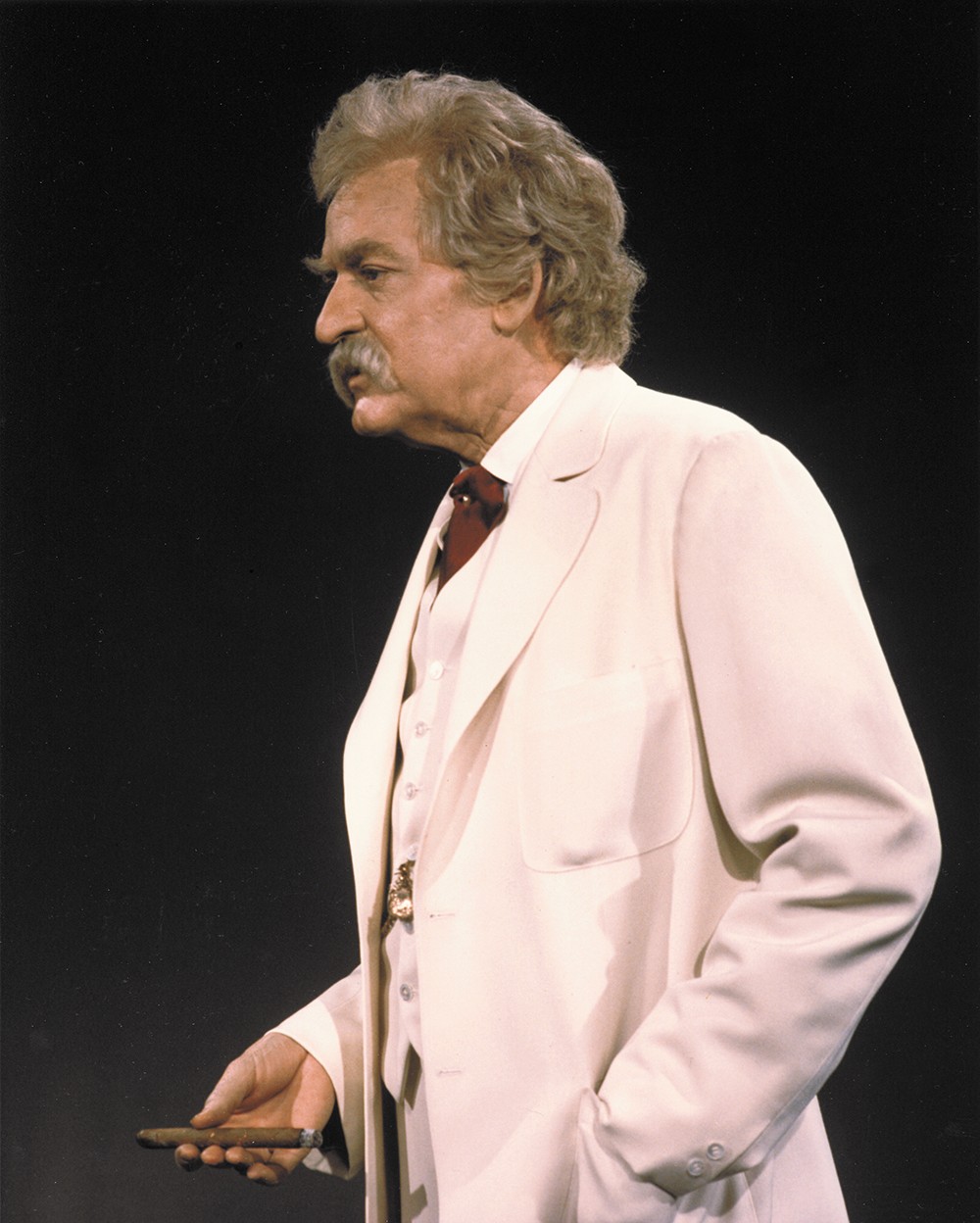 Hal Holbrook sees Mark Twain as relevant as ever in 2015.

Actor Hal Holbrook's résumé is a long and mighty impressive one,

a list of parts that's garnered him Oscar nominations, Emmy Awards and a reputation as a go-to character actor who can shine in roles spanning drama (All the President's Men), suspense (The Firm) and comedy (TV's Evening Shade).

But one name is associated with the 90-year-old more than any other — that of Mark Twain. Holbrook first started portraying the American literary legend (real name: Samuel Clemens) in a sketch that was part of a two-person show he and his first wife did in the 1950s. When they had a child and he had to find a way to support the family, Holbrook turned his portrayal into a one-man show that eventually made its way to Broadway in 1966, earning him a Tony Award. He's continued playing Twain ever since, touring and talking to American audiences who quickly realize times haven't changed much since Twain was illuminating American hypocrisy in the 1800s.

"He is talking about exactly the same things, things that happened 100 and more years ago that are happening today," Holbrook says from a tour stop in Olympia. "The political statements and chicanery and lies are the same as 100 years ago."

Holbrook's concern for the current state of the country compels him to keep mining Twain's work and performing a show he hopes sparks conversation in the audience. He's particularly worried about the divide between rich and poor — a disparity Twain saw in stark relief as America became an industrialized nation full of haves (the owners like Rockefeller, Carnegie and Vanderbilt) and have nots (the immigrant populations barely paid to work the factories).

"The situation today, it's a replay of the millionaire cadre that took over the country," Holbrook says. "They did a great job creating new industries, no question about it, but they looked upon themselves as princes. That's exactly where we're standing today, and it's very dangerous for American democracy."

Twain's insistence on truthfulness from America's leaders, and mockery of those who fell short, serve the show well, as does Twain's willingness to push Americans to discuss uncomfortable topics, Holbrook says, like his insistence on using the word n-word more than 200 times in Huckleberry Finn. "People who want to cut it out of the book don't know what the book is about!" Holbrook says. "It's about racism — yours and mine. We are living in a racist country. Anyone who says it isn't is lying. But nobody wants to talk about it."

Holbrook would never have found this compelling character to play if he hadn't done a little research way back in 1954 when he first conceived the one-man show. He went to a bookstore and found a tome called Mark Twain: Social Critic, by a professor named P.S. Foner.

"I didn't really know anything about Mark Twain at all when I started. I was playing him, but I was just playing an old man" — until he discovered that book, Holbrook says.