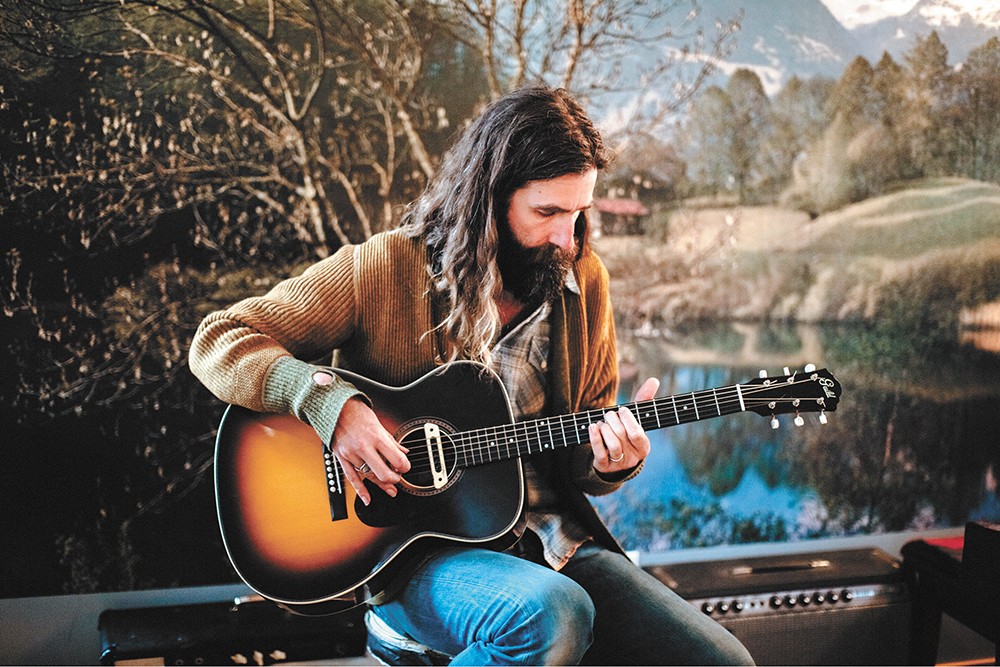 For a lot of people who make their living as traveling musicians, it's not the "musician" part that's hard. It's the "traveling" part. More specifically, it's the part that requires regularly leaving loved ones for extended periods of time.

That was true for Tyler Ramsey — self-described "pretty emotional dude" — even before he had a daughter five years ago. And it was exacerbated by his role as guitarist in the busy and successful indie-rock group Band of Horses, which he joined in 2007.

"I knew before we even decided we were going to have a child it was going to make it really challenging for me, knowing the kind of person I am," Ramsey says. "I knew I'd love being a dad and I wouldn't want to be away."

Complicating the situation was the fact that Ramsey's time in Band of Horses had begun to sour. Nearly a decade into his tenure with the quintet, relationships were fraying and the creative collaboration that fueled excellent albums like 2010's Infinite Arms had waned, according to Ramsey. That made leaving home even harder.

"The whole energy of the thing kind of shifted to where I was like, 'OK, now not only am I sad about leaving my family behind, but I'm also not excited about what's at the other end of this flight,'" he says. "Going on tour just felt like less of a good reason to be leaving."

So in 2017, Ramsey quit Band of Horses and turned his attention to some songs he'd started writing about the changes in his life. In April, he released them on an album called For the Morning, his fourth solo full-length and first since 2011. Fans of the serene, starlit sound of Infinite Arms will find much to like within its 10 tracks, which gently spill over with memorable melodies, lush vocal harmonies, rootsy guitars and a production style that settles in like a warm summer evening. Recurring lyrical themes include love, heartbreak, nature, loneliness, the passage of time, regret and redemption.

Ramsey says he can listen to any of his four solo records and hear the soundtrack to a season of his life. That's true with For the Morning, too, although he can already feel his songwriting starting to evolve.

"I've been writing lately, and I can tell there's a shift happening. I can see a new story developing," he says. "But those songs (from the new album) still feel super fresh. Playing them in front of people reveals a little bit about them, when you're out there singing the lyrics in front of people and they're connecting to them. It brings them right back to the present moment."

It's worth noting that Ramsey is back out on tour again, and he's happier than he was near the end of his run in Band of Horses. Leaving home is still hard, but now he knows his tank will be refilled — not drained — on the road.

"Now when I'm on stage, I'm playing these songs and talking to people about the record and meeting new people, and it all feels deeply satisfying," he says. "It's a project that I have my full energy in and that makes it something that's worth leaving home for."

Most importantly, Ramsey feels like he's back to being an artist — one who gathers his thoughts and turns them into something and then goes out and shares them with others in hopes of finding connection. For him, that's what it's all about.

"My whole path is based on feeling creative. I want to be a creative person," he says. "That's been the case for me for a really long time and if I'm not on that path, I need to go find a job doing something other than playing guitar in front of people. Because I want to feel like I'm in it completely and doing something really fulfilling, and that's what I'm doing right now." ♦