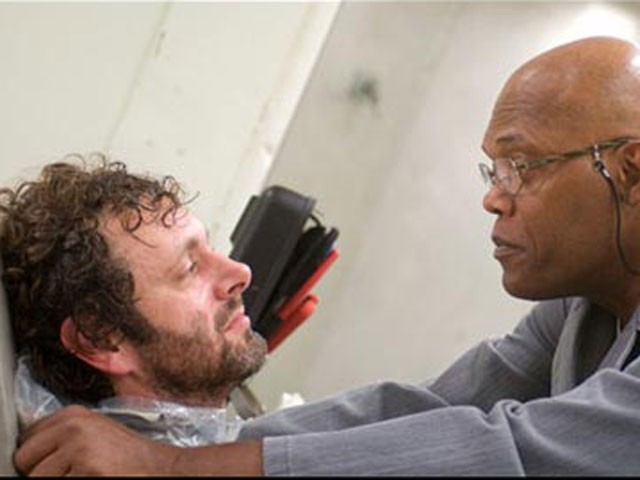 After eight years of 24, Unthinkable, a drama about the brutal interrogation of a subject who claims he’s planted three nuclear bombs in the United States, arrives to the torture-party a bit late. These are arguments we’ve already had.

But at least at first, the dialogue sags with old pro-torture/anti-torture talking points, making for some seriously lame lines.

“If those bombs go off, there will be no f---ing constitution!” Jackson yells.

Such creaky dialogue is compounded by the fact that torture isn’t entertaining to watch. It takes an odd sort of sadist to watch a finger being lopped off or a suspect being beaten.

Yet toward the end, as the situation grows more dire and the measures grow more desperate, the direct-to- DVD movie goes beyond its obvious TV inspiration. Unthinkable sets about dealing with questions to which 24 only gave a cursory nod.

By then, the drama and acting and sheer gravity of the situation drowns out the clichéd talking points. they’re still there, we just no longer notice them.

In the final third, Unthinkable gets gutsy. It doesn’t take sides. It’s willing to work on the assumption that all arguments from all sides of the torture debate are basically correct, even when they seem to contradict. there are no easy answers. Nobody’s “right.”

The results, naturally, are explosive.

When probation can't protect you from revenge