Daniel Walters photo illustration; Jill Wellington creative commons photo
If candy hearts seem dry and flavorless to you, you may need to get tested for COVID-19.
It's that time again — Valentine's Day, the one day of the year when everybody has to get Valentine's cards for everyone in the class, so even that gross kid who nobody wants to have lunch with doesn't feel left out. But this year, COVID-19 has made romance all the more tricky, as it's hard to figure out if your date's a good kisser when you're both wearing masks.

Yes, with a variety of vaccines being distributed — and more on their way — the days are soon approaching when it will once again be perfectly healthy and safe to make out with a stranger behind the dumpster behind Fast Eddie's.

But while we wait, there's still the question of compatibility. Time was, all you needed to do to figure out if you were compatible was for you both to take a BuzzFeed quiz to determine which of the characters from say, Sex and the City, Girls, and Andy Warhol's Empire you each resembled.

But in these fraught times, we give little thought to such trivialities. With vaccination dominating everyone's thoughts, all you hear these days is comparisons to the various pharmaceuticals, like "You are such a Pfizer" or "Oh, I'm a total Moderna" or "Ugh, could he BE any more of an AstraZeneca?"

But until now, there's never been a scientifically researched way to determine which vaccine you're most like in your relationship. After an extensive three-stage double-blind trial, the Inlander has developed this quiz that, we promise, is as much of a scientifically grounded analysis of your personality as a Myers-Briggs test:


1. How do people describe your personality?

D) Is "talks in a British accent when you get drunk" a personality?

2. Where do you prefer to take a partner on a first date?

A) A sold-out monster truck show at the Arena.

B) An exclusive dinner for only the most wealthy hospital donors.

C) The baby store to look at baby things for babies.

D) A night at the "pub" to get "pissed." "See," you explain, "that's what everyone called 'getting drunk' back when I studied abroad at Cambridge. Did I ever mentioned I studied at Cambridge?"

3. How long do you wait before asking your partner out on a second date?


A) You don't want to seem too desperate. Four weeks.


B) You can hardly wait to see them again, but your schedule is packed. Three weeks.

C) You don't need a second date. When you know they're the right one, you just know.

D) Your parents still won't let you date and it's super lame because you totally dated this English guy over winter break and they didn't care, but now that you're back home they keep telling you you have to wait until you're "ready."

E) You're a free spirit. You don't like to use labels like "dates" — but the next time your partner hears about you, it's when the health district calls to tell them they should probably get screened for chlamydia.


A) About 19 out of every 20 times. But so far no pregnancies, so it seems like it's working pretty well.

B) Exactly 95.0% of the time. Not to mention that you can go for up to four hours at a time, as long as you don't overheat.


C) 72 percent when you're at home — but you weren't quite as responsible on your recent trips to South Africa and Brazil. What can you say? You were on vacation!


D) Honestly, you're terrible at keeping track of this type of stuff. Your answer changes wildly depending on where and when you're asked about it, and it doesn't help that you keep insisting on calling contraception "johnnies."

E) Protection? Like, sometimes you wear a motorcycle helmet when you're doin' it while skydiving, but only if it doesn't mess up your hair. Does that count?


5. What annoys your partner the most about you?


A) Last time you logged onto Tinder so many people swiped right on you so quickly that you literally crashed their servers.

B) You still seem a bit hung up on your ex, who you keep frozen at subzero temperatures in your lab until science discovers a condition to cure their terminal illness.

C) Your insistence on going by two last names.

E) You keep texting them a constant stream of the most idiotic YouTube clips. Also, you keep trying to kill them and all their family and friends.


F) Every time people are talking about COVID vaccines under development you interrupt and say, "What about Novavax? Novavax is also a vaccine being researched, and you forgot to mention it. I hope you include Novavax when talking about vaccines in the future."

Tally up your answers. Call your brother-in-law, a middle school algebra teacher, if you need help with the math. Warning: Before sharing the result with your partner, know that the discussion may forever alter the trajectory of your relationship! 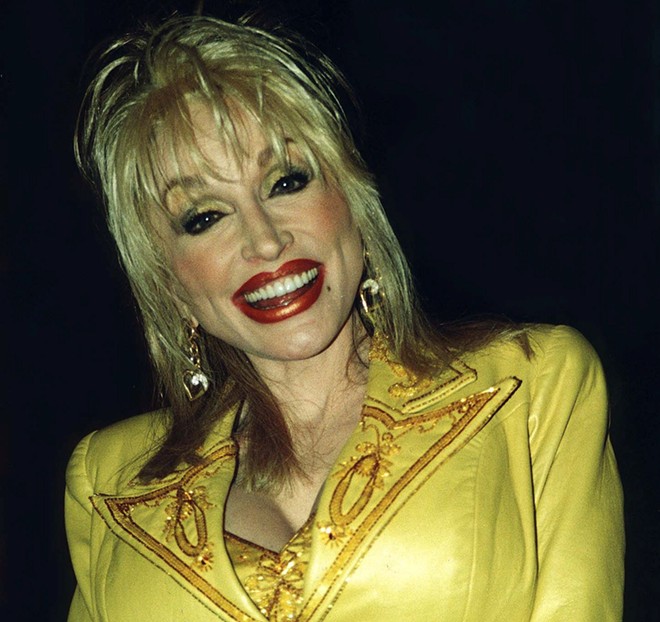 Wikimedia Commons
The Moderna vaccine? I beg your Parton.

You are intelligent, talented and universally beloved, greeted by crowds of shrieking fans wherever you go. You have high standards, but you're not unreasonable about it. Anyone you date feels lucky to have you — if, that is, they manage to find time on your packed schedule. Still, while others are jealous types who demand exclusivity, you prefer to go on group dates, with as many as 500 others at a time. And the entire time, you are the very model of a Moderna major gentleman. 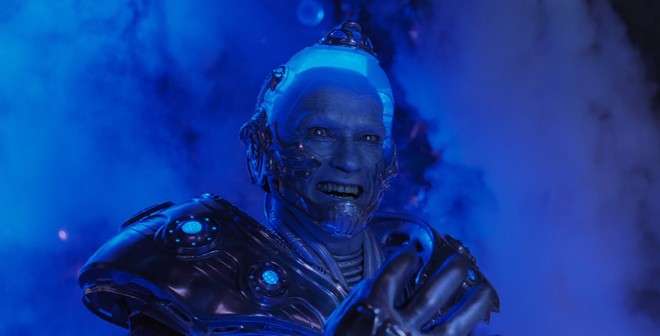 Batman and Robin screenshot
The number of COVID-19 deaths from Israelis who received the Pfizer vaccine is ABSOLUTE ZERO.

You've got the "eye of the Pfizer!"

You're brilliant, but a bit controlling and OCD. You're a perfectionist, and you expect everyone else to be just as perfect as you are. If your restaurant entree isn't absolutely flawless, you call demand to see the manager and then make a show of throwing away the dish in front of the entire restaurant. While you're happy to shell out tons of money for the latest scientific gadget, you demand your family save pennies by keeping your thermostat as low as possible.

The Firm screenshot
A good vaccine should be like a bowl of oatmeal: simple, hearty, easy to distribute and largely flavorless.


You are both Johnson and Johnson!


Everyone loves dating twins, even if they can be hard to tell apart. Still, you're old-school  — and roll your eyes when the younger types go on about the latest "mRNA" fads. You take your time getting started, and you're not perfect. But you know nobody is. You don't demand a lot, and you still get the job done. 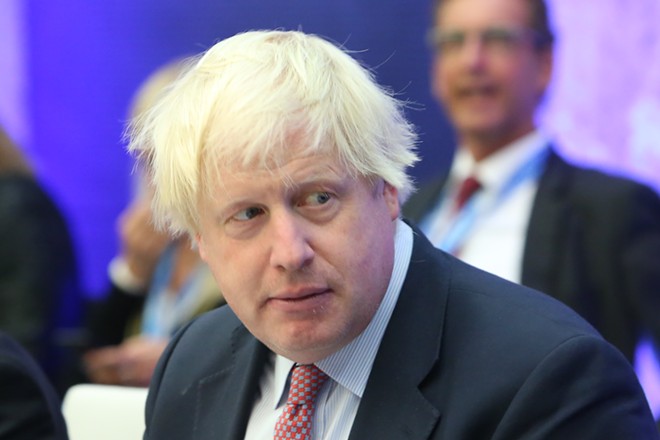 Pip pip, Guv'nor! Everyone thought you were so smart, but maybe it was just because you talk with a British accent. But when you first got a chance to really show off what you could do, you completely biffed it. You still have your charm — and plenty of people still desire you — but your high-profile humiliations mean authority figures regard you warily. Even your accent tends to falter. Did we detect a bit of Swedish in there? 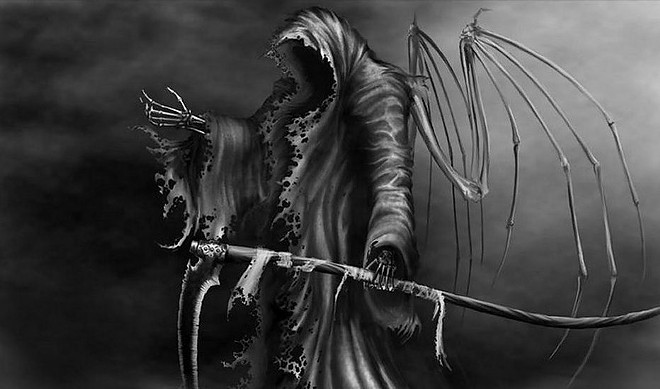 Creative Commons
His wings were a lot more functional before he contracted polio.

You are Antivaxxramas, the Cursed Specter of Vaccine Opposition!


You're fun. You're carefree. You like to party. At least, at first. But then the darker side of your infectious personality begins to emerge.

To hell with vaccines, you say, before taking those without vaccines to hell.

You're an individual. You march to the beat of your own funeral dirge. When the rest of the world says "Marco," you say "Polio." You ride around the earth on a pale horse, moaning a haunting melody of "I'm just not sure there's enough testing" and "Did you know that vaccines are made from chemicals?!" and "I know a lady who got vaccinated as a kid, and 90 years later she was dead."

You're pretty sure the vaccines contain very small microchips, you tell people. Maybe the government already microchipped you. After all, how else could the FBI know that you stormed the Capitol and posted about it on your Instagram? 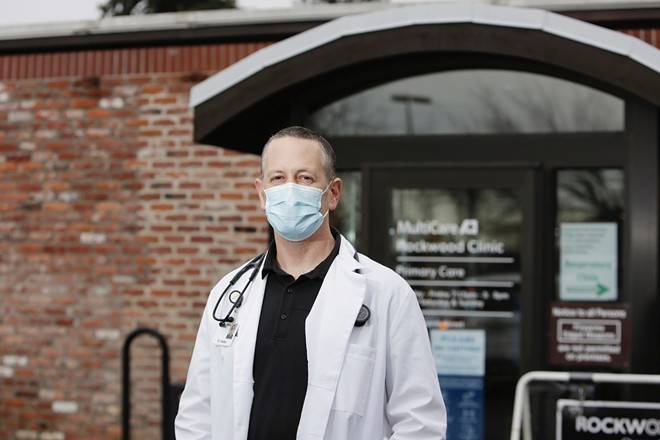 Fine. You are Novavax.

You happy? Novavax is a vaccine too, OK, though one that's still in testing. In fact, if I had to guess, you're Jonathan Staben, the local investigator leading the local clinical trial of the Novavax vaccine. No need to any write letters to the editor, Novavax fans, we hear you loud and clear.