Two theaters, two Patsy Cline-themed jukebox musicals in two months. Are audiences that crazy for her life and music? 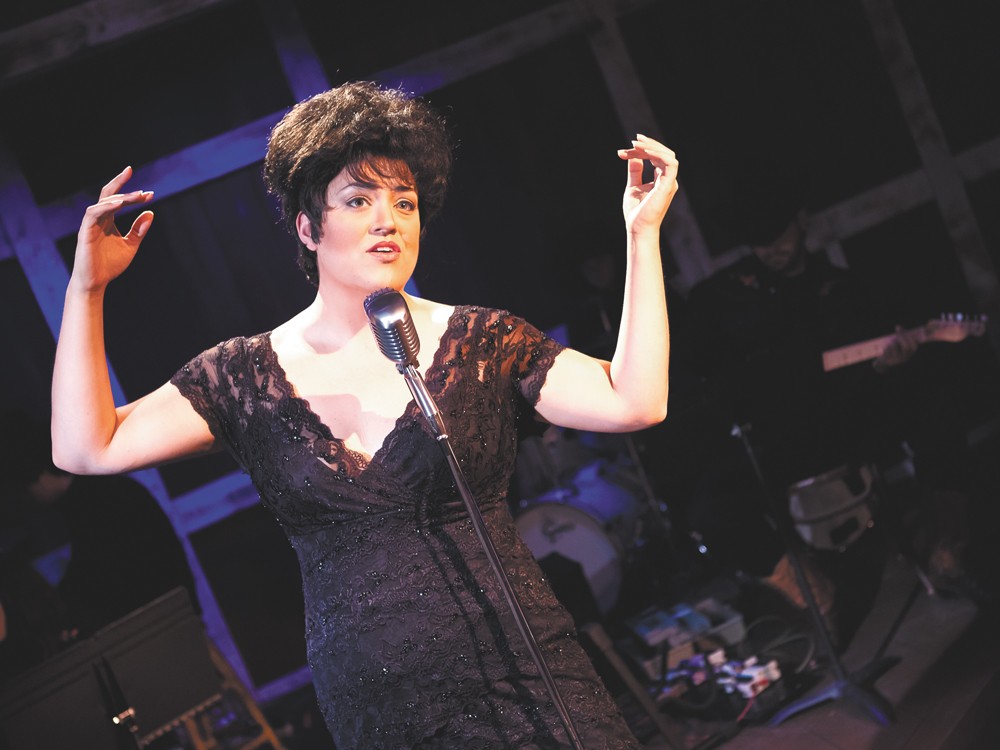 Stephen Schlange
Cheyenne Nelson has been authorized by Cline’s estate to play the lead in Always...Patsy Cline.

As Taylor Swift spends another week flirting with the top spot on the iTunes and Billboard charts, it’s a good opportunity to reflect on how little times have changed. More than half a century ago, another female Nashville musician was making multiple chart appearances and helping to forge the path that Swift and others would later follow. Her name was Patsy Cline.

Cline was arguably one of the earliest crossover artists — a singer whose music resonated so strongly with listeners that it leapt out of the corral of country music and into the mainstream hit parade.

Before her death in 1963, at the age of 30, Cline had only released three LPs. But that modest output had considerable impact.

To this day, it isn’t hard to find younger listeners who are familiar with Cline’s signature hits — ballads like “Crazy,” “I Fall to Pieces” and “Walkin’ After Midnight” — even if they can’t name the artist outright.

Interplayers and the Spokane Civic Theatre have opted to stage the jukebox musicals Always… Patsy Cline and A Closer Walk with Patsy Cline in September and October, respectively. Both musicals are sanctioned — the only two, in fact — by the Patsy Cline Estate.

For the sizable and devoted Patsy Cline fan base, this will seem like a euphoric doubleheader. But is there really enough in her brief biography, and her rather limited musical output, to sustain back-to-back musicals?

“The library of songs she recorded in her lifetime are the soundtrack of people’s lives,” says Cheyenne Nelson, star of Always. Like the musical itself, she has been authorized by the fastidious Patsy Cline Estate to depict the singer.

“She was so connected to her music, and that is so apparent in the recordings. She had that ability to emote and capture you,” says Nelson. “There aren’t many artists who have such a small catalogue of music and span so many styles. She had the ability to sing in different styles and make every one her own.”

Interplayers artistic director Reed McColm maintains that Cline’s legacy was about something even more potent. She established that rare bond between performer and listener in a natural, authentic way.

“They trusted her voice, her telling of those stories,” McColm says.

Always, overseen by up-and-coming director Ken Urso, tells the singer’s story through the eyes of one such fan, Louise Seger. It’s a dramatization with roots in real life. Seger and Cline met in 1961 and established a close friendship that lasted until the singer’s death. Interplayers regular Caryn Hoaglund-Trevett plays Seger.

“In the play, there’s a line where Louise says, ‘That sounds like I’ve always wanted to sing,’ and I think that’s what it is,” says Hoaglund-Trevett. “If you imagine yourself on your very best day singing a song about your life in the shower, it’s Patsy Cline. Because it was so honest and raw, and she makes it seem effortless.”

That there are so many notions about the reason for Cline’s lasting appeal might be the best explanation for it. Cline’s music means something different to everyone who hears it, and that subjective significance unites performer and listener like emotional Siamese twins. The music is as much a part of that listener as it is of Cline herself.

Jhon Goodwin, who will direct A Closer Walk at the Civic, says that the two productions present unique perspectives on Cline through their different narrative guides. A Closer Walk uses a deejay instead of a fan to reflect on the singer and her career. And he has his own reasons for the strength of Cline’s legend.

“She was the last great innocence in music before a real time of turmoil in our country,” he says. “She’s that reminder of the Camelot era.”