We're in the golden age of really weird video games 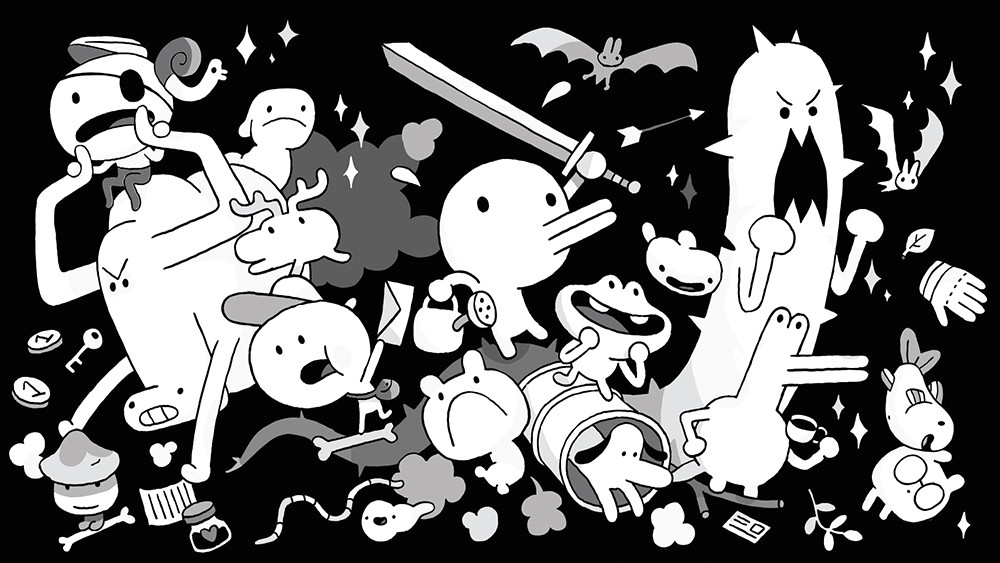 I'm a giant boulder with a face, rolling over my enemies. I'm a Roomba armed with a knife, electrocuting burglars to death and then vacuuming up their blood. I'm a hip teen Frankenstein monster, trying gamely to convince a brooding Medusa to go to prom with me. I'm a voyeur spying on an elderly Hitler analogue, secretly living his last days in a nursing home. I'm a tumor-ridden mutant, arguing in an Eastern European accent with a beat-boxing eggplant.

What I'm trying to say is that video games are really weird right now. And that's a glorious thing.

A lot has been written about "peak TV," the explosion of original series on every cable network and streaming platform. But, for all the sheer quantity of stuff from the TV content hose, most of these shows hover in the mediocre B+ range. Only rarely do you get something truly insane, and usually only for a brief single episode.

Meanwhile, yes, blockbuster video games are dominated by a steady stream of sequels and remakes and spinoffs, mostly rehashing the same mechanics with slightly different outfits. You have your multiplayer gun shooters marketed at college bros. You have your open-world games where you run around stabbing or shooting dudes in order to remove icons on a map.

But the accessibility of low-cost development software means that it's possible for tiny teams of passionate developers — the sort with crazy, zany ideas that bigger publishers would be insane to pour money into — to put their passion project out in the world. Digital distribution platforms like Steam have opened the floodgates to allow nearly any game, no matter how strange or janky, to exist on the same page as the Grand Theft Auto series.

Of course, it would be easy for the truly wacky stuff to succumb to Netflix disease, and get drowned out in the deluge. But that's where package deals like the monthly "Humble Bundle" come in. For $12 monthly subscribers not only get a big-name game — like Assassin's Creed: Origins or Overwatch — but also a slew of smaller indie games, like those referenced at the top of the column. To those, add offerings like Minit, a top-down puzzle adventure game that kills you every 60 seconds, and Cult Simulator, an eerie single-player card game that focuses on you starting a Victorian cult. These sorts of games fail as often as they succeed — but in the Golden Age of Really Weird Video Games, just watching that experimentation is entertainment enough. ♦