I expected crying fans at The Bodyguard. There weren't any. 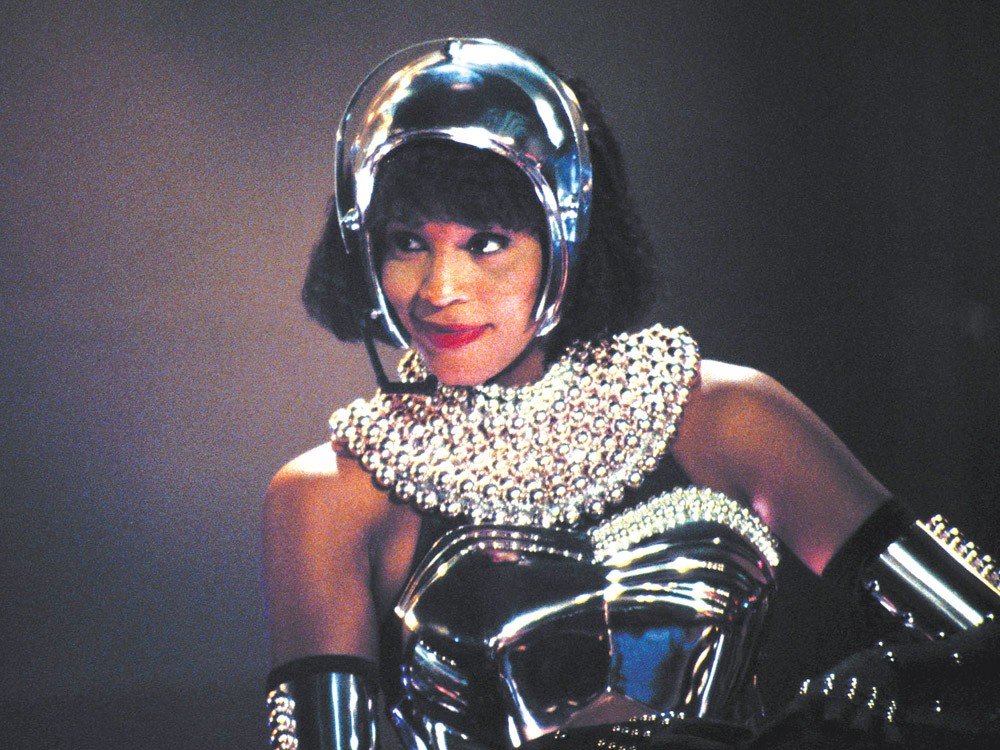 Houston, in a scene from The Bodyguard.

Maybe it was too soon. At least that’s what it seemed like last Wednesday evening, in the neon and popcorn dusted lobby of NorthTown Cinemas, where there was nary a Whitney Houston fan to be found.

Of all nights, it could have been a special one for local Whitney fans. A special 20th-anniversary showing of Houston’s 1992 film, The Bodyguard, was scheduled to show at 7:30. But at 7:20, there was no line, no puff-painted sweatshirts pulled from the nostalgia bin. No fans singing “I Will Always Love You” as they walked arm-in-arm into Theater 12. No anti-Bobby-Brown chatter.

It was what I’d, naively, expected to see as I rushed up the Division hill and ran up the NorthTown escalator toward the theater.

Because my trip here was something of a Memory Lane jaunt — one I’d hoped to share with an, apparently, imaginary fan base. Instead, inside, I shared the experience with just two other people, who sat a dozen rows back from me. A half-hour into the film, three heavyset old ladies in sweatshirts joined us. In the dark, I couldn’t make out any puff paint.

It had been nearly 20 years since I’d seen the blockbuster Whitney Houston/Kevin Costner romance/thriller/ hit vehicle. The last time I’d watched it, I was an 11-yearold fifth-grader. I used to plug a microphone into my yellow Casio keyboard and belt out my best rendition of “I Will Always Love You” for my parents, while pretending to play piano.

Back then, loving Whitney Houston made sense: Every young girl wants to be a singer. And at that time, few singers had pipes that could match hers. Through a giant perma-smile, Houston sang drippy, sugary pop songs about saving all her love and dancing with someone who loved her and the greatest love of all.

But with The Bodyguard, acting the part of the diva with a stalker problem, Houston first tested the limits of her 11-year-old fans.

And today, nearly two months after the singer drowned after taking a cocktail of cocaine and prescription drugs, it seems like this version of Houston — the haughty diva with too many problems — was a hell of a lot like the real one. That version of Houston wasn’t for 11-year-old girls.

Just like the movie’s subject matter, at that age, I couldn’t understand the things that the real-life Houston became so widely known for: crack, cocaine, spousal abuse. Mothers usually steer their daughters away from idolizing train wrecks.

But as I watched The Bodyguard last week, I wondered:

Why had Whitney’s problems mattered so much in the end? Look at Michael Jackson — a man who actually had been accused of child sex abuse several times and who, over the course of his career, systematically dismantled his own face. When Jackson died, the pop world seemed to implode on itself. How could it go on without the man-boy that had once been its prodigal son?

What about Whitney? She was the woman whose voice could rocket like no one else’s. She was the woman who got addicted to drugs and who stood by her abusive husband in court. When she died in mid-February, the pop world didn’t seem to gasp like it did with Jackson. But why would it? Jackson was an anomaly. It seems we always blame the victim.

At least that’s what it felt like as the credits rolled and my five co-watchers and I continued to sit in our seats. Like she had been forgotten already. Like everyone had moved on from her death.

Or maybe The Bodyguard was just a really shitty movie, and nobody wants to remember that Whitney.