What Lies in Wait

What exactly is Spokane missing without a police ombudsman? 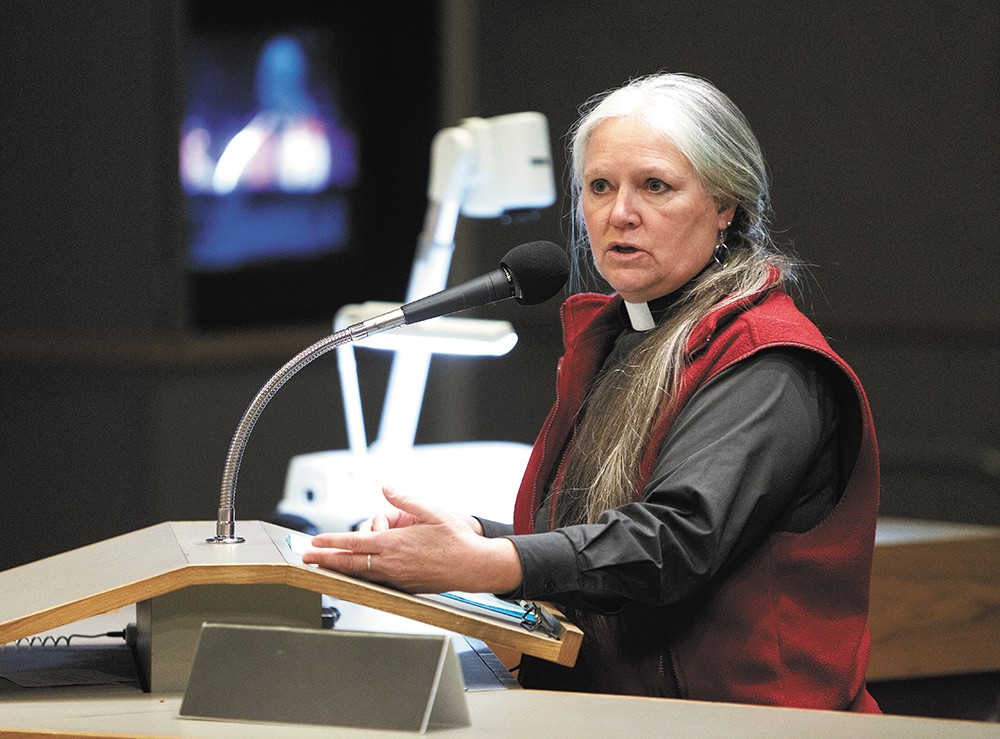 — interim or not — will walk into office greeted by a stack of backlogged complaints and at least four requests to conduct investigations independent of the police department's Internal Affairs Division, something that has never been done before. Those four cases will test police accountability advocates' argument that the ordinance passed by the city council in 2014 weakens the ombudsman's authority to investigate independent of the police department.

The citizen commission overseeing the ombudsman office voted unanimously last week to offer Robert Breeden an interim, four-month appointment. Breeden declined the offer, but said he is still interested in the permanent job. In the meantime, the commission will send an investigator to Florida to take a closer look at allegations that Breeden belittled former employees. They plan to send someone to British Columbia, too, as they're still considering candidate Raheel Humayun for the job.

Whatever happens, Spokane could get an answer to the debate over whether or not the Spokane Police Guild's collective bargaining agreement and the ordinance passed in 2014 allows for independent police oversight, as called for by voters with Proposition 1, that amended the city charter.

"It's created a legal stalemate, to say the least," says Tim Connor, a local activist and former Center for Justice spokesman who worked on Prop 1 in 2013. "This is not what we had in mind at all. What we got was a hijacking of the democratic process."

Others say it's too soon to tell, because the current system has never been put to the test.

"I believe there is independent investigative authority," says Council President Ben Stuckart. "It just hasn't been tested yet. We haven't seen the process and whether it works or not."

have accumulated since 2014. The substance of the requests include fatal police shootings and officers' treatment of a homeless transgendered woman.

In May 2013, police shot and killed 21-year-old Justin Cairns at his grandparents' Nine Mile Falls home while they slept inside. Police fired 12 shots, striking Cairns with at least five .223 caliber rounds. He was unarmed except for his cell phone, though police say he reached for his waistband.

The Spokane County Prosecutor's Office cleared three officers of criminal wrongdoing in Cairns' death. As the Inlander reported in June of last year, Cairns' family filed a request with the ombudsman to conduct an independent investigation.

"Our hopes with this is to get answers of what happened," Cairns' mother, Lorinda Fernandez, said then. "And... to hopefully prevent things like this from happening in the future."

Tim Burns, who retired as Spokane's police ombudsman this past January, said he intended to open his own investigation, but never did.

Another request was submitted by a woman who was accosted in a downtown restaurant earlier this year. Two men followed Jacina Carla Scamahorn, a homeless transgender woman, into Boots Bakery and Lounge after she spat in one of their faces for allegedly demeaning her with slurs. According to court documents, Adam Flippen admits to hitting Scamahorn once, but denies using any slurs. Scamahorn and another witness say Flippen also kicked her in the face after she fell, breaking her nose.

Boots' manager, Johnny Dandurand, filed a complaint with the ombudsman stating that "officers did not try to help, argued about the name the victim used, [and] chuckled and rolled their eyes." The complaint was investigated by internal affairs and later classified as an "inquiry," which means officers didn't violate any policies and will not face discipline.

Last week, assault and malicious harassment charges were dropped against the two men for lack of evidence, according to the Prosecutor's Office.

These requests, if taken up by an ombudsman, could test the parameters of the city's existing laws.

Currently, the charter says the ombudsman's office "shall independently investigate any matter necessary to fulfill its duties," within the confines of state law, the Spokane Municipal Code and any collective bargaining agreements.

Another avenue to independent investigations are through specific requests by citizens. These inquiries can only lead to recommendations in policy changes and cannot affect discipline.

"It's there, but it could be more explicit," Beggs says of the ombudsman's independent authority. "If it were, there wouldn't be a danger of the police guild trying to prevent it with a complaint to the Public Employee Relations Commission."

The Office of Police Ombudsman

has been completely empty for the past week and will remain so for at least one more. The office's only staff member, Luvimae Omana, is on vacation, during which time the City Attorney's Office will be responding to complaints.

Since the beginning of this year, there have been 42 complaints filed with the ombudsman office and forwarded to police internal affairs. The internal investigations continue without oversight.

Complaints against the Spokane Police Department have dropped significantly, from 156 in 2013 to 118 in 2014 and 82 through August of this year, according to the department's Office of Professional Accountability. Those totals include complaints submitted directly to the police department and the ombudsman office. Of the 82 complaints received this year, 55 have been closed as inquiries.

During a meeting last week

when the five-member citizen commission decided to offer Breeden the interim position, their frustration over the events of the past nine months was clear.

Rubbing his forehead, Commissioner Scott Richter expressed his disappointment with the selection committee's refusal to send a list of approved candidates for the interim position.

A.J. VanderPol, a new commissioner and mayoral appointee, lobbied in favor of hiring Breeden based largely on the fact that the process has taken so long and the complaints were piling up.

Afterward, Deb Conklin, the commission chair, told the Inlander that had it not been for the dismemberment of the commission in May, when three members left amid a whistleblower complaint, they might have voted to hire an attorney to direct the selection committee to deliver them a pool of interim candidates.

"Without an interim ombudsman, we effectively have been in violation of the charter and the ordinance for 10 months, and that's illegal in Spokane," Conklin says. "The charter says if the position becomes vacant, you will immediately get an interim. The community has not been served."♦