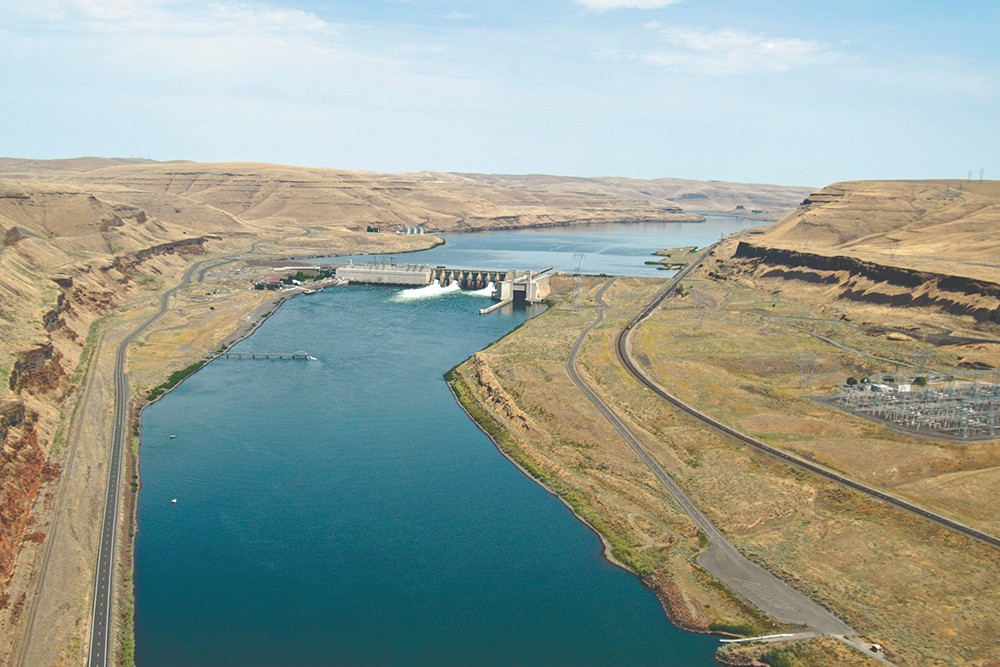 Columbia Basin Federal Caucus photo
The Lower Monumental Dam is one of four along the Snake River that some advocates say should be removed.

In the heated debate whether to remove dams along the Snake River, everyone mostly agrees on one point: Salmon matter, and it would be better if they were thriving.

Ask those different groups whether salmon are doing better or worse, and you won't get the same response. Ask whether they think removing the dams would help, and the responses vary widely. Ask what's better for communities along the Columbia-Snake River System, and that's all over the board, too.

The recently released draft of the Lower Snake River Dams Stakeholder Engagement Report underlines that division, finding that people can't seem to agree on some of the basic facts needed to seriously discuss the value of four lower Snake River dams.

After months of consultant work summarizing state and federal scientific studies and conducting interviews with nearly 100 people on all sides of the issue, the draft report offers a broad, middle-of-the-road overview of a discussion decades in the making. Namely, it explores the pros and cons of removing four dams along the Snake River, including Ice Harbor, Lower Monumental, Little Goose and Lower Granite.

"There are significantly different views of the impacts from breaching the dams on salmon, orca, agriculture, transportation and economics," the draft report summary states. "More information is needed to create opportunities for greater understanding."

Rather than quote any of those interviewed, the 115-page report sums up the dams' benefits and drawbacks generally, including overall impressions alongside data.

On salmon, for example, the report states those who want to keep the dams generally said they don't think breaching the dams is the most effective or cost-efficient way to spend billions of dollars on salmon recovery, and they felt improvements to the dams and court-ordered extra spill of water over them would likely help salmon, and therefore orca.

Those who support dam removal, on the other hand, said dam breaching is the only thing that hasn't been tried yet that could make a significant difference, and while it would take time to do, removing the dams seems to be the best shot in increasing resiliency in the system in the long run, especially when taking climate change into account.

Regardless of viewpoint, the report notes that the dwindling quantity of salmon, and its effect on tribes, commerce and orcas was what sparked the whole process of letting people on all sides weigh in. Importantly, salmon runs have declined by more than 90 percent in the last 100 years, and all salmon species in the Snake River are endangered or threatened.

Sam Mace, Inland Northwest director of Save Our Wild Salmon, says she is encouraged by the stakeholder process, which Gov. Jay Inslee pushed for after a task force he convened to help save Puget Sound orca whales recommended it.

"I think Gov. Inslee took a big step forward in having a stakeholder process that is asking those 'what if' questions. What would the removal of the lower Snake River dams and restoral of that river mean for Washington state?" Mace says.

However, the $375,000 report leaves open some of the questions it was tasked with answering. For example, how much might it cost to restore short rail infrastructure for farmers to get their grains to market by train if the barging channel created by the dams were to go away.

Not everyone was pleased with the lack of new information in the report, including U.S. Reps. Dan Newhouse and Cathy McMorris Rodgers, who have consistently opposed any efforts to talk about removing the dams.

"What this report tells us is Gov. Inslee spent three-quarters of a million dollars and a year's time to conclude 'there are differing perspectives' and 'more information needed' on this issue," Reps. Newhouse and McMorris Rodgers say in a joint statement. "We had no idea a year ago when we said this study would be a wasteful use of taxpayer dollars just how accurate we'd be."

But their reference to $750,000 is misleading. While the state's biennial budget included $375,000 for dam removal study in each fiscal year 2020 and 2021, the contract between Ross and Associates Environmental Consulting (aka Ross Strategic) and Washington state shows the cost for this entire report from start to finish will not exceed $375,000.

Two pages detailing labor costs show at least 11 individuals worked on the report, with Jim Kramer of Kramer Consulting doing about one-quarter of the overall labor and pulling in about one-third of the contracted amount, at $123,873 for about 16 weeks worth of full-time equivalent work.

Kramer says that the report was intended to give everyone an objective starting point. Agreeing on basic facts, including decades of scientific study, will be necessary for any further conversation.

Indeed, across the board, those interviewed wanted conversations about the dams to be more respectful and informed in contrast to a "process that has so far been stuck in a cycle of study, legal actions and court decisions."

As for questions that remain unanswered, such as the "real costs" that removing the dams could incur, Kramer says it was complicated.

In some cases, such as finding the potential cost of restoring rail infrastructure, Kramer says that he and the other consultants tried to find answers, but those who could analyze the numbers were already contracted with the federal government for an environmental study that's expected to be released in early 2020.

"The consultants we talked to ... were under contract and can't disclose any information until [the study] comes out," Kramer says.


The draft Lower Snake River Dams Stakeholder Engagement Report can be found at lsrdstakeholderprocess.org, where written comments can be submitted before 5 pm on Jan. 24.

Before that, there will be three public meetings. At each, panels with vested interests in the dams will share their perspectives. Oral comments won’t be taken during the meetings, but there will be an opportunity for written questions from the crowd. The closest one to Spokane is in Clarkston, at the Quality Inn & Suites and Quay Convention Center, on Jan. 7 from 6-9 pm.

Meanwhile, the report isn't final yet. A public input process is underway, with three public meetings scheduled in the first part of this month, and an online survey open through Jan. 24. Kramer says the online questionnaire has already received more than 5,000 responses.

For her part, Mace says she's been frustrated that the science on salmon survival seems to have been somewhat muddied over the years, with the other side often bringing up other contributing factors such as ocean acidification to distract from the conversation at hand. The report, she says, as well as the panel discussions in January, may help focus the conversation on the dams.

The original print version of this article was headlined "The $375,000 Question"