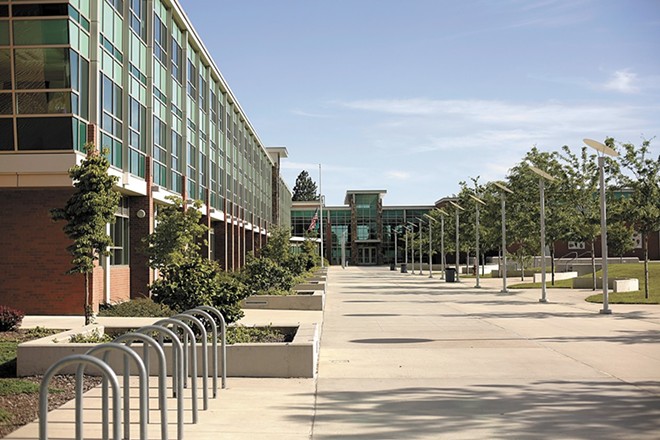 Young Kwak
If they resign amid an investigation, teachers sometimes can get hired elsewhere by an unaware school district

Last month, Gov. Jay Inslee signed a bill that aims to expand the educator workforce in Washington. With many parts of the state facing a teacher shortage, the bill takes steps to improve the recruitment and retainment of educators.

But the law adds one more provision that could have consequences for students: School district employment applications cannot ask applicants whether they have ever been placed on administrative leave. It's a provision that the sponsor of the bill, Rep. Sharon Santos (D-Seattle), says was requested by the Washington Education Association, the state's largest teachers union.

"When we added other provisions [to the bill] around dealing with disciplinary elements that affect teachers, this came to the fore," Santos says.

But the provision could prove significant. With applications serving as one way to weed out teachers who have been accused of misconduct, the law could strip school districts of one tool to avoid hiring teachers with past allegations of abuse.

Last week, the Inlander wrote about a situation relevant to this law. A teacher named Michael Henry was being investigated for allegations of abuse at Mead School District years ago, but he resigned before the investigation was concluded. He was hired by Riverside School District, which didn't ask Henry if he'd been on administrative leave on the application and apparently had no idea of his past allegations. He then moved to Spokane Public Schools, which also wasn't aware of previous investigations at either district. Henry has since resigned from SPS amid another investigation, this time looking into potential misconduct in how he handled situations with an autistic student.

Catherine Slagle, the director of the state Office of Professional Practices, which investigates teacher misconduct, says questions on applications can play a crucial role in identifying past misconduct. When asked how districts can be aware of previous investigations besides reporting to OPP, she tells the Inlander "it depends on what school districts ask on their applications," before noting HB 1139 prevent districts from asking about administrative leave. She adds that reference checks are important.

So what, exactly, was the purpose behind prohibiting school district applications from asking if a teacher has been put on paid leave?

Santos says the WEA requested it because the fact that a teacher is on administrative leave is not necessarily a finding that a teacher committed misconduct.

"That was really the point," Santos says. "It would be one thing to ask the question of whether or not a person had a finding."

And the law doesn't prevent a school district from asking about a teacher's history at any other point in the hiring process.

"They can still ask [later in the process]," Santos says. "Ultimately school districts are the hirers."

Sen. Andy Billig (D-Spokane) says the provision shouldn't impede a district's ability to know about previous inappropriate behavior. He says in some ways it mirrors "ban the box" legislation that prevents employers from asking applicants if they've ever been convicted of a crime.

"That doesn't preclude the districts from doing their due diligence to make sure they know whether somebody has some history of inappropriate behavior," Billig says.

But hoping districts do their due diligence doesn't always work out. It's not just Michael Henry — the husband of Spokane Education Association president Katy Henry — who was able to get hired without school districts knowing of past allegations of misconduct. As the Inlander wrote in 2016, there are other examples of similar situations locally and across the country.  National advocacy groups are trying to prevent districts from "passing the trash," or passing a teacher who committed misconduct off to another district without informing of past behavior. And that's despite an existing Washington law requiring school districts to provide known information of a former teacher's sexual misconduct when the teacher attempts to transfer.

Santos, however, says none of the concerns regarding preventing districts from hiring such teachers were ever brought up during the discussion of the bill.

"During the legislative session we did not hear anything to that effect by the [Association of Washington School Principals], by the superintendent, or the school boards," Santos says.

WEA spokesman Rich Wood would not comment when asked by the Inlander whether the WEA had any concerns that the bill would make it more likely for teachers who have committed misconduct to be hired.

"I have nothing to add," Wood wrote in email.