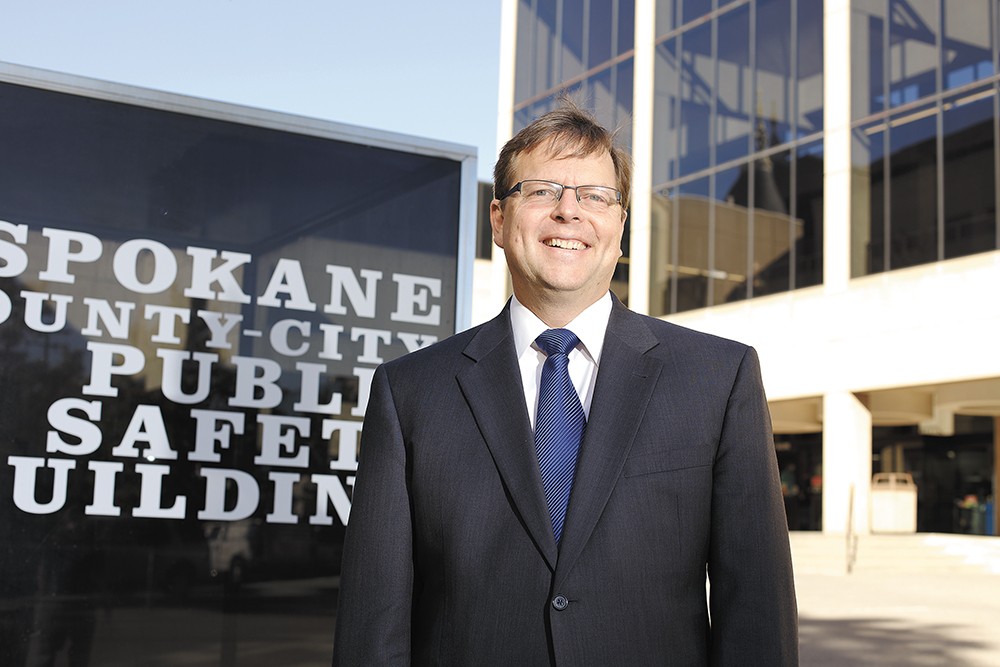 Young Kwak photo
In the city's new budget, $250,000 has been set aside for a new pretrial program pushed by Breean Beggs.

Drawing inspiration from a reform-minded program in New York City, Spokane officials want to keep more defendants out of jail by connecting them with social workers and services.

Earlier this month, the Spokane City Council approved spending $250,000 of their roughly $1 billion budget on a new pretrial release program for defendants in Spokane Municipal Court facing misdemeanor charges. The goal, proponents say, is to reduce the number of inmates in the chronically overcrowded Spokane County Jail and keep defendants who aren't a public safety risk yet can't afford to pay bail from being incarcerated before they stand trial.

"It's for people who aren't considered dangerous but are not reliable about coming to court and have a bail that they can't pay and are in custody," says Spokane City Councilman Breean Beggs, who lobbied for the $250,000 in the 2020 budget. "In the jail, 73 percent of the people in there haven't been convicted of anything. They're just waiting."

The project is modeled on New York City's Pretrial Supervised Release Program, which Beggs, City Prosecutor Justin Bingham, Municipal Court Judge Tracy Staab and several Spokane County judges flew to New York City last November to observe. In the program, eligible defendants facing nonviolent charges who are deemed to not be a public safety risk by a judge are released on the condition that they meet regularly with a social worker from a nonprofit agency. The social worker then helps clients make their court dates and can refer them to services like affordable housing and drug addiction treatment.

New York's Supervised Release Program, which started as a pilot in 2009 and was expanded in 2013, has shown success, according to some tabulations. An estimated 89 percent of defendants released into the program made all their court dates while 92 percent weren't rearrested on a new felony charge, according to an October 2018 report from the New York City Mayor's Office of Criminal Justice.

"There are some people who can be released with no conditions given their history and the nature of the crime," says Judge Staab. "By [giving] them a caseworker who is going to help them get back to court and fulfill their obligations, we can accomplish a lot more without the expense and the trauma of putting them back into custody."

There's a cost-savings argument as well. While only 39 of the roughly 900 inmates in the Spokane County Jail were defendants in the city court system who could be immediately released on bail, according to an October snapshot of the jail population, it costs the city an estimated $130 per day to keep each of them in county custody. Additionally, the New York City program is thought to cost around $2,500 per defendant for a participation period of three and a half months, while holding someone in the Spokane County Jail for that same timeframe would cost $25,000, according to figures from the Spokane Justice Taskforce.

Staab says that the city is billed even if defendants are booked and then promptly released. "They just book and release them and the city gets charged," she says. "Everyone in the system has this big frustration about the book-and-release policy and we're hoping that this helps reduce that."

The $250,000 for the program came out of the city's Public Safety Levy, which was approved by voters in early 2019. The council is drawing from a chunk designated for "crime reduction" to fund the project.

Now, it's up to the Spokane Municipal Court system to get the program up and running.

"I'm hoping that we can get it done in the next couple of months," Staab says. ♦