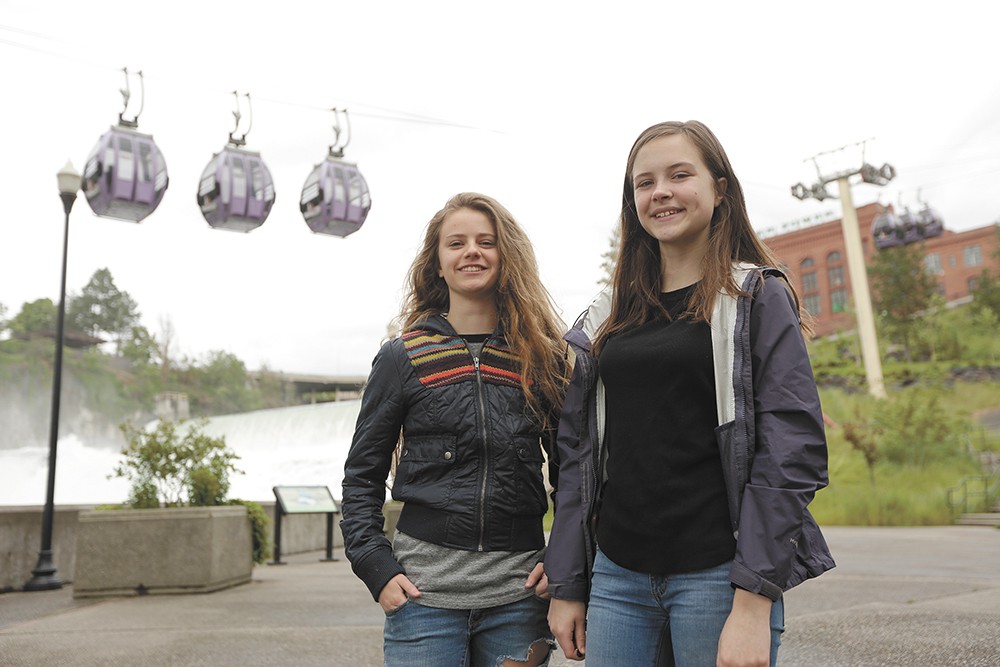 In a city with writers who regularly publish acclaimed work,

a group of talented teenage wordsmiths are paving their own paths to success.

Inspired partly by those successful adult writers, yet driven by an urge to write that's been burning within them for most of childhood, these teens are publishing poetry collections, curating anthologies of their peers' work and landing major accolades.

While these are truly impressive feats for a set who haven't yet marked two decades on Earth, the teens are quick to point out that the positive attention, potential scholarship opportunities and adult praise — the least of which are comments along the lines of "Wow, that's really good for someone your age... " — are not why they do it. Rather, they write for the sake of writing.

"I think there is a strange cultural perception of what teenagers are, and it's perpetuated by people thinking that's what they are," remarks 19-year-old Spokane poet Lauren Gilmore.

"It's also funny to me that people are surprised that teens can do things, because, obviously!" she continues, laughing.

At 16, Gilmore won the title of Spokane Poetry Slam Grand Champion, but she was too young at the time to compete in the national competition (the minimum age is 18). Last year, the Portland-based University of Hell Press published a collection of her haunting and insightful poetry, Outdancing the Universe. Now, she's revising her first novel and drafting a second.

Like Gilmore, Brittan Hart and Madison Seipp are local teens who are "doing things." This week, the duo, both 15, launch their co-led project Riverside Storybook, an 85-page collection of poems, prose and art by their peers across Spokane County.

Hart, a homeschooled student, was inspired to curate a teen-only anthology after seeing the first edition of past Spokane Poet Laureate Thom Caraway's Railtown Almanac anthology, released in 2014 when she was in seventh grade. Soon after that, she and Seipp, a freshman at Lewis and Clark High School and a neighborhood friend of Hart, teamed up to organize the project.

A call for submissions went out in January of this year asking local teens in grades 6-12 to send in their art, poetry and other works for the project. After sorting through 127 submissions, Hart and Seipp — with the help of three other students — narrowed down the final publication list to 76 pieces by 47 teens.

The teens did most of the work on their own, but local poet Brooke Matson, program director of the INK Art Space and Spark Center, offered some guidance.

"It's rare to find that much motivation and gumption in a ninth-grader, and it's rare to find someone who is going to chase their dream that aggressively," Matson notes. "[Brittan] had the vision from the beginning, and knew what she wanted it to look like."

The resulting collection of mostly poetry and photography-heavy art submissions in Riverside Storybook showcase creative output at all levels; from novice poets in the early stages of honing their voice and style to standouts like 16-year-old Ben Read. Two of his poems are printed in the collection.

Read is a Lewis and Clark junior whose mother, Laura Read, happens to be the current Spokane Poet Laureate. Last year, Ben was named one of the top 15 Foyle Young Poets of the Year by the UK-based Poetry Society. The international competition chose his piece "Mario Kart: Brain Circuit" out of more than 12,200 submissions.

Growing up in a household where the written word is held in high esteem, Read most enjoys writing creatively for the process.

"I love the feeling of creating and bringing something into the world that has value that wasn't there before," he says. "Finding that image or combination of words that really resonates with the poem, or me as the writer, or with the reader, is always a really great moment."

The accomplishments of his peers — Gilmore, Hart and Seipp included — also inspire Read. He and a group of classmates are currently launching Lewis and Clark's first-ever student literary journal, and they look to Riverside Storybook as a prime example.

Continuing this interconnected web of inspiration and support, Read's mother has been an instrumental mentor to Gilmore's writing pursuits, also helping connect the aspiring novelist with local, published authors Kris Dinnison and Sharma Shields. Both have read drafts of Gilmore's novel, volunteering their advice to a writer new to novel writing.

"I was thrilled to get to read more of her work. Her prose has that same beautiful quality her poetry does," notes Dinnison, having seen Gilmore perform at local poetry slam events.

While her eventual goal is to publish the novels, a trilogy blending drama with elements of fantasy and magic, Gilmore is mainly focused on honing her craft and writing a version she's happy with.

"Don't worry about your peers considering you as strange," Gilmore offers as advice to other young writers. "Because if you step back a little, there are people in the community more than willing to help. You're not on your own, and there is not one way people become writers or write. It's all very subjective." ♦