Yes, gassy cows pose a threat to the climate; but seaweed might save us 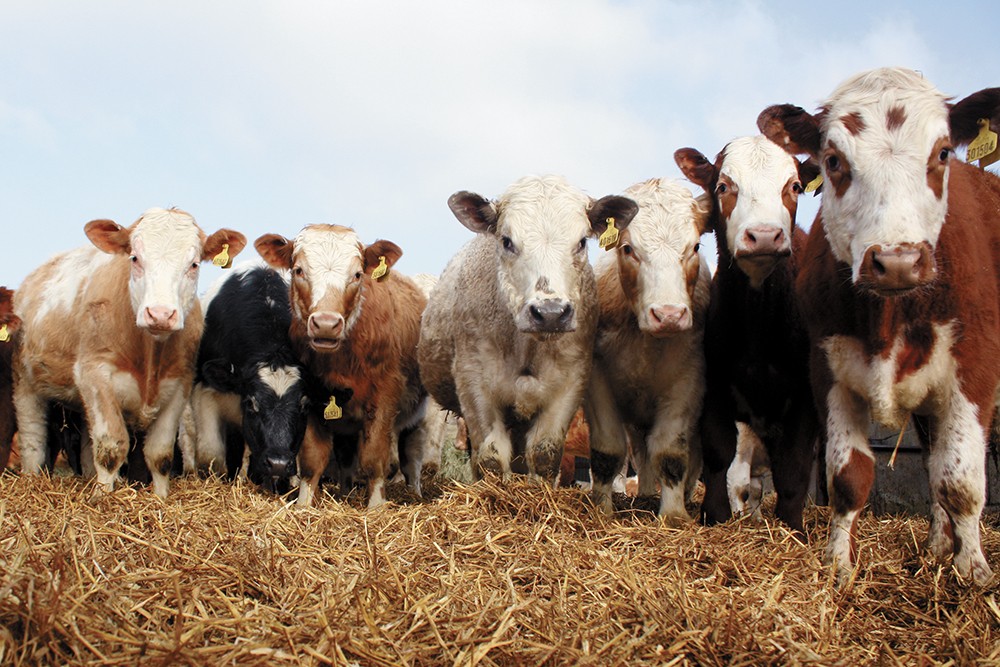 If we're not willing to change how much beef we eat, maybe we can help the climate by changing what our beef eats.

Let's get one thing straight right off the bat: The problem isn't farting cows. There's no need to be gross. Cow farts may be funny, but they're not really threatening the future of Earth itself.

It's cow burps that are the problem.

Environmentalists have been concerned about greenhouse gases emitted from livestock for a long time, but earlier this year the issue was given public attention almost accidentally.

In February, Rep. Alexandria Ocasio-Cortez (D-New York) launched her outline for the "Green New Deal," a push to get the United States to a "net-zero" of greenhouse gas emissions in a decade.

But her team also inadvertently released a draft FAQ that not only called for a plan to "work with farmers and ranchers to create a sustainable, pollution and greenhouse gas-free food system," but also had a line suggesting that eliminating all greenhouse gas emissions in a decade may be infeasible because "we aren't sure that we'll be able to fully get rid of farting cows and airplanes that fast."

"I visited different areas in Utah," Lee joked. "Every cow I spoke to said the same thing: 'Boo.'"

No, serious environmentalists aren't calling for the elimination of all cows. But they are concerned about the very real impact of cow burps on the global temperature.

"If we don't look at the carbon and carbon-equivalent impact of industrial animal production, it's impossible to have a stable climate," says Brian Henning, chair of the Environmental Studies Department at Gonzaga University. "If we did everything else right, if we electrified the grid, if we moved transportation to the grid, if we minimized gas for heating... we still wouldn't get to a stable climate without addressing livestock production."

When we think about greenhouse gases, the first — and perhaps only — gas that comes to mind is carbon-dioxide. But methane — yes, the gas we associate with farts — is a major player as well. The good news, says Henning, is that methane tends to last in the atmosphere for a shorter period than carbon dioxide. The bad news, he says, is that, even taking that into account, methane is 25 times more potent on the climate than carbon dioxide over a century.

Which brings us to cows. Ermias Kebreab, professor at the UC Davis' Department of Animal Science, says the problem starts with the cows' diet. Cows and other ruminates, like deer, giraffes and goats, tend to eat highly fibrous material like grass.

"To be able to do that, they have to work with the microbes of their stomachs," Kebreab says. "They have hundreds of thousands of different microbes working together."

"Basically, you have the methane coming out of the mouth almost constantly, sometimes in higher doses," Kebreab says.

Since the methane is produced in cattle stomachs, the vast majority of the gas comes out of the cow's mouths, not the rear.

"We don't worry about the methane coming out of the other end," Kebreab says.

How big of a deal is that? It depends on how you look at it. In the United States, methane from livestock comprises about 4 percent of greenhouse gas emissions, Kebreab says, while globally it's about 14.5 percent.

But from Henning's view there's another way to look at it. According to his 2011 article in the Ethics and the Environment journal, "Standing in Livestock's 'Long Shadow,'" if livestock continues to grow to meet global demand, by the year 2050, livestock emissions alone will take up a full 70 percent of the greenhouse gases the world can afford to emit without making climate change worse."

You'd have to cram all other human activity, Henning says, in the 30 percent you have left.

"In the end, the more animal products one consumes, the more destructive one's diet is to the environment," Henning writes.

Yet, increasingly, the idea of cutting way down on traditional meat is becoming less and less absurd, even for deluxe meat lovers. Henning points to a promising branch of research that doesn't require any moral hectoring: plant-based substitutes.

"Redefine what meat is," Henning says. That includes experiments to stimulate stem cells to grow meat in a lab and to create plant-based burgers that taste a lot like meat. So far, the most successful may be the "Impossible Burger," touted by Impossible Foods as producing "87 percent less in greenhouse gas emissions" than a real-meat beef burger.

Chef J. Kenji López-Alt, author of The Food Lab, wrote in 2016 that the Impossible Burger is a "marvel of modern science that makes me optimistic about the future of our food system," but that doesn't taste yet quite identical to beef. But with toppings, he writes, the difference is hard to tell. And already, Burger King, of all places, has decided to pilot the "Impossible Whopper" in its restaurants. So has Red Robin, a previous winner of the Inlander's "Best Burger" award.

Meanwhile, science may offer another solution. If you can't take the cow out of the American diet, maybe you can take the methane out of the cow. Change what the cow eats so it stops burping as much methane.

"Although it's possible to reduce methane emissions with diet, it becomes uneconomical," Kebreab says. (Ironically, while it may be healthier to eat cows fed with grass instead of grain, Henning notes that grass-fed cattle actually produce more methane.)

Far more promising is the chance to change how cattle process their food. That's where seaweed comes in.

"It has an active ingredient called bromoform," Kebreab says. That natural ingredient inhibits the conversion of the hydrogen in the cow's stomach into methane. By adding about 3 to 7 ounces of seaweed to the cow's diet a day, his research has shown, you could reduce the amount of methane emissions by up to 60 percent. And there are other promising leads. A compound called 3NOP that similarly inhibits microbial enzymes is awaiting FDA approval. Mootral, a feed supplement from a Swiss company, does the job with a proprietary garlic and citrus extract blend, Kebreab says.

But there are still a lot of logistical challenges to study. Like, how do you grow enough seaweed for the more than 94 million cattle in the United States? And how do you make the supplements cheap enough that even big agricultural corporations will be willing to purchase them in bulk to fight climate change?

"The price will make it or break it," Kebreab says. ♦