Young Protesters Say Voting Isn’t Enough. Will They Do It Anyway? 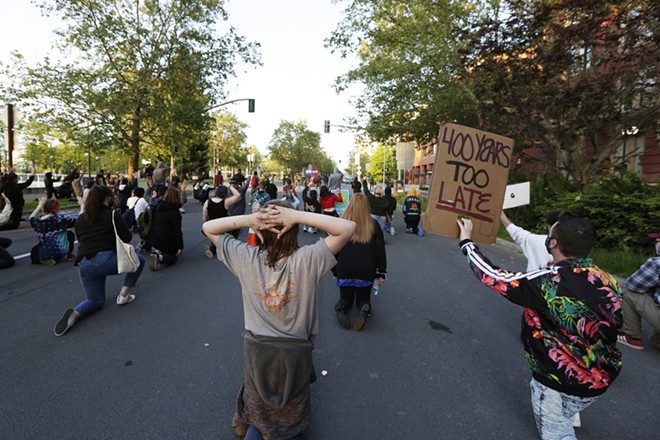 
Barack Obama has a favorite saying on the campaign trail: “Don’t boo — vote.”

And young protesters, galvanized by police brutality and a rash of political disappointments, seem to be sketching out a present-day response: Sure, maybe. But first, some well-directed fury.

As nationwide demonstrations continue to simmer, interviews with millennial and Generation Z protesters and activists across racial lines reflect a steady suspicion about the value and effectiveness of voting alone. Their disillusionment threatens to perpetuate a consistent generational gap in election turnout.

The frustrations of today’s younger Americans speak to the particular conditions of the era, with a preferred candidate in the past two Democratic presidential primaries, Sen. Bernie Sanders of Vermont, falling short twice and a sense that those in office have done little to stem a flood of crises. The deaths of black people at the hands of law enforcement. The relentless creep of climate change. Recurring economic uncertainty — this time amid a pandemic exacerbated by missteps across the federal government.

“In an ideal world, all of these issues would be solved by going out and voting,” Zoe Demkovitz, 27, who had supported Sanders’ presidential campaign, said as she marched against police violence in Philadelphia. “I tried that. I voted for the right people. And this,” she concluded, adding an expletive, “still happens.”

In a post on Medium, Obama disputed the notion that racial bias in criminal justice “proves that only protests and direct action can bring about change, and that voting and participation in electoral politics is a waste of time.”

“Eventually, aspirations have to be translated into specific laws and institutional practices,” the former president wrote, italicizing liberally, “and in a democracy, that only happens when we elect government officials who are responsive to our demands.”

People of color have signaled a particular weariness with the implication that voting is a cure-all, especially given the scale of voter suppression efforts and other barriers to the ballot.

Whether younger Americans find a candidate to believe in is another matter. Jason Culler, 38, who attended a march in Philadelphia, predicted that the current election cycle would not produce leaders who adequately reflected the crowds filling the streets.

“Not this election, not the Democratic Party, not the Republican Party,” he said. “These people don’t represent us. That’s why we’re out here still fighting the same thing.”