Books to know about, at least this week

Books to think about buying so you can put them on your nightstand and think about reading them before deciding, years later, to give them to Cousin Melanie:

Cultures of War: Pearl Harbor, Hiroshima, 9-11, Iraq, by John W. Dower (Norton, Sept. 7)
Nations are over-confident when heading into war, and the way we occupied Japan after World War II was better than the way we're occupying Iraq now.

To the End of the Land, by David Grossman (Knopf, 600 pages, Sept. 21 )
Ora wanders through Galilee, worried sick about the fate of her son, who has re-upped with the Israeli army; she's joined by her damaged, ex-POW and former lover, Avram. Grossman's own son was killed in 2006 during the Israel-Lebanon conflict.

Madison and Jefferson, by Andrew Burstein and Nancy Isenberg (Random House, 850 pages, Sept. 28)
They knew each other for more than 50 years. Among the surprises: Jefferson played a lot of political "dirty tricks": Madison was more than just the political theorist who got the Constitution drafted and ratified.

Great House, by Nicole Kraus (Norton, 290 pages, Oct. 5)
An old wooden desk links this novel's plots. Did the desk once belong to a poet killed by Fascists in Spain? It's in a Jewish household in Budapest when anti-Semites come calling; then a man spends his life retrieving art and furniture taken by the Nazis. Then a woman writes violent stories in her attic on the desk before passing it along to a poet who is disappeared in Chile under Pinochet.

Nemesis, by Phillip Roth  (Houghton Mifflin, Oct. 5)
In 1944, Bucky Cantor is a pretty good camp counselor; by 1971, his life's in shambles. Maybe that's because, back in Newark, he witnessed one kid after another falling victim to a polio epidemic.

American Grace: How Religion Divides and Unites Us, by Robert D. Putnam and David E. Campbell  (Simon & Schuster, 700 pages, Oct. 5)
The '60s secularized American churches; the '70s and '80s brought an evangelical backlash; and now the '90s and Oughts have brought on the rise of the unchurched. Putnam (Bowling Alone) and Campbell suggest that conservative/liberal distinction are more significant than differences of denomination — which might factionalize the country, except that younger people are so tolerant on social issues that it may not matter. In the face of all this social change, Americans remain believers who are committed to religious freedom. 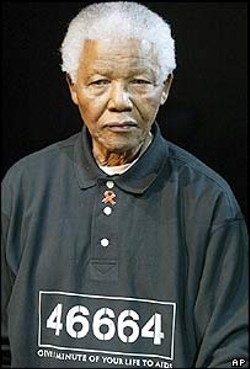 Conversations with Myself, by Nelson Mandela  (FSG, Oct. 11)
While he was in prison at Robben Island, Revenge of the Nerds was (surreally) screened for him. Based on letters, notes, diaries and an unfinished autobiography, this offers insights into the indignities and defeat of apartheid. (Mandela trained as a guerrilla fighter before his 27-year prison stint.)

Compass Rose, by John Casey  (Knopf, 370 pages, Oct. 19)
Elsie, a prodigal daughter herself, now raises her daughter Rose from infancy to teenage years on the shore of Rhode Island — while living next door to the girl's unacknowledged, married father. This is Casey's sequel to his 1989 NBA-winning novel, Spartina (and the jury's out on how well this second, linked novel stands on its own).

Updated: There will be McMorris Rodgers/Romeyn debate after all