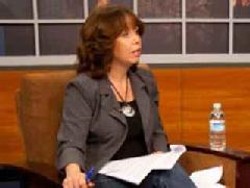 Shannon Sullivan mounts recall effort against Steve Tucker — The spark plug citizen who led the successful recall against Mayor Jim West in 2005 is back, and now she has her sights on Spokane County Prosecutor Steve Tucker, alleging acts of malfeasance, misfeasance and violations of his oath of office. (KXLY)

Ridpath Hotel still not up to code — Six months after the City of Spokane ordered the hotel cleaned up, it still doesn't have sprinklers, among other things. (SR)

A Christmas Carol at the Spokane Civic Theatre

Sisters of Swing at Interplayers

The Fabulous Chicken a la King at Brews on Washington

The Nutcracker at the Fox

From Cairo to the Cape, climate change begins to take hold in Africa (Guardian)

Man plays baseball with himself in space