Several Republican representatives, including Rep. Matt Shea, R-Spokane Valley, have signed on as sponsors of House Bill 1788, listed as the "Safer Schools Act of 2013." Two Democrats from southwest Washington have also joined.

The bill would open the door to allow school boards to set up protocols for teachers and other district employees to carry and store firearms on school grounds.

"'School grounds' means elementary or secondary school premises, school-provided transportation, or areas of facilities while being used exclusively by schools," the bill states.

Any school district looking to allow firearms would have to write up a lengthy policy outlining training and eligibility requirements, the number of employees authorized, types of firearms and ammunition allowed, storage protocols and the circumstances under which they could be used.

The bill also outlines certain training requirements such employees would have to complete through the state's criminal justice training commission.

"[Employees] who are authorized … to possess firearms on school grounds are responsible for obtaining an approved firearm and ammunition, and paying the costs of the required training program," the bill states.

Mark Howard, security supervisor for Spokane Public Schools, says he has closely monitored the ongoing debate about school safety, but he believes arming school employees could be an unsettling step.

"As a country, as a culture are we ready to see teachers in the classroom armed?" he asks.

Safety is already the highest priority for educators, Howard says, noting communities have a number of mechanisms already in place to help protect children. He says introducing firearms to schools would involve many new "moving parts," from training to union negotiations.

"I certainly don't see a need for armed teachers here in Spokane," he says. "We live in a stable, safe community."

A spokesman for the state's Office of Superintendent of Public Instruction says state-level education officials had not yet reviewed the bill and could not immediately comment on the proposal.

Introduced by Rep. Liz Pike, R-Camas, the bill argues some schools may prefer to arm employees instead of paying for private security or an armed school resource officer.

"The legislature … finds that for some school districts this can be cost-prohibitive," the bill states. "It is the intent of the legislature to provide local school boards additional options to provide for school safety …"

The bill had its first reading this morning and was referred to the Judiciary Committee. 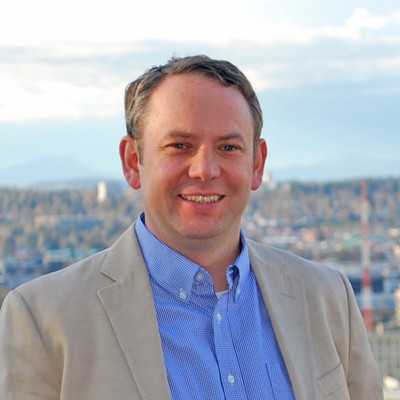 CAT FRIDAY: The Teal Cat Project is kitty cause you should know about