The year was 1971. The Rolling Stones were on the top of the charts. Hot pants, bell-bottomed trousers, midis and fitted blazers were all the rage. Barbara Reel and Dave Snyder were seniors, and friends, at North Central High School.

Dave was looking for a date to the prom and decided to ask his “nice, cute and good-looking” friend Barbara. She was dating Greg Kolbet, her future husband, at the time. She had to turn Dave down. She ended up missing her prom completely because Greg, who was five years older than her, went to prom before and didn't want to go again. Dave ended up going to prom with an ex-girlfriend.

Young Kwak
Yearbook photos of Dave and Barbara from 1971.

Fast forward to May 24, 2011. Barbara, now Kolbet, was a volunteer on the 40th year reunion planning committee. She had been widowed and single for 25 years after Greg succumbed to multiple sclerosis. Dave, who recently transferred back from Arizona, decided to attend a meeting of the planning committee.

“I recognized him the minute he walked in,” Barbara says. Dave didn’t recognize Barbara until they started speaking.

They didn’t see each other until the class reunion on Aug. 6 at the Red Lion River Inn. As with many reunion attendees, Barbara and her friends rented a room at the hotel to host parties. Dave went from room to room to catch up with friends and ended up at Barbara's room. They ended up hanging out for the rest of the night.

Dave knew, after the reunion, that she was the one.

They began dating and moved in together soon after. “We just hit it off,” says Barbara. “We talked about everything and it was comfortable to talk.”

Almost a year later, the couple had a commitment ceremony at their house on June 9, 2012. They were married the following March in Las Vegas, during the 2013 WCC tournament.

Dave ordered so many suits for the commitment ceremony that Men’s Warehouse gave him a free suit. On a whim, he said to Barbara, “I have a suit. I’m going to take you to prom.” 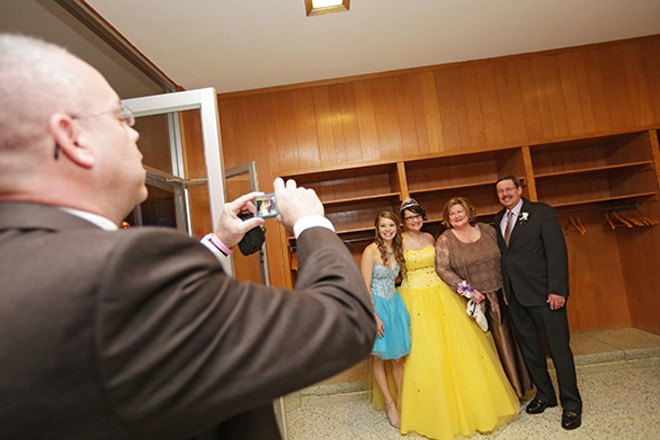 The couple called North Central High School Assistant Principal Steve Fisk, who received permission from the student council for the couple to attend prom with the current seniors, pending a background check.

After taking official prom photos and hanging out with their family, Barbara, now Kolbet Snyder, and Dave attended prom at the Mukogawa, where they were crowned honorary king and queen. 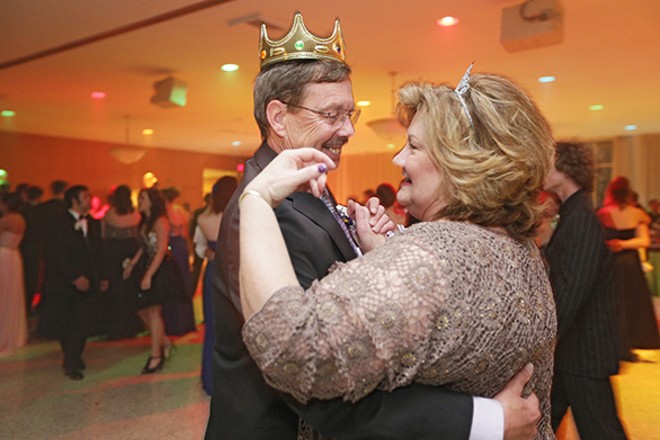 The DJ played current hits, plus songs they requested. Surrounded by the graduating class, under nightclub lights and the haze of a smoke machine, they danced, enjoyed each other’s company and finally had their prom date together, 42 years later.

An abbreviated version of this story was run as a Photographer's Eye in this week's print edition of The Inlander.

SUMMER CAMPS: Photos from behind the scenes at Camp Inlander

Data breach may leave criminals at risk of ID theft