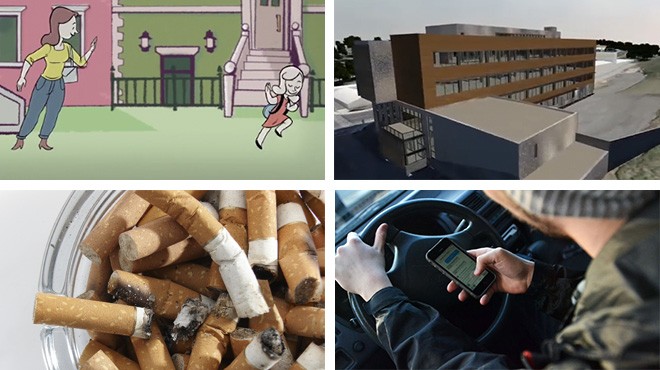 Clockwise from top left: A scene from the LunaFest film festival; the new clean technology laboratory at WSU; new research on texting and driving (Daily Evergreen); smoking on campus.

LunaFest: The U of I Women’s Center is hosting the only national touring festival of short films by, for and about women for the ninth year in a row starting today at 7:30 pm at the Kenworthy Performing Arts Centre. (U of I News)

Presidential work: U of I's new president, Chuck Staben, has his eye on raising enrollment and expects to see strong efforts put toward recruitment for the Moscow campus, particularly of Idaho students. he also plans to look at Idaho's research and opportunities the institution has to participate in high-end research as a land-grant university. (Idaho Press)

Texting and driving: A team of two WSU marketing professors has concluded the best way to keep people from texting and driving is to scare them by remind drivers of their mortality through a combination of imagery and verbal warnings. (Daily Evergreen)

Tobacco-free: Next week, the student government at WSU will ask students to vote on a campus-wide tobacco ban, which would prohibit any substance with tobacco including cigarettes, hookah, e-cigarettes, and chewing tobacco. The change would help the university to avoid the costs of designated smoking areas. (KLEW TV)

Low enrollment: NIC's declining enrollment is getting a lot of attention lately, and administrators and trustees seek to cut $2.3 million from next year’s budget. Enrollment declined by 11 percent this year and is expected to drop another 10 percent next year. (S-R)

Sports teams: NIC President Joe Dunlap and Athletic Director Al Williams are recommending a transition to the Northwest Athletic Association of Community Colleges from the National Junior College Athletic Association. The former consists of community colleges in Washington and Oregon. The move move would mean that the team would offer fewer scholarships and field a lower level of competition. (CDA Press)

College Bound Scholarship: Since 2007, more than 151,600 low-income middle school kids here have signed up for College Bound scholarships, which bridge the gaps between other financial aid plans and total school tuition. A recent study has shown that 63 percent of college sophomores who’d signed up for the College Bound program as middle-schoolers said the scholarship inspired them to graduate from high school, and 83 percent said it motivated them to earn higher GPAs. (Seattle Times)

Tuition for veterans: A bill that would offer veterans in-state college tuition rates has stalled in Olympia despite unanimous support in both the House and Senate because the Republican-run Senate and Democrat-led House can't disagree on which chamber should get credit for sponsoring it. (Tacoma News Tribune) 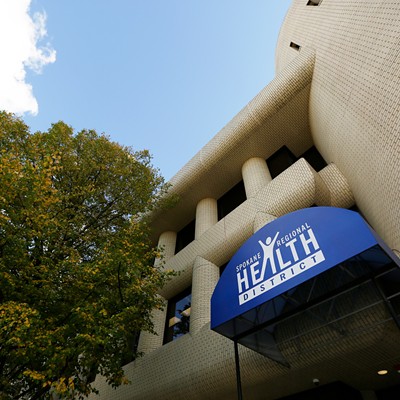