What to expect from Walt Worthy's new Convention Center Hotel 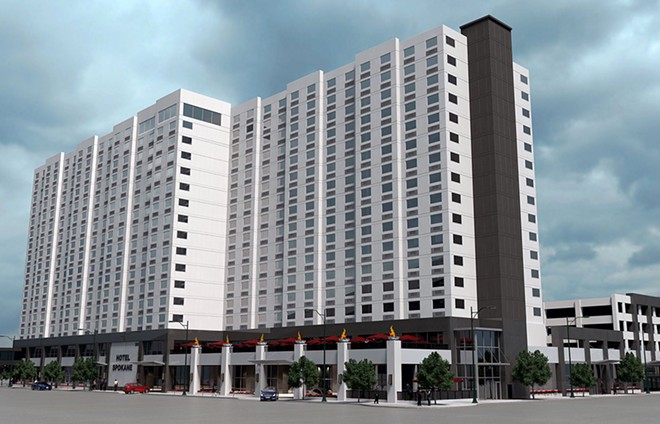 The Davenport Hotel Collection’s website has a new look, and with that relaunch comes an updated view of Walt Worthy’s newest project, the Spokane Convention Center Hotel.

In case the name isn’t clear enough, this is the hotel that’s under construction in downtown Spokane between Main Avenue and Spokane Falls Boulevard, near the convention center and Riverfront Park, on the site of a former parking lot. After some doubt about whether it would even happen, the groundbreaking took place last fall and it’s scheduled to open in the summer of 2015.

Some of the updated figures:

Aside from the parking, that overall capacity is sized down a tiny bit from the initial Spokane Public Facilities District press release back in September.

Some of the amenities of each room:

Dogs are allowed for a $30 nightly fee, and the convention center will be connected by a skywalk.

Renderings are known to change a fair amount during the design and construction process, as you can see here from previous versions that show the hotel with entirely different materials and windows.