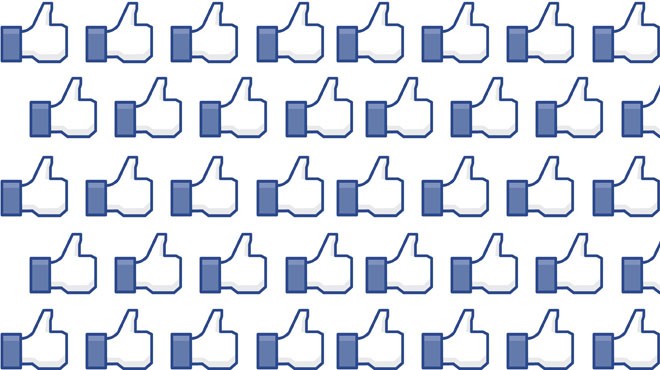 Likes make me happy, it's true. Not as happy as clicks.

This week’s issue has an analysis of media “clickbait” by Scott Leadingham, which I read with particular interest since I’m the Inlander’s web editor and I’m the one who typically monitors what we post on a daily basis and whether people click on those posts.

And I don’t disagree with Leadingham’s premise, but I don’t want readers to think the Inlander is purposely publishing content to lure your clicks. Because we’re not. We’re nowhere near that organized.

Unlike a number of other news organizations, we don’t have quotas about how many posts writers need to write each week. We don’t give out bonuses based on web traffic. There is zero connection between our ad sales and our web popularity. Our news writers in particular are free to pursue long stories and do in-depth reporting without anything to show for it on a daily — or sometimes even weekly — basis. That’s rare in modern newsrooms, and we’re fortunate to have editors who value that. Part of it is the economics — despite the gloomy outlook for print media in general, we still do pretty well for ourselves with print advertising.

Google Analytics in real-time. So addictive.

Of this entire company, then, I’m the only one who regularly operates in that sometimes-distorted online world of content creation where clicks imply value and viral is gold. So, real talk from what I’ve learned (presented as a list because lists can be good even if they’re often misused as clickbait):

1. “Macklemore and Ryan Lewis” is a magic phrase. That’s one thing Leadingham gets very, very right — we’ve never written anything about them that hasn’t been popular. You can check out my list of Top Posts of 2013 to see just how much that’s true.

2. People click on what they already like, not what’s new. This is perplexing and frustrating, but people are much more likely to click a link about a major national band that’s in town than one about our local scene. Same goes for food — people are more likely to read about restaurants they already like (or think they’ll like because it’s a familiar neighborhood or chef) than about something totally new.

3. If we wanted more clicks, we’d cover more breaking news and crime. This is the bread and butter for TV news and we don’t have the vans, gear and people to compete with them. And we’re fine with that.

4. If we wanted more clicks, we’d write about more non-local stuff that’s already been covered. But unless we have a unique perspective, we’d rather do something original that doesn’t just feed into the Internet echo chamber. Daniel Walters’ TV analysis posts typically do well, just because TV shows have a broader national audience than, say, local theater.

5. Nothing gets clicks between 4:30 and 5 pm. Are you all just driving home then or what?

7. Visuals matter. One of our most popular music posts that I can remember was this one, which Facebook just happened to crop in an especially intriguing way. But yes, many posts about important documents or meetings are relatively doomed because there’s nothing that eye-catching about the visuals. We have joked about staging a photo shoot with the police ombudsman on a scenic bluff at sunset.

8. Sometimes we make fun of readers for clicking on Macklemore stories. As they say, smh. But that’s mostly because we’re sad you didn’t click on the important cover story we spent countless hours to report and write. In the halcyon days of print, you could put out an important cover story and then imagine all the people reading it from beginning to end. The web isn’t so kind; you can tell very precisely whether people are reading it or skipping to something else.

Also, whenever we post something fun that gets really popular on social media, some smartass will comment something like, “How about some news that actually matters, Inlander?” And I always want to be like: Where were you earlier when I posted news stories that mattered? Because I know you didn’t click then.

Sometimes our readers surprise me, and a story that I’ve written off as too dry, policy-based or serious to be very popular will completely take off. Our State of Mind series on the mental health system is a good example — I feared that wouldn’t get much traction online, and it’s done quite well. Not like Macklemore well, but I’m consistently encouraged that people do care about important stories even if they’re not gussied up with gimmicks.

I do take issue with Leadingham’s characterization of Cat Friday as “clickbait.” The confusion is understandable since cats are adorable and rule the viral Internet world, and in the past Cat Friday (which predates my time at the Inlander) was sometimes little more than a collection of cute cat photos. But these days it’s written by Chey Scott, who cares very much about the topic and does original reporting for posts that do matter to pet owners, like what to do if you find abandoned kittens. Hard news? No. But newspapers have been publishing lighter fare alongside the news since long before the Internet came along, and that doesn’t necessarily make it clickbait. It’s OK to care about national security, the latest city council meeting, college basketball and cats.

I watch our analytics and social media obsessively enough that I’ve become pretty good at predicting what things will get crazy numbers of clicks. And yes, I’ve recently done a couple of these food poll charts because they’re fun for me and for readers. I’m not opposed to fun (and it admittedly would be less fun for me if people didn’t click on them). Sometimes we post pretty landscape photos on Facebook that have no real news value — or any real dollar value, for that matter — but people like them. Sometimes that’s reason enough.

And please, do check out the news section. In fact, here are five recent stories (another list!) that deserve a little more attention than they got:

1. Where are all the doctors? Providing care when shortage is the new normal.

4. Below Grade Millions have been invested in a school data system that major districts find nearly useless.

5. Brothers in Blues Fresh off competing at the International Blues Challenge, Bakin' Phat continues to show Spokane what having the blues is all about.