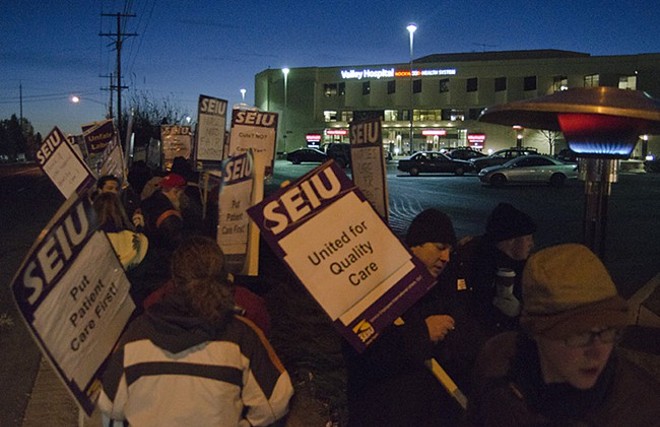 "These charges add even more strength and volume to our calls for the hospitals to stop fighting us and start working with us to provide better patient care," Diane Gross, a Deaconess health unit coordinator, says in a news release.

Hundreds of union nurses, technicians and hospital support workers held a one-day strike on Dec. 4, describing problems with insufficient staffing and unfair scheduling practices. Union representatives say some employees were locked out for the rest of the week after Valley Hospital hired temporary workers to cover their shifts.

The newly filed complaint gives the hospital management until the first week of May to issue a response. It also proposes a labor board hearing for September to consider testimony from the parties.

"We are working to obtain details of the NLRB determination and its rationale," she writes in an email response. "We will assess our options as we learn more."