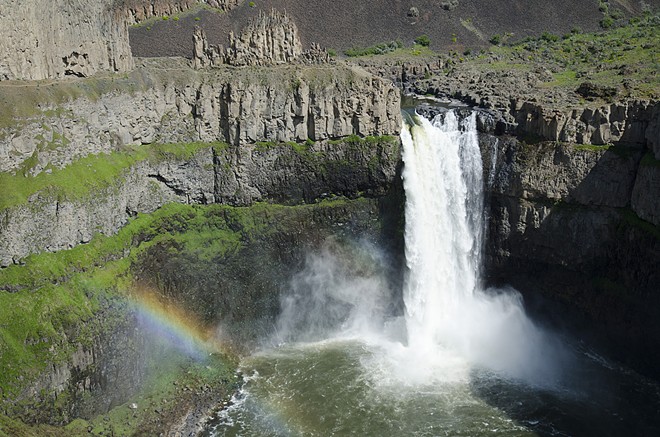 Jacob Jones
Palouse Falls, along with several other Northwest waterfalls, were featured in a national list.

OUTLANDER serves as a weekly round up of Inland Northwest outdoor recreation and natural resources news. This feature will highlight a wide variety of issues and events, ranging from camping tips to national environmental disputes. We’ll also try to include some scenic photos. Feel free to pass along suggestions or curiosities celebrating the Great Outdoors.

But those other facilities involved in the Manhattan Project may be made into national parks. (CNN)

Speaking of, enjoy the largest expansion of national parks and wilderness areas in 40 years passes as part of defense bill. (CNN)

Hiking the new Dishman Hills trail to “the Cliffs.” (OutThere)

And some munchies for deer in wildfire damaged regions of Central Washington. (NWSportsman)

What will they think of next? New phone app predicts Yellowstone geyser eruptions. (NPS)

Some amazing photos of national parks covered in snow and ice. (Daily Mail)

This dog will go skiing in Patagonia with you. (Adventure Journal)

ONE WEEK TO CHRISTMAS: Here are a few outdoorsy gift guides for the Wild-inspired thru-hiker or lumbersexual on your list — Snowlander - Outside Magazine - Backpacker - and an insider wishlist from Gear Institute.

And what are the historic chances of getting a white Christmas? (NOAA)