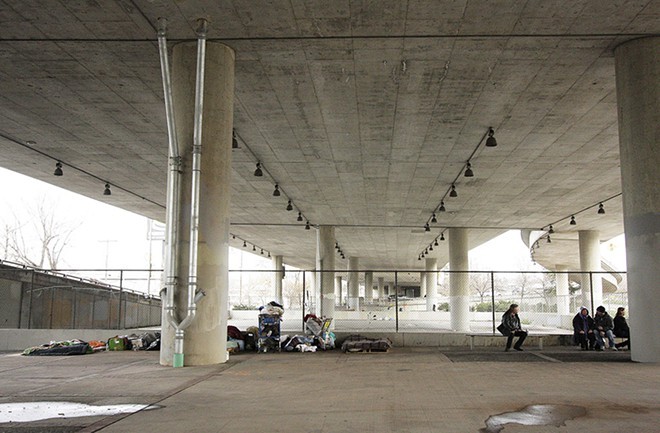 For the second year in a row, Spokane has seen a decrease in the number of individuals and families experiencing homelessness, according to the results of an official count.

Each winter, cities across the country conduct a Point-in-Time count, where outreach workers from local social service agencies visit homeless shelters, bus stations and other places where homeless people might be with the aim of trying to get a snapshot of how many individuals are without permanent housing. It’s required by the federal government, and it provides a snapshot of the problem and helps inform how communities spend resources.

The city of Spokane conducted its count on Jan. 28, finding 981 homeless individuals, a 5 percent decrease from last year’s count of 1,034 people.

Here are some other findings from the count:

• The number of homeless veterans increased slightly. This year, 103 veterans were counted, up from last year’s 101 (but still not statistically significant).

• There were 172 unsheltered persons (meaning their nighttime residence was in a place not meant for permanent human habitation, such as a bus stop, car or camp ground) in 2016. That’s a 30 percent increase of the 132 counted in 2015.

Sheila Morley, community homeless program manager with the city of Spokane, says that increase was likely due, in part, to a warming shelter being closed the night of the count. However, she still says the increase is “concerning” and suspects that there is a larger trend at play.

“We’ve really worked hard over the last five years in retooling that family delivery system and shifting some funds toward permanent housing and rapid rehousing,” says Morley, of the decrease.

• Spokane has seen the number of people experiencing severe mental illness and having a chronic substance abuse condition every year since 2012. But this year was different.

Morley says that the city has prioritized placing chronically homeless individuals, those who’ve had repeated episodes of homelessness or have been on the streets for at least one year, in permanent supportive housing. This population, she says, often overlaps with those experiencing severe mental illness or those with chronic substance abuse condition.

• Of those counted, 759 were considered households. Of those, 68 percent were in households without children, 31 percent without. One percent of households had only children (Morley says these are “unaccompanied minors.”)

• The most common reason given for homeless was a lack of income (83 percent of respondents).