NEWS: The story of a man who died a lonely death after his family's efforts to help him with his mental illness

The fun never ends
Pig Out in the Park may be over, but the Spokane County Interstate Fair is coming to town on Friday. This year there will be a diver there who will swim with sharks. (Spokesman-Review)

Spokane shooting
A 16-year old boy was shot multiple times and was taken to the hospital last night, according to police. Police are searching for the shooter. (KXLY)

Stealing Jesus
A north Spokane couple says a statue of Jesus was stolen from their front yard. (KHQ) 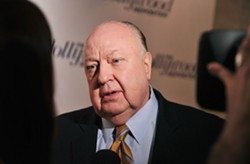 ITT Tech shuts down
ITT Tech, a for-profit college chain, is shutting down its campuses just days after it was banned by the U.S. Department of Education from enrolling new students who use financial aid. (Associated Press)