Scenes from Trump's inauguration and protests in Washington, D.C.


Surrounded by friends, and presidents past, Donald J. Trump was sworn in this morning as America's 45th president.

In his speech, Trump vowed to "rebuild" and "restore" the country and to give the power back "to you, the people."

Trump's speech drew applause from the relatively calm crowd gathered at the U.S. Capitol while police clashed with protesters on the streets of Washington throughout the day.

Two Whitworth University students attended the inauguration and demonstrations today and sent us some pictures and descriptions of what they saw:

Hundreds of protesters flooded the streets — some just blocks from Trump's parade route following his swearing in. They held cardboard signs and paper banners accusing Trump of racism. They also shouted profanity. 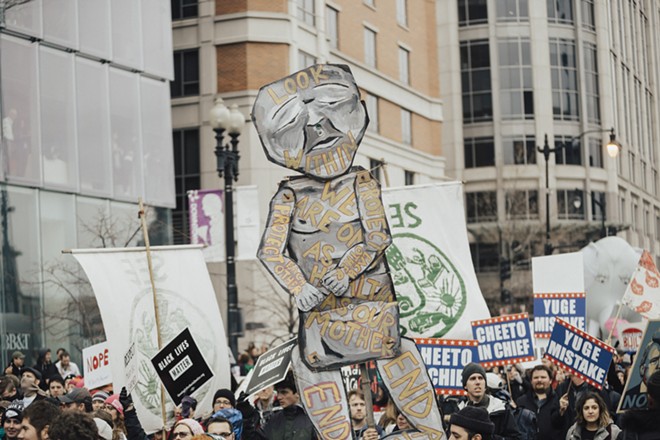 Hannah Brekke Photo
Some news organizations are reporting more than 200 people arrested. More protests are planned throughout the country during the next few days — including Spokane's version of the Women's March on Washington.